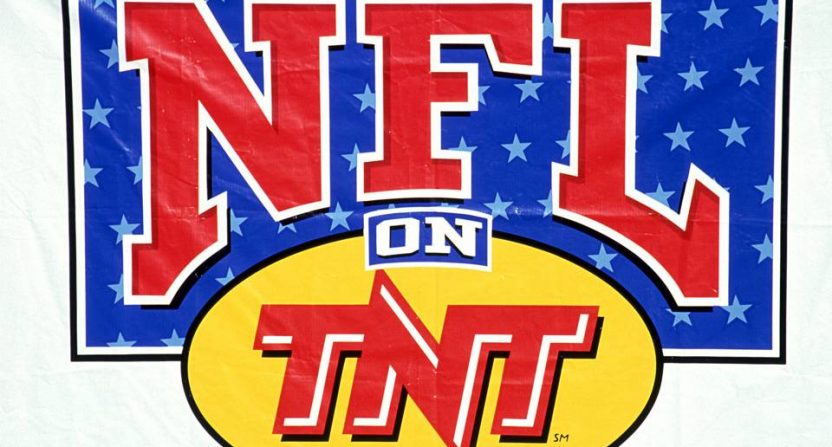 As Turner Sports goes into a new era with CNN’s Jeff Zucker about to take over the division from long-time exec David Levy, he’s already discussing being aggressive in future sports acquisitions.

With AT&T about to take over Turner Sports as part of the new WarnerMedia conglomerate, Zucker tells Variety that Turner “will certainly continue to be a significant player in the sports-rights arena” and that the division will “continue to be aggressive when appropriate and strategic.”

Zucker won’t be part of the day-to-day management of Turner Sports, but he will have oversight of the division which airs MLB, NCAA Tournament, NBA, UEFA Champions League, and incorporates Bleacher Report.

One huge sports property that has eluded Turner has been the National Football League. While the NFL did air on TNT from 1990-1997, the sport has aired exclusively on CBS, ESPN, Fox, NBC, and NFL Network ever since Turner lost the Sunday Night Football cable contract more than 20 years ago.

Let’s take a look at Turner’s history with the National Football League:

After ESPN won the rights to eight late-season Sunday night games in 1987, getting cable involved in televising the NFL for the first time, the league decided to bring in a second cable partner and that was the then-upstart TNT network. The NFL decided to make SNF a 16-week package with TNT getting the first half and ESPN airing the second half of the season.

To celebrate, TNT and its sister networks CNN and TBS aired this promo, calling it “Sunday Nitro,” which wrestling fans know was later used for WCW and “Monday Nitro.”

The NFL liked having Turner and it was able to parlay TNT’s early season success into another four-year contract in 1993. To call the games, Skip Caray was tabbed for the first two seasons, with Gary Bender replacing him in 1992, and then none other than Uncle Verne Lundquist for the final three years, from 1995 through 1997.

The theme used in the second half of its package can be compared favorably to the NFL on Fox music.

In the following video, note that Mark May was one the analysts with Verne. How did Uncle Verne manage to survive?

Tired of sharing Sunday Night Football with Turner, ESPN successfully bid for the entire 16-week enchilada and managed to kick TNT out of the football business. At the time, it left TNT with the NBA and NASCAR and TBS with the Atlanta Braves. So Turner went on its merry way without seriously pursuing football for the period from 1998 until 2012.

By this time, NBC was firmly entrenched with Sunday Night Football, having bought back into the NFL in 2005 after losing the AFC contract in 1998. NBC was paying a bargain price of $600 million annually for the premier primetime package, and the NFL’s Broadcasting Committee wanted NBC to pay more, so it used Turner to drive the up the price. The Peacock ended up paying more than $1 billion annually for SNF, thus keeping the package on broadcast TV.

After airing the Thursday Night Football package exclusively on NFL Network from 2006 until 2013, the NFL wanted a new partner to produce and air a new 16-game schedule, which would be on both the new network and on the league-owned channel. Turner joined the bidding, but because the league wanted the games on both broadcast and NFL Network, having TNT air the games on cable like NFLN would defeat the purpose. Turner’s bid was rejected and CBS ended up with a one-year deal with a one-year option.

After losing out in 2014, Turner went for broke and bid anew for the TNF package joining CBS, Fox, and NBC. However, once again the NFL went with broadcast TV, choosing CBS and NBC to air the package along with NFL Network. Needless to say, this influenced Turner Sports for the next bid.

2018 — Turner elects not to bid for Thursday Night Football

After seeing the writing on the wall in 2016, Turner Sports decided not to bid on the package that was eventually won by Fox. Instead of a contract similar to the previous two, which consisted of a one-year deal with a one-year option, the NFL chose to go with Fox for a long-term five-year contract.

John Ourand of Sports Business Daily reported that Turner Sports did not want to be used as a crutch to drive up the bidding:

Turner execs opted not to serve as a stalking horse to help the league push the rights fee higher. Turner also is hamstrung by the fact that it is in the midst of being acquired by AT&T, and that merger is tied up in the court system …

But now that the legal hurdles for the AT&T purchase of TimeWarner are cleared, it appears that Turner Sports could again kick the tires on one of the NFL’s packages. The conventional wisdom is that Turner would bid for ESPN’s Monday Night Football, but not everything is that cut and dry.

Having a hungry Turner Sports wanting to buy in would be just want the NFL wants, because the league loves to have networks fight against each other to get that bite of the elusive football apple.