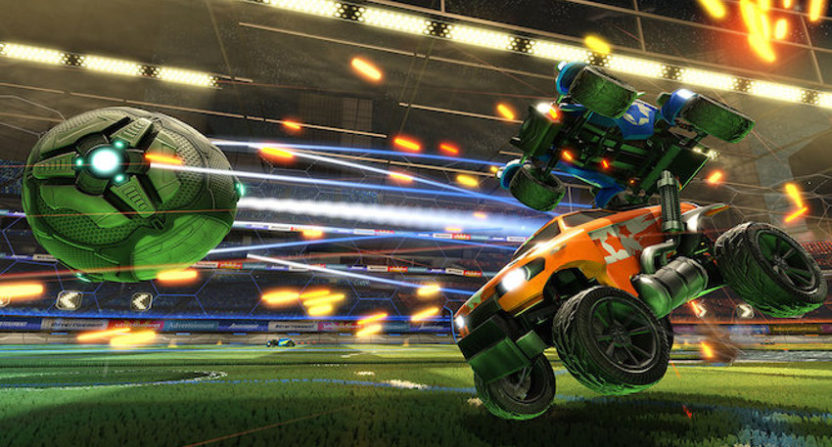 Another esports property is coming to TV. Following televised esports properties from ESPN (2015’s League of Legends broadcast didn’t go so well, but FIFA competitions have worked better), Turner (ELEAGUE, multiple games including CounterStrike:Go and Street Fighter V), the Big Ten Network (League of Legends), the Pac-12 Networks  (multiple games, including League of Legends, Overwatch and Hearthstone) and NFL Network (Madden), NBC is creating a new Rocket League tournament and bringing it to both their regional sports networks and NBCSN. The Wall Street Journal‘s Sarah Needleman broke the news Wednesday:

Comcast Corp.’s NBC Sports plans to announce Wednesday it will televise an esports tournament later this summer, the latest broadcaster turning to competitive videogaming to grow viewership at a time when many consumers are cutting the cord.

NBC Sports is investing in the low millions of dollars on the initiative, said Rob Simmelkjaer, senior vice president of NBC Sports Ventures. “We look at emerging areas of sports,” he said. “Esports has been something tough to ignore.”

NBC did in fact announce it later Wednesday with more details, including that this will be in partnership with Rocket League publisher Psyonix and streaming service/competitive platform FACEIT (which will be running the tournament), and that these competitions will air on NBC Sports’ regional networks (for the regional levels of the tournament), NBCSN (for the finals), Telemundo (in Spanish) and SyFy (internationally). Here’s more information:

NBC Sports Group announced today that it will launch a new esports tournament this summer that will utilize FACEIT’s competitive gaming platform, and numerous NBCUniversal and Comcast regional, national and international assets, to allow gamers of all skill levels to compete in a 2v2 Rocket League tournament for a $100,000 prize pool.

Players who enter the first-of-its-kind tournament will play early rounds on FACEIT, the world’s leading competitive gaming platform, which will also serve as the official tournament operator. The featured game for the property’s debut season will be Rocket League, the sports-action hit with a community of more than 32 million players, developed and published by San Diego-based game studio, Psyonix.

This first-ever 2v2 international Rocket League tournament will begin on the FACEIT platform with regional online qualifiers, which will be divided into competitions for all eight NBC Sports Regional Networks, as well as additional American and European open qualifying regions. Competitors in the RSN regions will then move on to in-studio regional final competitions at select RSNs, and the tournament will culminate in a two-day Grand Finals with coverage of the Regional and Grand Finals across a variety of NBCUniversal and Comcast national and international platforms. In total, more than 40 hours of event coverage will be presented across live-streaming, video-on-demand, and linear platforms.

“NBCUniversal’s and Comcast’s unparalleled multi-platform portfolio has allowed us to create a first-of-its-kind tournament that will be authentic to the emerging world of esports,” said Rob Simmelkjaer, Senior Vice President, NBC Sports Ventures. “It all begins with NBC Sports Regional Networks, allowing us to super-serve esports fans the same way we serve traditional sports fans. We are also excited to be adding Telemundo Deportes, given that the growing Spanish-language audience is an engaged, committed group of gamers. Further, there will be an international component with the broadcast of the Grand Finals on Syfy in the UK, Germany, Australia and multiple countries across Latin America. Our partnership with FACEIT and Psyonix will provide a unique opportunity for gamers across the United States and Europe to participate in Rocket League at the highest level, and reach more competitors than ever before.”

The regional networks’ involvement is maybe the most interesting and different part here, and it makes a lot of sense. It speaks to the closer integration we’re seeing between NBCSN and those regional networks (also shown in the branding switch from CSNs to NBC Sports earlier this year), and it’s creating some content for all of NBC’s sports channels. It also may give new viewers an entry point; it’s easy to root for someone from your area to beat someone from another area, even if you’re new to the sport (something that’s also worked well with esports at the college level and on the college networks). And it’s interesting that NBC is targeting “gamers of all skill levels,” trying to get new faces into this as well as the established esports figures.

It’s also notable that this involves Rocket League. The game’s been described as “blissfully blending together racing and soccer“, which seems like perhaps more of a fit for a sports channel and novice fans than some of the shooters out there, and it’s been involved with plenty of cross-promotions, including ones with Batman v Superman: Dawn of Justice, Back To the Future, and Mario and the Nintendo Switch. It’s already a popular game, and it’s one that could gain even more traction if this tournament takes off.

And NBC appears big on expanding this, putting it into Spanish with Telemundo and sending it internationally with the SyFy broadcasts, and it sounds like they have a long-term plan from “debut season.” It’s clear that NBC sees esports as a growth area, to the degree they’re willing to not only invest in it but give it significant broadcasting play. We’ll see how that works out for them.