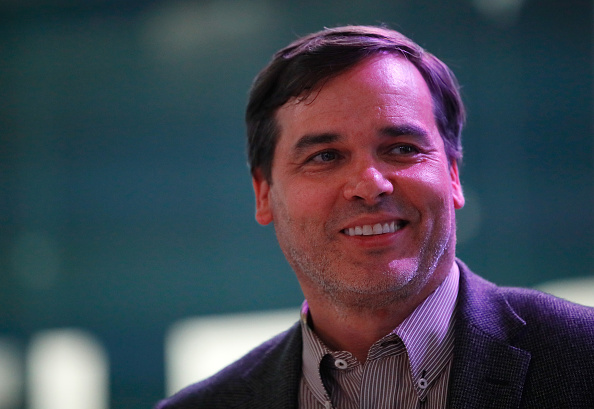 There’s been a rising tide of coverage for eSports recently, with outlets like ESPN, Yahoo, Bleacher Report and theScore all featuring eSports verticals online, but there are still questions about how competitive video gaming works as a broadcast product, not just a coverage one. One of the key efforts to watch on that front is the ELEAGUE, a Counterstrike: Global Offensive competition Turner and WME/IMG paired up to create, run and broadcast. ELEAGUE competitions started this Tuesday and have been broadcast on streaming platform Twitch.tv daily, but things will go to a new level with Friday’s broadcast, which will air on TBS at 10 p.m. as well as on Twitch.  Craig Barry, executive vice president of production and chief content officer for Turner Sports, took the time to talk to Awful Announcing Thursday about the ELEAGUE and how Turner approaches its coverage of it. Barry said one of their key goals was to ensure that they were presenting TV-quality broadcasts on the daily Twitch feeds, not just on the ones that actually air on TBS.

“It’s definitely platform-agnostic, and that’s how we’ve definitely approach this,” Barry said. “It was one of our primary differentiators. When we were looking at the space in the very beginning, we had to ask ourselves what did we think we could bring to the space that would ultimately differentiate ourselves from what’s already there. Because obviously if we can’t do that, it’s probably not worth entering into the space. The first thing was obviously that we think we can bring a higher degree of production value. We can leverage our resources and capabilities from all of our kind of traditional stick and ball platforms, bringing them to eSports and in particular the ELEAGUE, and we felt that we could ultimately raise the level of production. So once we got to that place, we at that point were like, ‘Well, it shouldn’t matter what platform that we’re broadcasting or streaming today, it should be the same high-quality product to all platforms.’ And we’ve really stuck to that since the inception.”

Barry said another key in making Turner’s product and coverage stand out was their commitment to telling the stories of players.

“The second differentiator when we got into the space, first we did the initial research and we see the gargantuan numbers, you know, the global revenue and audience growth, but once you get into the space you feel like it’s probably a lot smaller than you think, a lot more fragmented, a little selfish,” he said. “And so, as I was paying attention and kind of ingesting all of the different content and tournaments, I realized that there was a lot of white space behind the narratives of the individual players. As important as the teams are, as important as the big events are or the leagues themselves, the very fabric of eSports is the individual player themselves. We felt that there was an opportunity to create a a richer narrative, to connect emotionally with the viewer by using our storytelling ability. Who are those players you love, who are those players you love to hate, who are the superstars in the league? Who’s the LeBron James of eSports? So those were the two primary differentiators for us to say, ‘Look, if we can do these two things really well, then we can be successful in this space.”

A challenge with eSports is that there’s a hardcore fanbase, but also a lot of people who don’t know what it is or how it works. Balancing both of those audiences can be tough. Barry said their focus is to create something that will first work for the hardcore fans, but also has the potential to bring in viewers new to eSports, and that’s particularly true when it comes to the TBS broadcasts.

“I would say initially, obviously the eSports community is at the core of our audience and it’s absolutely imperative you’re delivering an authentic product to that audience,” he said. “So that from an approach standpoint that was absolutely paramount for us to make sure that we were listening to the community, that we were interacting with the community, and that we understood the most authentic approach to eSports and specifically Counterstrike in our case. And then we start to talk about the secondary platform, in this case the linear platform of TBS. I just call it secondary because there are 30 hours (a week) of digital streaming on Twitch, and obviously that’s by design. That’s where the audience is, that’s where we need to be. And then we have the secondary platform which is the linear power of the broadcast network of TBS. And I think there is where we have the opportunity to kind of appeal to a more facile audience, create a point of entry and accessibility.

Let’s look at it like a small bull’s eye. Right at the core, at the center position of the bull’s eye, you have the hardcore eSports fan, so that’s where you want to hit, right? You’ve got to be authentic and you’ve got to deliver a great eSports experience. And then that next circle out is probably the casual fan, and that casual fan or people that are interested in eSports and maybe watch sometimes but need a reason, a little bit more of a reason to watch and that’s where we come into the richer narrative, the emotional connection. And then you have this outside ring that’s probably the curious fan who’s heard so much about eSports but hasn’t necessarily engaged in it. For those fans you want to make sure that you’re telling them how to play the game and making sure that they understand the rules of the game. And once you know, you can be, ‘Oh, okay, I understand, I know how to play, and now I can kind of move inward, I understand how to play now, now I can connect to the individual players and now I can actually watch the competition.’ So that’s been really important for us to make sure that we’re understanding how people would potentially enter into the space.”

Barry said that added consideration for new viewers will make the TBS broadcasts slightly different from the daily Twitch feeds, but care will be taken to make sure they still appeal to hardcore fans too.

“From a 300 foot view, they’re going to look simpler,” he said. “On the TBS broadcast, you’re going to teach people how to play the game. You’re going to make sure they understand the nuances of the observer feed and what they’re watching. You might explain the rules you probably won’t do that on the Twitch feed because you know you’re appealing directly to the hardcore eSports community. So I think that at the core, the authentic eSports experience is going to be the same on both. I think that we have an opportunity to to open the door and create that that accessibility for a more casual fan and we have to be conscious of that fan too, someone who’s interested in esports and isn’t sure they’re a fan yet, or someone who may just watch TBS because they’re in the right demo, to the people who might just you know stumble upon it by accident. So we have to consider all the broader audience and cast a wider net. But, to be absolutely clear, that authentic core experience, that gameplay has to be authentic to the hardcore fans.”

One of the most interesting aspects of ELEAGUE is that Turner co-created and co-owns it in addition to broadcasting it. Barry said they did that because they wanted to be fully involved in the eSports community and committed to its growth, not just coming in once a week to televise matches.

“I think we wanted to be totally embedded in the space,” he said. “You have to become part of the community to do that and part of the ecosystem. And that was really important to us. We weren’t just televising an event, we were actually setting up something that was good for eSports and philosophically we felt internally that if it’s good for eSports it’s good for Turner. And so that was part of it. You have to go to where the community is. You can’t just expect the community to jump over to television because you’re doing it there. So it’s a matter of making sure that we were integrated properly with the community. It’s being fully immersed as opposed to kind of just the surface content play on the linear network.”

He said that ownership also means they can create something stable and ongoing.

“We control the direction of the league, we control the IP or the game that we want to use within that league, we facilitate the teams coming in to compete, the talent, the branding,” he said. “Owning the league for us was was an opportunity to be able to create a higher degree of, for lack of better words and I say this humbly, to potentially be able to give back to eSports, to create a higher degree of stability within the ecosystem, as opposed to borrowing a league or a preexisting infrastructure. We just felt more comfortable, and we ultimately thought that we could provide a higher-quality product if we controlled all aspects of the league.”

“We’ve seen some real success in the first couple days, and we’re having a good time.”