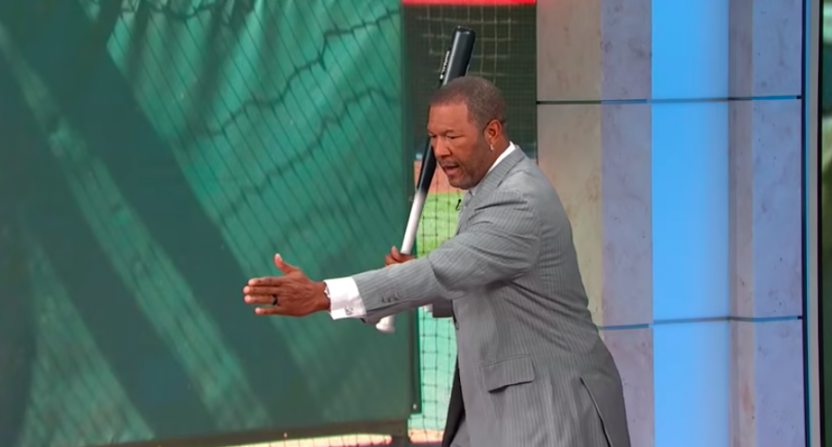 After his retirement from baseball in 2011, Gary Sheffield was invited to join TBS’s MLB Studio Show as a guest analyst in 2013. He was able to parlay that into a more full-time role that he kept until 2020 when he and other members of the studio show were replaced.

When Awful Announcing spoke with Sheffield back in 2018, he talked about how processes the game as an analyst and how he decides what to say on-air.

“It’s something that comes naturally to me,” he said. “I don’t even have to think about it.”

That last part has some new meaning following an appearance Sheffield made on CBS Sports Network’s Tiki & Tierney show earlier this week in which he admitted he had basically stopped watching baseball altogether at that point.

“I don’t watch baseball at all,” Sheffield told the hosts. “I was kind of forced to watch baseball because I was working with TBS. And so I had to remember, really find out who were these players.

“I’ll tell you the secret now: I never watched the games during the season. I would get educated on it when I got there. It’s not something that I could watch, based on what I’m seeing, because I’ll be a complainer. … This is the first time I’ve ever said that out loud, but I’m just truly disappointed with what I watch.”

While the anecdote was about a larger conversation involving today’s game and how Sheffield finds it unwatchable, that’s quite the admission from someone who was paid to analyze baseball for many years on a national platform.

Sheffield certainly knows about baseball. He has 509 home runs in 22 seasons to show for it. But fans tune in to studio shows to (hopefully) get insight that is based on analysis that the hosts are doing before the show even begins. That doesn’t seem to have been the case for Sheff and could potentially be part of the reason he’s no longer with the program. And if he ever wants to get back into broadcasting, he’s going to have to explain that quote for sure…