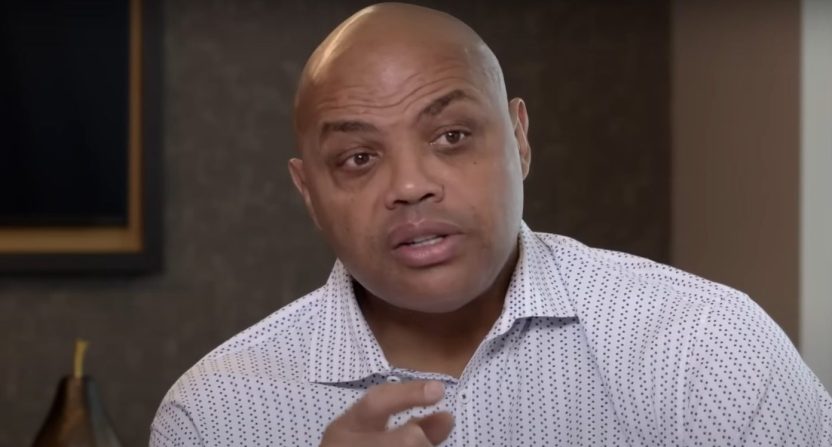 As Charles Barkley works on negotiating his own potential broadcasting deal with LIV Golf, he believes the Saudi-funded league is also nearing a TV network partnership.

Barkley is not a media insider, and he’s not a golf expert. But considering his recent conversations with LIV CEO Greg Norman, his claim of a TV deal being on the horizon certainly carries some clout. Earlier this week, Barkley joined the Dan Patrick Show where his media talks with LIV Golf was a focal point of the interview. During the segment, Barkley expounded on where LIV Golf stands in terms of landing a TV deal.

“They’re gonna get a TV deal, I’m pretty sure of that,” Barkley told Patrick, adding that he doesn’t know which networks are in the running. But according to Barkley, LIV Golf’s negotiations with prominent announcers are reflective of the league’s search for a TV partnership.

“There’s no doubt in my mind TV networks are calling him,” Barkley said, referring to Norman. “They’re just afraid to pull the trigger. I’m gonna tell you how I know the answer to that question. When the story broke that I was gonna meet with Greg, I had 15 or more prominent announcers call me saying, ‘Chuck, I’ve been talking to LIV, we’re scared to pull the trigger.’”

Because LIV Golf is funded by Saudi Arabia’s Public Investment Fund, many announcers, networks and corporations are hesitant to partner with a sports league that’s tied to a government known for human rights violations and its complicity in the Sept. 11, 2001 attacks. But LIV Golf has deep pockets and continues to push forward believing at some point, someone will take the money. Arlo White signed on with them earlier this year, with David Feherty following recently. Gary McCord is also reportedly in talks with LIV Golf, and Barkley may not be not too far behind in joining the series.

“[Greg Norman] did not tell me a TV deal is imminent, but he says ‘we’re talking to networks.’ And I think they will get a deal by the end of this year, I truly believe that,” said Barkley.

CBS, NBC and Disney/ESPN already have TV deals with the PGA Tour, making them unlikely to also partner with LIV. And considering Barkley has stated he might need to exit TNT if he joins LIV, Turner Sports doesn’t appear keen on doing business with the Saudi-backed league. By process of elimination, Fox is the most logical destination, despite already balking at a deal earlier this year.

I find it very hard to believe that Barkley is aware of 15 prominent broadcasters that Norman is talking to, but he hasn’t been informed about which networks are interested in a TV deal with LIV Golf. I also find it very hard to believe Barkley would discuss a potentially nine-figure media deal with LIV Golf without knowing where he would be able to have people watch him.

Networks might not want to be accused of helping the Saudi government sportswash their human rights violations, but Barkley and LIV Golf remain confident that enough money will ultimately wipe out those concerns.