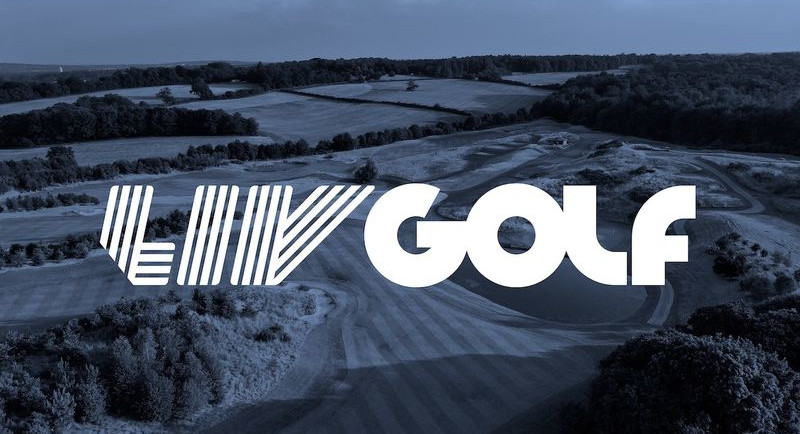 The controversial LIV Golf Invitational Series gets underway Thursday in London, England, and we now know who will be calling it. The organization (majority-owned by Saudi Arabia’s Public Investment Fund) has been in the headlines for comments about it from Phil Mickelson and LIV Golf CEO Greg Norman, for the PGA Tour’s decision not to let members play LIV events, and for the notable golfers who have joined up with LIV anyways (the full 48-player field for this week’s event can be found here). Last week, we saw the news that long-time Golf Channel analyst Jerry Foltz was leaving for LIV, and now thanks to a release from the organization, we have their full commentary lineup, including ex-NBC Premier League voice Arlo White (we now know what his soon-to-be-announced role elsewhere is!) and Foltz in the main booth, with former player Dom Boulet joining them for this week’s London event. Here’s more from that release:

Arlo White, the heralded voice of the Premier League in the United States for nearly a decade, takes the role as lead play-by-play caller for LIV Golf. White has called matches on some of the world’s biggest stages, including the Olympics, the FIFA World Cup, UEFA Champions League, Major League Soccer, five Super Bowls and the Cricket World Cup. His global experience announcing international soccer and cricket competitions includes coverage duties for BBC Sport in Australia, New Zealand, South Africa, India, Pakistan and the Caribbean. White’s distinguished voice and personality have been showcased on the award-winning show Ted Lasso, where he serves as the voice of the popular fictional club AFC Richmond.

Experienced and versatile golf broadcaster Jerry Foltz will serve as an analyst and color commentator from the LIV Golf booth. Foltz, who played professionally for over 15 years, has spent more than two decades as an analyst, play-by-play host, studio host, instructional series host and on-course reporter for networks including the Golf Channel/NBC Sports. Over the last 13 years, Foltz has been an on-course reporter for various tours, with a focus as a leading voice for the LPGA Tour. In London, the three-person booth will be completed with Dom Boulet, a former player on the Asian Tour who is widely known throughout Asia as the voice of golf. Boulet has served as a broadcaster of golf’s major championships and has helped expand coverage of marquee global golf events in international markets including the Eurasia Cup, CIMB Classic and CJ Cup.

That release also includes some details on just where this broadcast (set for a 9 a.m. ET start Thursday) will be found, saying it will be “globally available direct to consumers on LIVGolf.com, YouTube and Facebook” and that it “will also be aired live on a global roster of leading premium and free-to-air broadcasters providing coverage in 138 territories around the world.” The specific broadcasters (beyond those streaming platforms) carrying it are set to be announced later this week.

And the release is notable for describing the on-course team (led by golfers Su-Ann Heng and Troy Mullens) and the team behind the broadcast, including famed former Fox executive David Hill as their production consultant, producer James Watson (especially known for international cricket work with Sky and Cricket Australia, plus golf work with the Asian Tour and tennis work with the Australian Open) as senior vice president of global production, long-time director Steve Beim (especially known for work on the Olympics, the Indy 500, golf’s U.S. Open on Fox, and Turner’s The Match) as live event coverage director and executive producer, Michael Mandt (particularly known for his time with NFL Network) as executive producer of non-live, social, short form and pre-show content, Will Newell (particularly known for work with Sky and EVO) as creative director, and Will Staeger as chief media officer. Staeger has more in that release on what to expect from these broadcasts:

“The LIV Golf broadcast will be unlike anything fans have seen before. The innovations we are introducing to the sport will be distributed to existing and new audiences all over the world as we deliver golf coverage dedicated to entertainment and access. We’ve built a world class production team that has combined the industry’s best practices with a reimagined experience for viewers to create a one-of-a-kind broadcast. We’ve been counting down the days to Thursday’s start so fans can tune in and watch what we have been working on.”

It’s going to be interesting to see how this broadcast is received. First, there’s the controversy about this series itself and its Saudi owners, particularly with the cited role for that government in the 2018 killing of journalist Jamal Khashoggi, with their long-running dispute with Qatar (which has had its own sports dimensions), and with their mass execution of 81 people earlier this year. This is not the PIF’s only sports investment, as they also controversially completed their long-pending acquisition of Premier League team Newcastle United last year and they’ve invested $200 million in the Asian Tour (which led to that tour sanctioning the previously-European Tour affiliated Saudi International event earlier this year), but it is one of their most notable ones. And that’s especially true considering how the LIV series is now going head-to-head with the PGA Tour for players (thanks to the latter’s decision last month to deny permission for its players to play LIV events). This isn’t just a sports organization, it’s an explicit international political organization thanks to the PIF’s majority stake. And that will certainly have a lot of people not only not watching, but upset with those who are involved.

Beyond that, there are a lot of questions about the broadcast itself. A “one-of-a-kind broadcast” “unlike anything fans have seen before” is a bold claim, and it’s perhaps a particularly risky one in golf. Yes, golf has seen lots of broadcast changes over the years, but not all of those have been received warmly. As Beim will well know, Fox’s golf coverage in particular took a lot of flak, and some of that was about changes they tried. Fox eventually got out of their U.S. Open contract early, terminating that in 2020 and paving the way for that event to return to NBC. So we’ll see how these particular innovations LIV has in mind will be received. And we’ll also see what (if any) U.S. networks carry this, or if the only way for Americans to tune in will be those digital streams.