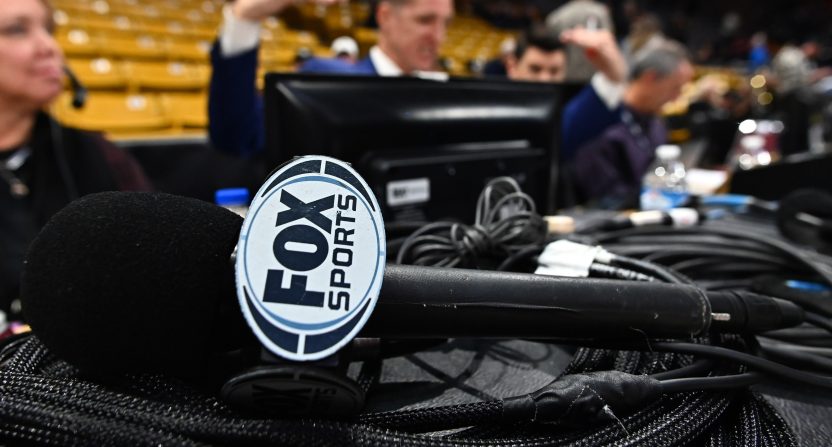 Fox CEO Lachlan Murdoch talked to investors on Thursday about a number of topics under the company’s umbrella. Naturally, the topics of streaming and live sports came up.

Perhaps surprisingly, Murdoch’s comments indicate Fox is going in a different direction from its competitors. Fox’s primary streaming service is Tubi, which is free and ad-supported. In contrast, Peacock has various tiers (including a free, ad-supported one), Hulu and Paramount+ have subscription fees no matter if you want ads or not, and ESPN+, Apple TV+, and HBO Max have just one ad-free (for non-live programming), subscription fee offering.

The companies don’t just differ in which services they’re supporting, but also what live sports are available on them. ESPN+ has oodles of live content and simulcasts games from ABC, but games on other ESPN networks aren’t available. A similar situation is true with Peacock: games on the NBC broadcast network are simulcast, and there is other live sports content (most notably, the Premier League), but games on cable (USA and before it, NBCSN) aren’t included. The same is true for Paramount+: nothing from CBS Sports Network live (outside of the Champions League and Europa League), but live sports on CBS are simulcast. HBO Max hasn’t rolled out live sports quite yet, though it has the option for the NBA and will broadcast US Soccer matches on the service next year.

Fox is…well, doing something different. Their NFL games, and seemingly most of their live sports content, won’t be available on a Fox-operated streamer, despite the company owning those rights.

Fox CEO: Aims to keep putting live sports on broadcast network and stations, not to generate audiences on streaming venues like competitors are

Fox CEO: Fox has digital rights to its NFL games. 'We don't believe it helps us to put those rights onto a streaming service…We think it's very important those rights remain exclusive to the broadcast environment'

This isn’t exactly a surprise considering that a year ago, when the NFL announced its new TV deals, Fox’s commitment to Tubi seemed based on non-live content.

Murdoch’s comments on Thursday, combined with Fox’s decision to sublicense some of its newly-acquired UEFA matches to fuboTV, crystallize where Fox’s priorities lie regarding streaming. If you want to stream Fox’s live sports (aside from events like the Super Bowl, where the paywall has traditionally come down for everyone) without subscribing to a live streaming service, you’re gonna need an authenticated login. Whether or not that’s the right decision will be left to both short and long term history