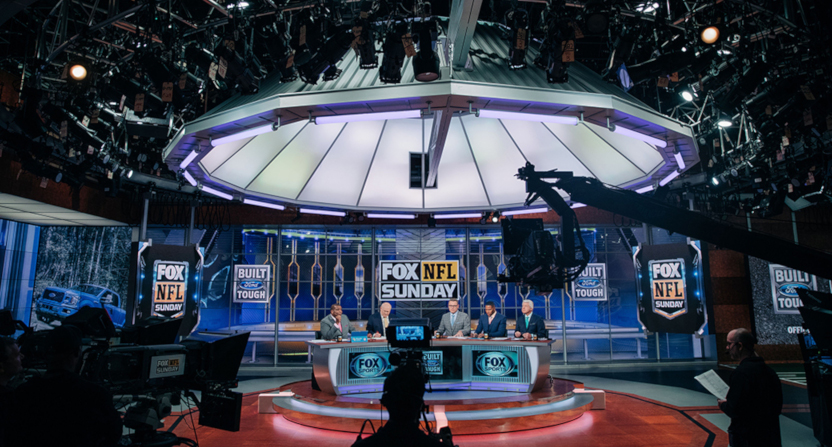 The NFL rights deal negotiations have been under way for a while, but full deals aren’t expected to be struck until at least next year. So the meantime has seen a lot of stories along the lines of “current networks want to retain what they have, new networks want in, rights fees are going to go up,” and a lot of those stories don’t have much new or notable. There are two interesting new tidbits in a Bloomberg piece (from Lucas Shaw, Gerry Smith, and Christopher Palmeri) posted Monday, though, specifically on how much Fox might pay to retain Sunday NFL rights, but also on how the NFL packages (Fox currently has a NFC Sunday package, plus Thursday Night Football) might wind up being reconfigured:

Fox Corp. is willing to spend as much as $2 billion a year to maintain its rights to National Football League games on Sundays, a huge increase from its current contract, according to people familiar with the matter.

… Talks between the league and the networks are already underway, but at an early stage, Fox Chief Executive Officer Lachlan Murdoch told investors this month.

“The NFL has asked, I think, all the broadcasters to think about every package, and to think how would we monetize packages that we currently have or other packages differently,” Murdoch said. “So, we’re looking at all sorts of options.”

…Other networks are interested in the Fox games and have been pressing the league to reconfigure the rights to allow them to air some of them, according to the people, who asked not to be identified because the negotiations are private.

That piece provides a general overview of where other networks are at as well, but the Fox information is the most notable. The quotes in there from Lachlan Murdoch don’t really say a whole ton, but they do confirm that a reworking of packages is on the table. And the $2 billion figure is particularly interesting, as it’s a specific dollar sign for a specific package, something there hasn’t been much talk of yet.

A boost from $1.08 billion a year for the Fox Sunday package to $2 billion would be huge, but it would fit with the general projections from an anonymous network executive to CNBC in December 2019, which suggested that the NFL could see average annual payouts of $8 to 10 billion a year under its next media deals (up from the current more than $5.2 billion if you don’t count Verizon and Amazon’s streaming-only deals, or more than $5.7 billion if you do count them). The Fox Sunday package rising from $1.08 billion to $2 billion would suggest that other packages are likely to significantly rise also, and that would do a lot towards getting the NFL to that $8 to $10 billion annually.

It’s worth keeping in mind that all of this is extremely early in the discussions, though, and that as that piece notes, the packages themselves might wind up looking quite different. So Fox won’t necessarily be keeping exactly what they currently have. And what’s included in the eventual package will obviously make a large difference as to its value. But the NFL is crucial to Fox’s current “New Fox” news-and-sports focused strategy, and Murdoch said in 2018 (around their Thursday Night Football deal) that “Live sport has never been more important than it is today” and “NFL programming is hands-down the most powerful in all of media.” So it makes sense that they would be willing to spend big to keep a Sunday NFL package that’s worked out well for them.

It’s also worth remembering that this is a negotiation, and that floated numbers at this stage of a negotiation carry all sorts of caveats. (And the Bloomberg piece also notes that the negotiations aren’t as far along as initially expected thanks to COVID-19 uncertainty.) But it is still notable to have it publicly discussed that the composition of the various packages may change, and that Fox may be willing to spend so much on keeping Sunday NFL football. We’ll see where the negotiations go from here.