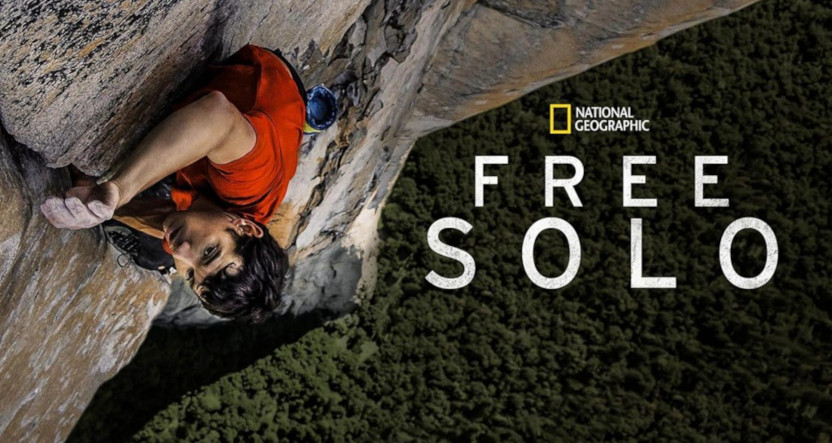 Without much in the way of live sports, plenty of media companies have been emphasizing documentaries lately. We’ve seen that with ESPN as well, especially with the moving up of The Last Dance and the decision to follow that with further 30 for 30 entries Lance, Be Water, and Long Gone Summer. And ESPN has also delved into showing documentaries from others, announcing earlier this week that Friday will see them showing Foosballers and Free Solo on the main ESPN network, with Foosballers starting at 7 p.m. ET and Free Solo following at 9 p.m. ET. Here’s more from a release:

ESPN has added National Geographic’s Academy Award-winning film “Free Solo” to its programming schedule. The film, which follows free solo climber Alex Honnold on his journey to scale the 3,200-foot El Capitan in Yosemite National Park, will air Friday, June 12, at 9 p.m. ET. Also added to the program is the television premiere of documentary film “Foosballers,” about the underground world of professional table soccer. The films will air back-to-back on ESPN on Friday, June 12, starting at 7 p.m.

FOOSBALLERS is an award-winning documentary that takes a deep dive into the underground world of professional table soccer, following six of the top players as they prepare for the Tornado World Championships. Through an ensemble cast of quirky characters and obsessive fans, the film explores the sport’s rich and relatively unknown history – covering its meteoric rise in the 70s during the Million Dollar Pro Tour, its devastating collapse in the 80s, and its current resurrection today.

A stunning, intimate and unflinching portrait of free solo climber Alex Honnold, as he prepares to achieve his lifelong dream: scaling the face of the world’s most famous rock – the 3,200-foot El Capitan in Yosemite National Park – without a rope. Renowned filmmakers E. Chai Vasarhelyi and Jimmy Chin capture the death-defying climb with exquisite artistry and masterful, vertigo-inducing camerawork.

Honnold tweeted about this Friday:

@espn is airing Free Solo tonight at 9pm EST, which must really be a sign that people are desperate for sports to start back up… but still, I'm on ESPN! Never thought climbing films would be on TV…

As the release goes on to note, these are amongst the sports documentaries available on streaming service Disney+. And it makes sense that Free Solo in particular is in there; Disney acquired National Geographic’s library of content in the 2018-2019 Disney-Fox sale, and Free Solo is one of the most notable recent entries there. But it’s notable to see it airing on linear ESPN; ESPN has shown plenty of documentaries over the years, of course, but most have been their in-house 30 for 30 projects, other related entries, or other things that ESPN Films has had a role in.

ESPN has occasionally aired some outside documentaries, including with Willie (a film on Willie O’Ree, who broke the NHL’s color barrier, that aired on ESPN2 in February in addition to being available on ESPN streaming platforms), with The First Day (Jonathan Hock’s follow-up to his Unguarded 30 for 30 on Chris Herren), and with their forthcoming Tom Brady series. But most of the documentaries they’ve shown on ESPN’s linear networks over the years has had a strong ESPN Films connection. So it’s notable to see them branching outside of that a bit.

But it makes sense for ESPN to cross-promote some NatGeo content like Free Solo, especially as part of the integration of the NatGeo brand into the larger Disney empire. And Free Solo has won countless awards, including an Oscar (for Best Documentary Feature, in February 2019). So it’s certainly a worthwhile film for ESPN to spotlight, especially given that there’s a pretty strong sports connection here. We’ll see if they continue to do this with other NatGeo-originated content in the future.