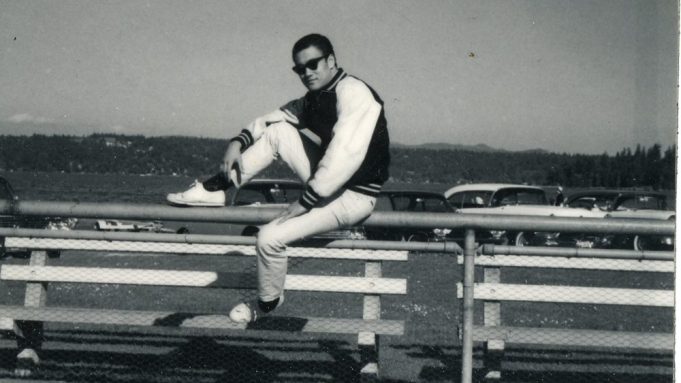 Length: One hour and thirty seven minutes without commercials (airing in a two hour window with commercials)

Installment: #109 by ESPN’s count (#110 by my count, counting the O.J. doc as one installment, although ESPN initially counted it as five different 30 for 30s, but now seems to list it separately, not as part of the series. Additionally, one finished project, Down In The Valley, has been suspended from airing.)

Most Similar To: Hawaiian: The Legend of Eddie Aikau

I’ll be honest: if this was a lackluster 30 for 30 installment without a positive underlying message, I’d probably just sit this one out. There is just too much going on in the world to expend the mental energy on a meh documentary, at least for me.

The good news is that Be Water was one of the better 30 for 30s of the last few years. The film’s themes of breaking down barriers, inclusiveness, and pushing back against prejudice is quite relevant and topical today. Before getting into the film a bit further, here are a couple quick things to know about Be Water.

With that out of the way, the film really worked for me, and I suspect it will work for many. Lee is an icon, but one that has only had modest mainstream pop culture dissection beyond a quick clip, quote, poster, or fight scene. Lee is not someone who comes up in a casual conversation with your friends or on television all that often, unless you’re really discussing a specific topic that relates to him. I think most Americans can tell you who Bruce Lee is, but would be oblivious to his career path and legacy, beyond the obvious fact that he was a martial artist.  I saw the 90s biopic on him (Dragon: The Bruce Lee Story) and thought it was fine.

But despite that film, Lee has largely remained a shallow prop that has never gotten the mainstream deep dive he’s always been worthy of. I think selecting him as a 30 for 30 topic was extremely shrewd on ESPN’s part, and hopefully one that is rewarded with ratings that reinforce the idea of going somewhat off the beaten bath in terms of finding worthy subject matter.

Be Water gives us a pretty thorough, yet concise, dive into Lee’s origins and his unique American experience of becoming a star, but one that quickly hit his head on the low ceiling that continues to stifle Asian Americans. Despite Lee’s best efforts, he was unable to find the success, acceptance, and support he thought his gifts and his culture were worthy of. Lee was relentless in his pursuit to further mainstream martial arts and Asian Americans into American pop culture, but sadly, he never got to see the fruits of his efforts.

As an Asian American, I’m not sure I can say Lee would be happy with the progress for a more diverse and accepting society to Asians and people of all colors since his passing. Would things be different if Lee didn’t die so young? Would there be more Asians on television and film, and in more substantive roles? Lee endeavored to change the status quo and the progress since has not been very encouraging. It’s been more than two decades since Jackie Chan was sold as a breakthrough star, and I think most would struggle to name a male Asian actor beyond Chan.

Putting the depressing lack of progress aside,  Be Water does a remarkable job at smoothly retracing a career that was probably quite bumpy to live through. From a distance, Lee’s career seems akin to getting stuck in traffic every 15 minutes on your way to vacation. Be Water does explains the various stops and starts that Lee tried to navigate around. Given how fresh much of this content is and how well it has been packaged, I think most will come away happy with the film because it is well-paced, bursts with great footage, and mostly answers the major questions about Lee’s life and career.

The film covers a lot of ground in two hours and does so in a steady, engaging way that brings a cultural icon to life in a way that many have not seen before. Some more astute viewers will likely wish the film covered a few items that were glossed over, like the circumstances of his death and Lee’s reputation of not being the most dedicated family man. But the film is fairly comprehensive, given the time constraints and the amount of subject matter covered.

Be Water succeeded in bringing someone to life in a way that a biopic, many articles, and a few movies failed to do so. I never felt I understood Lee or the reason to celebrate him. I suspect that’s the truth for most people alive today. While Be Water may have sidestepped a few things, both good and bad, about Lee, it’s rich with style, story, and personality. And it succeeds in bringing a mythical icon back to life in a way that honors both Lee and Asian culture, while registering as one of the better 30 for 30s of the last few years.