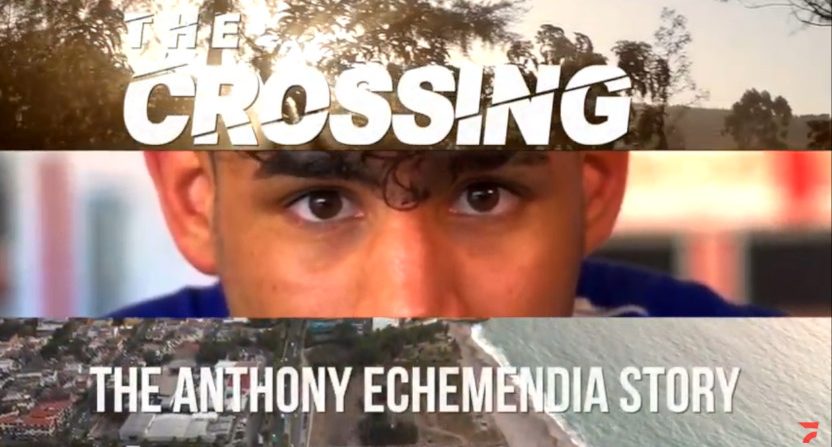 With the world still facing plenty of quarantine restrictions thanks to COVID-19, sports networks have been left without a lot of live events to show, and that’s increased a focus on documentaries. ESPN’s The Last Dance was moved up from its planned June launch and has pulled in record ratings, and they have also announced further upcoming 30 for 30 installments, while NHL Network and others have also been putting out new documentaries. Streaming service FloSports is also releasing their own original documentaries, including two big recent ones, Bad Cut: The Dangers of Extreme Weight-Cutting (focused on weight-cutting in wrestling and MMA) and The Crossing: The Anthony Echemendia Story (focused on a Cuban wrestler who defected during a camp in Guatemala and crossed three borders to reach the U.S., where he’s now set to wrestle for Ohio State). FloSports chief content officer Ray Machuca recently spoke to AA about their documentaries, and said they’re seeing great subscriber engagement with their documentary content.

“Without events, it’s a big priority. We need to keep our subscribers engaged. And we’re really happy to step up and continue to keep our subscribers engaged. And we’re seeing really strong engagement right now; in some cases, it’s doubling. …We’ve always had really strong engagement for our film content, video show content, and we were nervous how things would drop off without events. There has been dropoff, but engagement has doubled on our shows, our films, our podcasts.”

Both Bad Cut and The Crossing have a heavy wrestling focus (Bad Cut covers MMA as well), and Machuca said wrestling content was an obvious area for FloSports to do their own documentaries given their long history of broadcasting and covering wrestling.

“We cover about 25 sports, but wrestling is one of our first. We have a team that began there, we have some of the most subscribers there, sort of the deepest content there, so any time we find a really good story that’s broadly interesting, that’s relevant, and there’s an angle that anchors this in one of our bigger sites, that’s a win. We’re happy to do films in other sports, but we’re happy to do films that fill a box for us.”

With The Crossing, though, Machuca thinks the themes covered go well beyond wrestling.

“It’s a young man with nothing, from Cuba, leaving Guatemala in the middle of the night, deciding to take off on foot. It’s an inspiring story, and I think it has relevance right now. This kid is a good kid, and he’s gone through things that most people couldn’t even imagine. [Watching it,] I was like, ‘Man, this is amazing!’ This kid’s about 15 years old, walking through the night, scared of drug dealers and really bad men, with nothing in his pockets. That’s intense.”

And with Bad Cut, Machuca said while the topic is mostly discussed within the wrestling and combat sports world, he thinks it may surprise non-wrestlers.

“I do think it’s broadly interesting. I’ve more than a couple of times seen a wrestler talk to a non-wrestler and say ‘Yeah, I’ve dropped 10 pounds in three hours,’ and the non-wrestler is like ‘What?!’ So people are kind of surprised that this is a practice. So I’m hoping it will attract people in who aren’t wrestlers. And for people who are wrestlers, I’m hoping it will give them a reason to start the conversation and mention this.”

Machuca said there are already conversations about the dangers of weight-cutting inside the wrestling world, and FloSports wanted to further those with this documentary exploration of the practice.

“The whole idea behind doing Bad Cut was we wanted to start a conversation around weight-cutting, particularly spring weight-cutting. Every wrestler has a horror story. I was rather surprised when I started at FloSports 10 years ago, guys who had wrestled in high school still had war stories about cutting weight in high school. I remember being rather shocked that 15-year-old high schoolers had time to worry about cutting weight. And they carried it on to their collegiate careers, and in many cases, as we see in the film, they carried it on into their post-collegiate career.”

Some streaming services act as distributors for documentaries made by outside filmmakers, but FloSports focuses on having Machuca and his content team (which involves about 50 people) create their own. Machuca said that has benefits in everything from timelines to production costs.

“What we do is we keep everything in-house so we can do it on our own timeline, do it in our own way. It’s actually much cheaper that way. And films have always been a second feature to our live events, so there’s never a rush to get films out; we can control the costs, control the tone, and make a better product for us.”

With travel and in-person interview restrictions thanks to the COVID-19 pandemic, Machuca said it’s difficult to work on new long-form documentaries at the moment, but he and his team have pivoted to creating some shorter content where interviews can be done remotely. One focus for them has been spotlighting athletes and teams who had their seasons cancelled or shortened thanks to the pandemic.

“There are certainly ways you can make it happen. We’re actually using this time to create some short docs, sort of telling the stories of the season that wasn’t. A lot of NCAA championships were cancelled, unfortunately, and this was going to be the pinnacle of these athletes’ careers, the culmination of what they and the coaches had worked to accomplish. We have content experts, great event archives, access to Skype. …We have our own talent filling the gaps. Is this some sort of strategy we can continue forever, I don’t think so, but I think everyone is seeing everyone at their laptops at night on television, and it’s become sort of normal. We’re leaning into in and using it to our advantage.”

Bad Cut and The Crossing can be viewed on FloSports now with a membership.