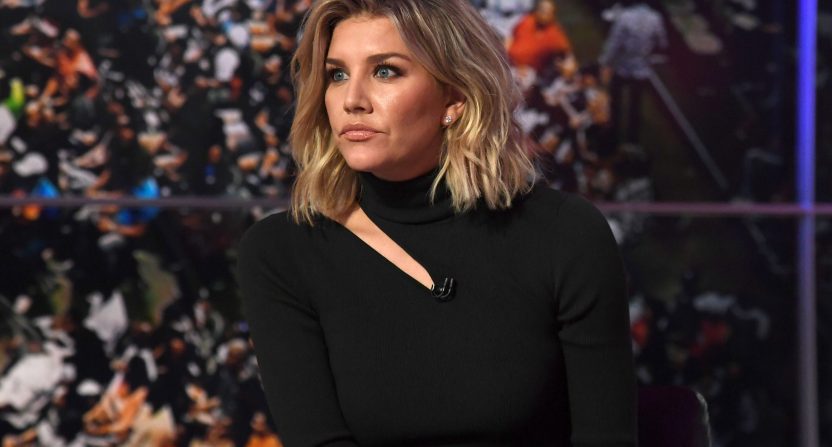 Amazon has officially announced their Thursday Night Football host. Andrew Marchand of The New York Post reported earlier this month that Charissa Thompson was “expected to be the host” for the Prime Video TNF coverage, and that’s now come to pass, with Prime Video putting out a release on that Tuesday (part of their many recent TNF personnel announcements). As Marchand’s report suggested, this new work will be in addition to Thompson’s current Fox Sports duties. Here’s more from that Prime Video release:

The formation of Prime Video’s Thursday Night Football team continues to advance, as the streamer announced today that Charissa Thompson will host its NFL pregame, halftime, and postgame coverage. Thompson will anchor Prime Video’s wraparound coverage alongside Tony Gonzalez, Richard Sherman, and Ryan Fitzpatrick, live and on-site at each TNF matchup throughout the season. In addition to her Thursday Night Football role with Prime Video, Thompson will retain her FOX NFL KICKOFF hosting duties each Sunday, where she previously worked alongside Gonzalez for three seasons.

…“We are excited to welcome Charissa to the TNF team,” said Jared Stacy, Prime Video’s director of Global Live Sports Production. “Her infectious enthusiasm, quick wit, and strong NFL credentials make her perfectly suited for this role. We look forward to seeing her elevate conversations and connecting with viewers every Thursday night.”

“I’m beyond thrilled to be joining Prime Video’s Thursday Night Football crew on the road each week this season,” said Thompson. “This is an exciting opportunity for me to expand my NFL responsibilities and I can’t wait to work with Ryan, Richard—whom I affectionately call ‘Sherm’ (12th Man respect)— and my old friend Tony Gonzalez.”

Thompson (seen above during Fox’s coverage of the BIG3 draft in 2018) actually started at Fox Sports as an assistant in the human resources department back in 2006. She then worked as a production assistant at Fox Sports Rocky Mountain, then as an on-air talent there, then on air as part of The Best Damn Sports Show Period. 2010 saw her move on to work for Yahoo and Versus, and she joined ESPN in 2011 before returning to Fox in 2013 around the launch of FS1. She’s held a variety of roles there over the last decade, and reupped with Fox in 2017 despite pursuit from ESPN. She’s also worked at syndicated entertainment show Extra, serving as a regular co-host from 2014-17 and as a Las Vegas correspondent more recently.

This pregame, halftime, and postgame show has an interesting mix of personnel. Thompson’s a seasoned host at this point, including on the NFL (she’s hosted Fox NFL Kickoff since its 2015 move from FS1 to Fox), and Gonzalez is an experienced NFL commentator as well with his work for CBS and Fox. Sherman and Fitzpatrick are newer to broadcasting, with both still playing in the NFL last year (and Sherman hasn’t closed the door on playing again), but they’re notable and fresh names, and both have done some media appearances in the past. We’ll see how that mix works out for Amazon.