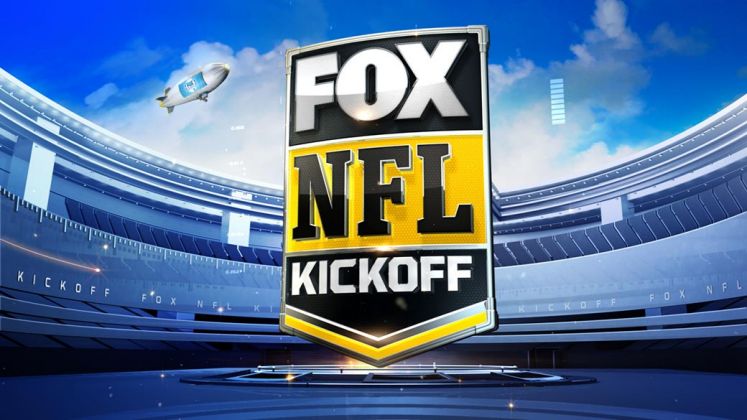 After airing on Fox Sports 1 the last two seasons, Fox NFL Kickoff will move to the Fox Television Network starting this morning. It will air at 11 a.m. ET and feature a new host in Charissa Thompson, a new contributor in Colin Cowherd, two returnees in Randy Moss and Dave Wannstedt from last year and new cast members Champ Bailey and Cooper Manning (a.k.a. “The Other Manning Brother).

Last year, the show was fronted by Joel Klatt with Moss, Wannstedt and Donovan McNabb. It wasn’t a bad effort as we graded Fox NFL Kickoff with a B minus in last year’s AA’s Sunday Studio Spectacular, but now it’s almost a totally different show.

Fox NFL Kickoff will have a higher profile being on the Fox Mothership and will continue to compete with ESPN’s Sunday NFL Countdown (now reduced to two hours), NFL Network’s NFL GameDay Morning and CBS Sports Network’s That Other Pregame Show.

As for why the show was moved from cable to broadcast, Fox Sports President of Production John Entz explained it this way:

“Once we decided to move FOX NFL KICKOFF to the network, our goal was to present something that was different from other football shows airing in its window,” said Entz. “This is an excellent mix of voices and original perspectives that will review the news of the day and preview the schedule’s most highly-anticipated games in a unique, thought-provoking way.”

In last year’s show, Moss was the star and he should be once again. Champ Bailey will be an interesting add. And Charissa Thompson who was the moderator for Fox Sports Live’s Countdown show will be the facilitator for this new edition of Fox NFL Kickoff.

The X Factor will be Colin Cowherd. After having his own Sunday morning NFL pregame show, he now joins Fox NFL Kickoff for commentary and panel discussions. Plus he reunites with Thompson after they teamed on SportsNation back in 2012.

The show premieres today and we’ll see how it compliments the Fox NFL Sunday show which heads into its third decade.