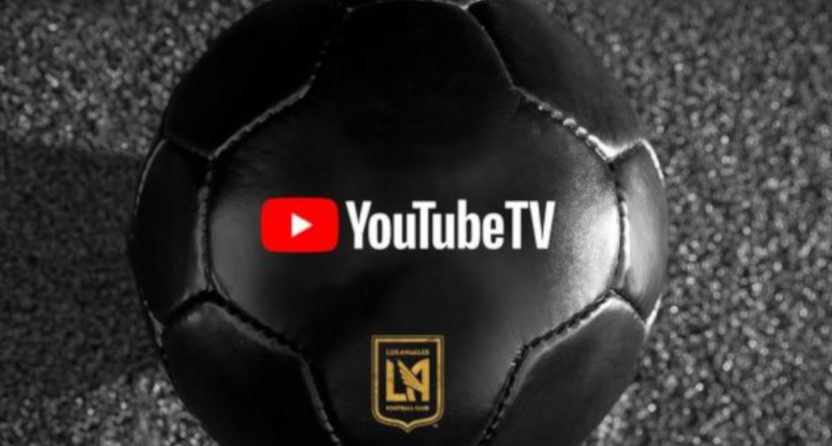 It looks like MLS is set to try something unconventional in its next TV deal. As per Ian Thomas of Sports Business Journal, the league has told its clubs to not sign local TV deals past 2022, when its national deals expire. That’s in the hope of possibly packaging those local rights with national rights in some fashion, which would be relatively unprecedented for a U.S. league at the level of MLS. And that move may not work out well for them at all.

MLS has instructed all 24 of its current clubs as well as its future expansion teams in Miami, Nashville and Austin to not have any local broadcast agreements that go beyond 2022. That is the year that the league’s national and international broadcast deals will expire, thus allowing MLS to potentially package any combination of those rights to future broadcast partners.

…“It’s no secret that the local rights have not garnered the kind of net revenue that we ultimately seek, and we need to continue to drive revenue to be one of those top leagues in the world,” said Adrian Hanauer, the owner of the Seattle Sounders. “I’m super bullish on what we’re envisioning, and I think we’re positing the league and the teams for the best possible outcome.”

Daniel Cohen, Octagon’s senior vice president of media rights consulting, said this approach will give MLS the most opportunity to be creative, potentially attracting a large, overarching digital buyer, or to go to the market with some sort of split between national and local or digital and linear packages.

“It’s very smart for MLS to say, ‘How do we make sure that when we’re preparing for war in 2022, that we have all of our arsenal and weapons at bay,’” he said. “No other league can really be in that position.”

While there is some logic to Cohen’s take that this approach gives the league the most flexibility possible in negotiating rights deals, there are plenty of perils here. For one, there’s the question of where all that inventory will wind up. If they do manage to sell the entire national and local package to one buyer, it’s highly unlikely that would work on linear television, so it would need to be a buyer that has its own giant streaming platform to put all the games they don’t want to air on linear TV. At the moment, that looks like only ESPN (with ESPN+) and Turner (with B/R Live).

ESPN already has taken over out-of-market streaming service MLS Live for ESPN+, which probably makes more sense for them, and Turner hasn’t yet signed a lot of big-money properties for B/R Live. It’s possible that they could bundle their local packages and sell them to someone else (maybe a streaming-focused company), but if not geoblocked, that would interfere with their out-of-market streaming plans. None of this seems likely to bring in all that much revenue, especially considering what some of these teams were making on their own.

As per Thomas’ piece, the biggest current local TV deal is the LA Galaxy’s 10-year, $55 million contract signed in 2012 with Time Warner Cable. (LAFC makes $6 million a year over three years with YouTube TV, but that includes a shirt sponsorship as well as broadcast rights.) Those are tiny figures compared to what’s going on with other North American sports’ local TV numbers (MLB local TV deals ranged from $20 million to $204 million a year in 2016, minus equity in networks, while NBA ones in 2017 ranged from $9.4 million to $145 million annually; NHL numbers are harder to find, but this 2014 analysis pegged them as hitting $61 million U.S. each year at the high end (for the Montreal Canadiens; the highest U.S. team was the New York Rangers, third with $35 million, and this 2014 piece on the San Jose Sharks’ deal had it as one of the league’s worst at $7 million, and even low-drawing teams like the Florida Panthers have been listed at $11.5 million annually.)

But the Galaxy and LAFC deals are big by MLS standards, and while bundling all the local rights could lead to increases for the teams with low local deals, it would likely lead to decreases for the teams already doing well there, and it could well lead to an overall decrease in local rights revenue. It might be smarter for the league to focus on trying to get better individual deals for the lower-down clubs, rather than trying to put all these rights together in anticipation of giant bundle offers that likely won’t be coming.

In a lot of ways, the MLS approach here is similar to what we’re seeing from the Pac-12, which has lately been bragging about how their entire rights package (including the Tier 3 rights that are college sports’ closest equivalent to local broadcast rights) will be available in 2024 thanks to those Tier 3 rights currently residing with their own networks. Pac-12 commissioner Larry Scott said in January “Having complete control of all your assets and rights in a time of paradigm shifts is a good thing,” and the conference is trying to use that as part of their pitch to investors. But controlling all those assets and rights only matters if there are buyers that really want all of the assets and rights (if sold as a total package) or the lower-tier rights (if those wind up being sold on their own). And it’s far from certain that anyone wants that for the Pac-12, or for MLS.

And yes, at the moment, this is just MLS telling teams not to lock their local rights up beyond 2022, not saying definitely that local rights will be bundled with national rights or that local rights will be sold as a package. If there isn’t enough of a market for either of those options, MLS could still sign a national deal and give clubs the go-ahead to pursue their own local deals again. But even that carries some risk; it’s not certain that the market for signing local TV deals will be better in 2022 than it is right now, especially if teams don’t wind up drawing big local ratings between now and then. And it’s not clear what the TV market will look like in 2022, and while it could be a better environment for signing deals, it could also be a worse one. Prohibiting clubs from signing long-term deals now might pay off for them with bigger deals down the road, or if this bundle plan somehow works out, but it could also backfire in a big way. We’ll see how this goes for MLS.