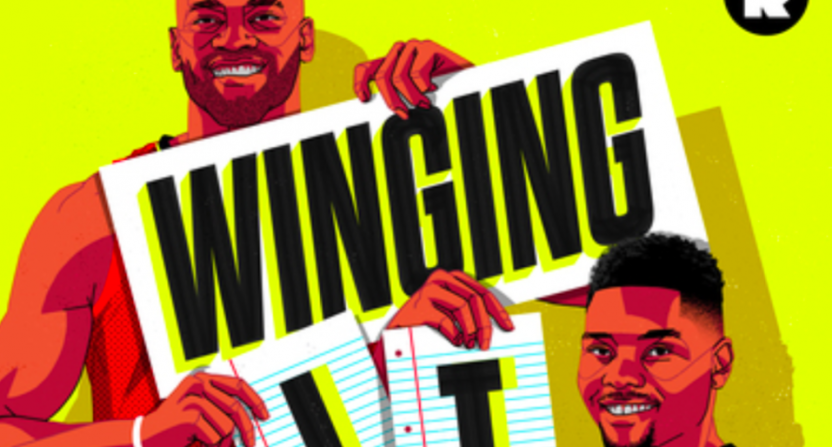 The old trajectory was that you played your athletic career until it was time to retire and then you started making your transition into a media role, be it as an analyst or commentator. Amongst other things, the internet, social media, and podcasting have changed all of that. No longer do athletes have to wait for someone else to tell their story, they can just write their own article about it. Not happy with what someone is saying about you, just go on Twitter or Instagram and set the record straight. And you certainly don’t have to wait for your playing career to be over to start working in media these days.

Just look at Vince Carter, who has been dipping his toe into the world of broadcasting and media for years, even as his NBA career continues. He provided color commentary for NBA TV during the NBA Summer League a few years back. He was also a guest analyst for the Memphis Grizzlies while recovering from an injury. He was also an analyst in Fox Sports’ coverage of the inaugural Jr. NBA World Championship this summer.

Now, as he plays through his 21st season in the NBA, Carter is continuing his evolution into the world of sports media. Earlier this week, it was announced that he and Atlanta Hawks teammate Kent Bazemore will be hosting their very own podcast for The Ringer during the 2018-2019 NBA season.

Get ready to hit the road with @mrvincecarter15, @24Bazemore, and @AnnieFinberg as they go from city to city talking to your favorite NBA players about whatever they want. They're winging it!

Dubbed Wingin’ It, the NBA duo will be offering “a behind-the-scenes look at what NBA players think and talk about when their minds aren’t on the court.” According to the announcement, the podcast, which will be co-hosted by Hawks digital media coordinator Annie Finberg, will jump from different topics, including sports, news, and pop culture. Basically, whatever Carter and Bazemore want to talk about before their next game.

Podcasting is nothing new to Bazemore, who previously hosted a podcast with Finberg and Mike Muscala, who has since left for the Sixers. This podcast’s first episode drops on December 3. It’s not clear yet what the frequency of episodes will be, though it may just depend on what the Hawks’ schedule happens to be that week.

It’s an interesting experiment for The Ringer as a media company looking to build on its growing foothold in the podcast space. The Bill Simmons Podcast is routinely one of the top-ranked sports podcasts on the iTunes charts while The Ringer NBA Show, The Ringer NFL Show, Dual Threat with Ryan Rusillo, and The JJ Redick Podcast are all solid performers as well. While there are plenty of podcasts featuring non-athletes or former athletes talking about sports, having a show actually hosted by those currently playing could be a solid way to stand out from the crowd.

It also makes you wonder what kind of effect, if any, hosting this podcast could have on The Ringer’s coverage of the Atlanta Hawks. It’s likely that the site staff will say that editorial decisions are separate, but would the website actually run a piece derogatory of Carter, Bazemore, or the Hawks while they’re also partnered with them on a media project? It remains to be seen.

Atlanta is currently next-to-last in the Eastern Conference with a 5-16 record, so it’s going to be a pretty long season on the court. If nothing else, at least this podcast gives Hawks fans something to look forward to each week.