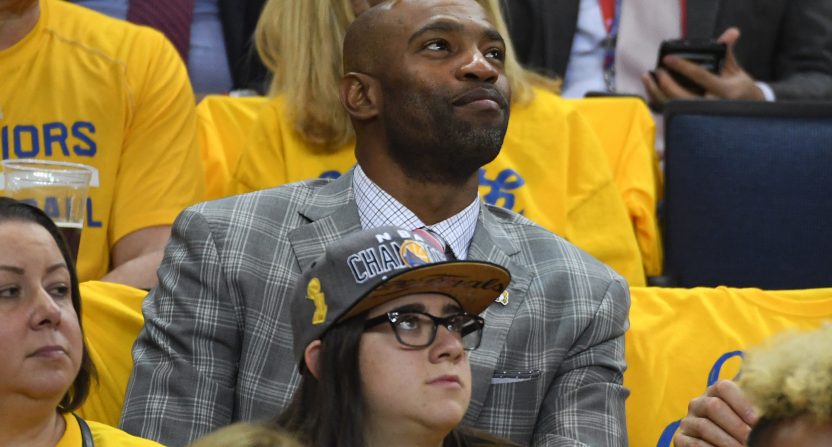 At age 41, Vince Carter is officially the oldest active player in the NBA. The man who once brought us “Vinsanity” recently signed with the Atlanta Hawks at the veteran minimum and has his sights set on a 21st, and potentially final, season in the NBA. Knowing that his playing days are numbered, Carter seems to have his sights set on the next phase of his professional career and will be giving it a go as an analyst in Fox Sports’ coverage of the inaugural Jr. NBA World Championship.

This first-time event brings together the top 32 boys and girls teams (16 U.S. and 16 international) that advanced from regional competitions earlier this year in order to compete for the Jr. NBA World Championship. Round robin play will begin on August 8 and continue with single-elimination competition until the winners of the U.S. and international brackets play in the World Championship on August 12.

“The Jr. NBA World Championship will be a once-in-a-lifetime experience for the more than 300 boys and girls from 35 countries that will compete on a world stage,” said Carter. “This is an incredible opportunity and I can’t wait to start working with everyone at FOX.”

This isn’t Carter’s first trip to the booth. He provided color commentary for NBA TV during the NBA Summer League a few years back. He was also a guest analyst for the Memphis Grizzlies while recovering from an injury with them. The veteran has reinvented himself multiple times, coming into the league as a human highlight reel but maturing into a solid role player later on. Clearly he knows how to look to the future and figure out how to excel in his potential next role.

The full Jr. NBA World Championship broadcast schedule for FOX and FS1 can be found here. All of the game will be broadcast live and simulcast on FOXSports.com and the FOX Sports app as well.