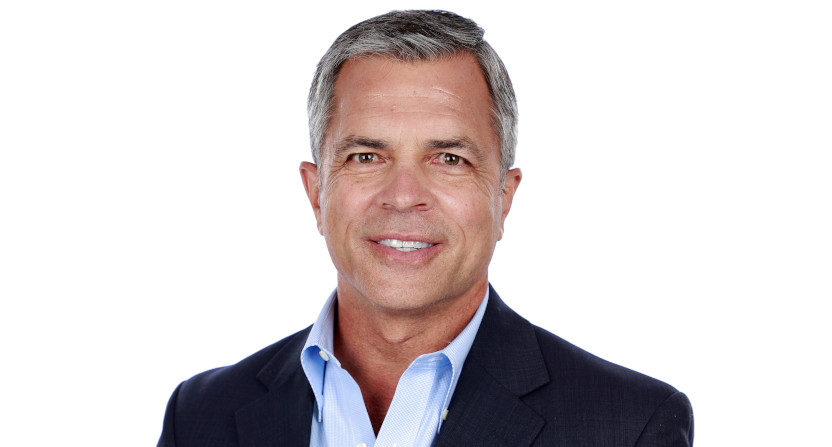 The Superstar Racing Experience (SRX) short-track racing contests on CBS have a lot of long-time racing voices involved, from Lindsay Czarniak to Allen Bestwick to Matt Yocum to Brad Daugherty. For Bestwick, it’s a fun return to racing; he’s currently the play-by-play voice for SNY UConn Huskies’ women’s basketball broadcasts and a world feed announcer for tennis’ US Open, in addition to other freelance gigs, but he has a long background in motorsports, including serving as the radio play-by-play announcer for Motor Racing Network NASCAR broadcasts from 1986-2000, working on NASCAR broadcasts for NBC and TNT from 2000-07, and then working on NASCAR and IndyCar broadcasts (in addition to many other sports) for ESPN from 2007-2017. Bestwick spoke to AA this week about SRX (the third race airs Saturday night at 8 p.m. Eastern from Eldora Speedway in Ohio), and said he first got excited about this series when co-founder Ray Evernham pitched him the idea a few years back.

“Ray has been a friend of mine for many years. A couple of years ago he said ‘I’ve got this concept I’m working on, what do you think?’ I said “I love it! I love the sound of it! Keep me posted.’ He kept me posted as time went on, and it all came together nicely. From the ownership group of the series to the execution of everything, it’s just been really, really well done. But I’m not surprised, and that’s one of the reasons I was interested; I knew the people involved, and I knew it would be everything they said it would be, and it has been.”

Bestwick said SRX is a better approach to the old International Race of Champions series, which Evernham was involved with as a mechanic. It’s also an attempt to create conditions where the best driver will win, but with less scheduling hassles from in-competition drivers and superspeedways.

“This is that concept modernized, and eliminating all the problems the old IROC series used to have by using drivers presently racing for a championship. Take the scheduling hassles out of it for the drivers, take the superspeedway angle out of it, put them on short tracks. We’ve got these great historic short tracks. And these guys at the stages they’re at in their lives and careers, they’re there to do two things; they’re there to race, and they’re there to have a blast. Being around that just naturally is going to be fun, and that’s what I was after. The fun factor’s high, it really is.”

Bestwick said he’s always enjoyed calling racing, and his move away from it for the past few years was just an outcome of what happened with rights and with his own contracts.

“I never planned any of this stuff, it’s just kind of how things unfolded. I didn’t get into this business to be a racing broadcaster, I came up doing football, basketball, baseball, and then the racing thing happened, which was wonderful. …Back in 2016, ESPN lost NASCAR. The people running ESPN at that point in time came to me and said ‘Hey, we have the Indy 500. We’d really like you to stay, and we’ll make it fun for you.'”

“And the things that they offered me to do, and the places that they sent me to, were just wonderful. I’ve been to Wimbledon and the British Open, I’ve done college football from Texas A&M to Wisconsin, all these things. So it was fun, but then they lost the rights to the Indy 500. But this is our business, this is what we signed up for, and there are no complaints here.”

Bestwick said it’s been a smooth transition back into racing broadcasts despite a few years away, and a big part of that is the talent he’s surrounded by on the SRX broadcasts, both on-camera and behind the scenes.

“It’s easy, it’s a very natural thing for me. And so many of the people I’m around and working with have been friends for more years than I’d care to admit. Our producer, Pam Miller, Pam and I first started doing races together maybe in the late 90s. Matt Yocum and I have known each other forever. All the guys that are racing in the series, I’ve covered them over the years. So it was very easy.”

“The new part of is CBS, but the people that CBS has sent in, these are great sports television people; Jim Cornell, our director, he’d never done racing before, but he’s a great director, and jumped in with both feet. A lot of the people on the production team just came from the Masters and the NCAA Tournament. These are TV pros, and it’s a really wonderful group; everybody’s working hard, but everybody’s having fun.”

He said CBS has been great to work for, and the SRX series setup also gives the production crew advantages.

“CBS has committed an amazing and wonderful amount of resources to this project. We’ve got first-class equipment, we’ve got everything we could possibly ask for to make this thing work. Because SRX owns all of the racecars, we have the ability to do things you don’t have the ability to do in NASCAR or IndyCar. ‘You want to put a camera there, yeah, we can do it!’ Whereas maybe you can’t in the other series. So we’ve done a lot of things in cooperation with the series.”

As per calling racing versus other sports, Bestwick said he doesn’t think it’s that different in what you’re doing, but he does feel less people have a racing background that helps them in. He said his childhood was helpful there, as his dad was an amateur racecar driver.

“I think the process is the same. But here’s where it differs: a lot of people are exposed to football or basketball or baseball as a kid, a lot of people play those sports as a kid, and maybe not everyone’s exposed to racing as a kid. What always gave me kind of an angle on racing and got me into my work in this sport was that my dad had a racecar when I was a kid, just a little hobby, second-division local short track racecar. So I grew up not only playing football and hockey and baseball, the three sports I played, but we had a racecar in the garage for part of my childhood.”

“So being a fan of the sport and understanding the sport is something that came more naturally to me than maybe some other people. And so when you’re moving back and forth between sports, I think that’s maybe the difference for some people in going to auto racing, it’s not something they were naturally exposed to. For me, I was.”

He said the production team has some remaining innovations up their sleeves, too.

“We still have some technology we haven’t rolled out yet. We have some innovative stuff, some new things. We’ve still got some wrinkles to roll out over the next four weeks, and that should be fun when it’s ready.”

Bestwick said joining the SRX broadcasts has been great, and he’s happy that he’s gotten this chance.

“We’ve been having a lot of fun. It’s been everything I hoped it would be. The smiles are genuine.”

SRX broadcasts can be seen each Saturday at 8 p.m. on CBS and Paramount+ through July 17.