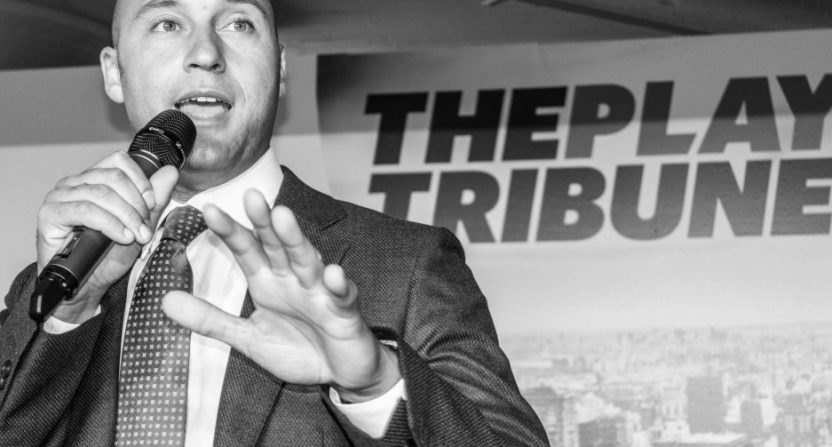 The Players’ Tribune continues to show signs of high ambition.

On Wednesday, Recode reported that Derek Jeter’s two-year-old athlete-centric publication has hired Jeff Levick to be its first CEO. Levick has worked for Google, AOL and, most recently, Spotify and specializes in selling ads and generating revenue. He’ll reportedly focus on bring more money into The Players’ Tribune, as co-founder Jaymee Messler stays on to run the editorial side of the site.

From the outside, things seem to be moving swimmingly for The Players’ Tribune. Somewhat derided when it launched, the site has broken several big stories, hosted some powerful essays, expanded its video operation, launched a podcast network, announced a movie and raised a ton of venture-capital funding.

It seems that the next step for The Players’ Tribune is bringing in some revenue. Recode reports the site, which currently features fairly few ads, could create a subscription product and look to expand internationally.

The Players’ Tribune has received buy-in from athletes and investors while attracting solid traffic. At this point its hard to doubt that Jeter’s concept is solid and that there’s a market for this content. But now that The Players’ Tribune is a bona fide media outlet with big aspirations, it faces the same fundamental problem as the rest of online media: how to actually make money.