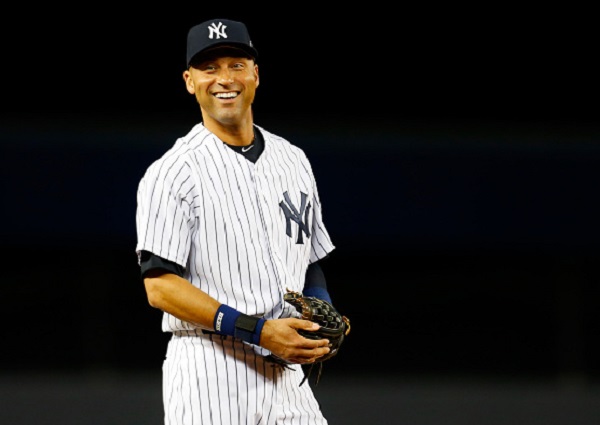 Since officially launching in February, Derek Jeter’s media company The Players’ Tribune has generated some notoriety for providing a first-hand perspective (though not often directly written) from athletes themselves, rather than through the media or team- and league-generated public relations machinery.

The site has provided some compelling insights, such as Matt Harvey detailing his recovery from Tommy John surgery, David Ortiz responding to PED allegations, Blake Griffin criticizing Donald Sterling, and Rick Porcello revealing he signed a contract extension with the Red Sox. But there’s been little word as to how successful The Players’ Tribune has been or what sorts of revenues it might be generating during what is still considered its startup stages of development. (Legendary Entertainment was an initial investor.)

But nothing helps a startup and fledgling media company like a big dose of venture capital funding. On Monday, The Players’ Tribune closed a deal for $9.5 million, led by global venture capital firm NEA (New Enterprise Associates).

As Business Insider details, Jeter attended a Goldman Sachs event last year in hopes of meeting with several Silicon Valley venture capital firms and learning what sorts of technology could be implemented to help The Players Tribune grow. Upon seeing Jon Sakoda, a general partner for NEA, Jeter laid out his vision for the company and the entrepreneur was quickly intrigued by the concept.

They soon had a follow-up meeting and Sakoda introduced Jeter to Blue Jeans Network, one of NEA’s portfolio companies that specializes in online video conferencing. In less than a month, the two companies became partners, integrating Blue Jeans’ technology to Jeter’s site. Jeter even joined Blue Jeans’ board of advisors.

“We really saw eye-to-eye on how his media platform and his unique connections to athletes, coupled with Silicon Valley’s latest and greatest technology could be a disruptive force in the media business,” Sakoda told Business Insider.

NEA was an early significant investor in BuzzFeed, and based on that success, Sakoda says the firm is actively seeking to make more investments in “disruptive opportunities” within media.

Players Tribune President and co-founder Jaymee Messler told TechCrunch that the VC money will go toward expanding the company’s content beyond written articles into video and radio production. The site has already dipped a toe in video content, producing a series titled Singular Focus, which follows UFC middleweight champion Chris Weidman during his training regimen.

Messler also mentioned she expects the site to feature shorter lifestyle segments on athletes soon. The funding will also be used to hire more staff on the editorial, production and business sides.

The Players’ Tribune aims to eventually raise another $5.5 million in funding, according to reports.