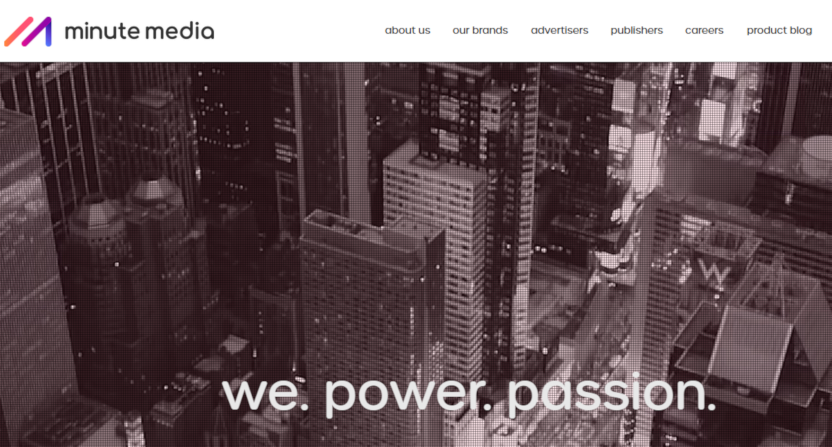 Several of the big recent acquisitions of online sites have come from Minute Media, which bought The Big Lead in March 2019, added The Players’ Tribune later that year, and then purchased FanSided last month. The company, founded in Israel in 2011, also owns the likes of 90min (soccer), DBLTAP (esports), 12up (U.S. sports-focused), and bought Mental Floss in September 2018. And now they’ve raised even more money, and have said they’re looking to add more sites still.

Sara Fischer of Axios has more on Minute Media’s latest round of fundraising:

Minute Media, a holding group that owns digital sports and entertainment websites like Players’ Tribune and The Big Lead, announced Wednesday that it has raised $40 million in venture capital in its latest fundraising round. Sources tell Axios that the company’s post-money valuation is more than $500 million. It’s raised $160 million to-date.

…Why it matters: Minute Media is hoping to expand its business by selling publishing software as a service, not just by monetizing content.

Details: The round is being led by Dawn Capital, an early stage venture capital firm, with participation from existing investors.

That’s a lot of money, and while some of it will be going towards The Players’ Tribune and technology investments, it’s interesting to hear that Minute Media is still looking to pick up further sites. Here are Peled’s full comments on that, via Todd Spangler of Variety:

The new funding “will help us invest in our technology platform and enable us to look at new digital brands as acquisition targets,” Asaf Peled (pictured above), founder and CEO of Minute Media, said in a statement. “We are grateful to have the confidence of industry-leading investors to support our vision of building digital publishers rooted in strong technology.”

It’s also notable that the Minute Media approach isn’t just about running these sites as independent websites that people naturally visit. That’s part of their focus, but they also emphasize picking up websites as ways to advertise their publishing platform and syndicate content to partners. Ingrid Lundgren of TechCrunch has more on how that works; here’s a key part.

“While [their content management system] has had as many as 20,000 contributors on it at one time, contributing articles in a variety of languages beyond English, the number of pieces — selected by human editors — published across all its platforms is less than 1,000 per day. Only the most prolific and longstanding contributors get paid; others contribute for free. This forms the basis of the company’s content engine.

That content brings in traffic and advertising on Minute Media’s owned properties, but this is only one piece of how the company makes money. That same platform is also a licensing-based B2B [business to business] and B2C [business to consumer] play: it links up to about a dozen or more other publishers and media partners, which use it both to syndicate content out and bring in content from other places. The logic here is that bringing in syndicated content from elsewhere can help the other publishers bring down their operating costs while still continuing to expand the content (and thus traffic) on their own sites; hence why they partner with (and pay) Minute Media.

Last summer, Peled told me that the balance between ad and licensing revenues were ‘around 50/50, but no doubt the B2B open platform is easier to sell and is growing faster.'”

So there’s more involved than just picking up brands and boosting the traffic to those brand sites; it’s also about finding brands that produce content that other publishers want to pay to syndicate. And so far, sports has been a key focus for them, and investors are endorsing that approach in this latest funding round. We’ll see what further acquisitions they conduct and if those are in the sports world.