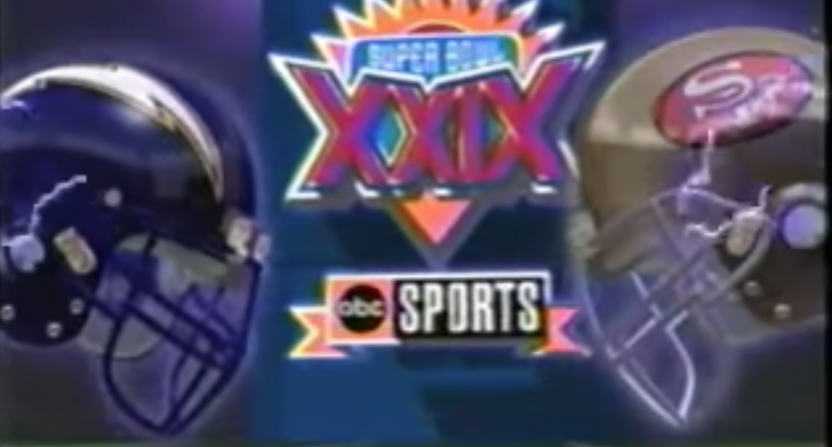 ABC is the only major broadcast network currently without a NFL package, and it’s no secret that Disney would like to change that when the league negotiates its next round of television contracts (set to expire in 2021 and 2022). Disney’s interest in getting back into the Super Bowl rotation has reportedly been a driving factor in this renewed interest in the NFL, with ABC being the obvious vehicle to attract a more significant NFL package than their current Monday Night Football package on ESPN. It’s not just speculation, either as we’ve seen Disney put more NFL content on ABC over the last few years.

Last January, before Thursday Night Football landed with Fox, ABC was mentioned a potential suitor. Also, ESPN has simulcast the Pro Bowl on ABC in each of the last two years, has simulcast its NFL Wild Card game on ABC for the last four years, and will air both NFL Combine and NFL Draft coverage this year on the network.

Most of the whispers on this front have centered around having ABC displace one of their network peers. Essentially, ABC would just have to outbid one of NBC, CBS, or Fox and be back in business.  But what many industry sources consider more likely would be a new package being carved out specifically for ABC. Such a strategy makes a lot more sense, considering the NFL may not want to kick one of their current television partners out of bed. Also, the NFL has typically achieved much of their television revenue growth by slicing up slivers of new packages for networks to fight over. This is more or less what we’ve seen with the decade long tweaking of the TNF package, which has seen games air on four different networks and be streamed on Verizon, Twitter, Yahoo, and Amazon (this is probably what to expect with NFL Sunday Ticket further down the road).

This leads us to our next question: how does ABC get a package of games without the NFL displacing one of its current television partners? The answer lies in an extended NFL season, which Roger Goodell confirmed yesterday is on the table for the next round of collective bargaining negotiations with the players union. While the owners initially had been pushing for an 18 game regular season, citing improved safety of players over the last decade (that’s rich), there seems to be some momentum around a 17 game schedule with the preseason being shortened by one or two weeks. An extra game for each team would mean 16 extra games for the NFL to give to television partners. To most, it’s not clear where ABC would fit in, but a closer reading of the 17 game concept makes ABC’s opportunity more clear.

A seventh regular-season game gives the NFL a whopping 16 games that would be played in London and other non-NFL cities, with every team having eight true home games, eight true road games, and one neutral-site game.

Under this proposal, the 16 new games would all be neutral site games, with the bulk of them happening in London. When the NFL initially started futzing around with games in London, these games were almost always within the normal viewing windows of 1 PM ET. But starting in 2014, the league started experimenting with 9:30 AM ET kickoffs, which meant the London games in this time slot would almost assuredly have zero overlap with the normal slate of football broadcast on Fox and CBS. The end result was a fourth viewing window on Sundays, and seemingly low hanging fruit for a new television package.

But it wasn’t a perfect fit. The drawbacks to moving forward with a new package included:

Rams 6:30 AM local kickoff is a middle finger to fans and another example of NFL prioritizing money over them https://t.co/sPFpb7Pe6g pic.twitter.com/T4cGwacnQ9

Amidst the new chatter of a 17 game schedule, with the 17th game being a neutral site game, issues two and four are totally alleviated, which would allow the NFL to massage the first two issues as needed (or they could just say ignore entirely). The NFL would now have more than enough inventory for ABC, or another potential TV partner, to write a big check for that window, which could presumably include some other perks like games on holiday weekends, some night games, playoff games, and a likely slot in the Super Bowl rotation. As the only network without a regular season package including a Super Bowl, ABC would be poised for a big windfall in elevated retransmission fees, which would help fund such a pricey move. Fox and CBS would also be gaining an extra weekend of NFL regular season football, so you’d have to believe they’d be in favor of the change, given their packages would be extended by an extra weekend.

Ultimately, this whole concept hinges on the players agreeing not only to a 17th game, but having that one game played abroad. That’s a big ask, but perhaps a shortened preseason, more money, additional roster sports, and improved benefits could see the door open up for this to become a reality. If so, that’s most likely where ABC would slide into the picture. Beyond that, more football in London adds more momentum to the idea of international expansion. which seems to be the NFL’s long play to more revenue (increased international TV revenue).

Roger Goodell has stated he wants the league making $25 billion in revenue by 2027 (the league was making under $9 billion when he stated this goal in 2010). While $25 billion might be a pie in the sky scenario, the NFL is reportedly sitting at between $16-$17 billion in revenue dollars a year. Who knows if the league will hit their $25 billion goal, but the chances of that happening are considerably less likely if the league can’t navigate another television package for ABC or add more teams in more countries. With that in mind, I’d be surprised if the owners don’t stay firm on this idea going forward, knowing there is more low hanging fruit they haven’t already plucked at this point.