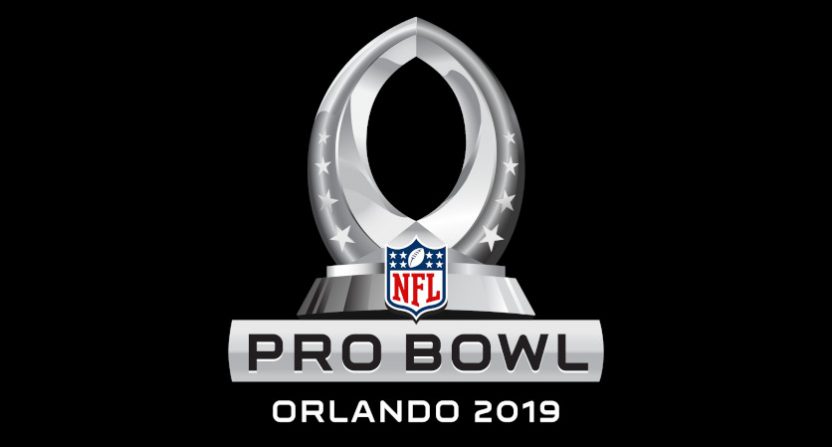 Simulcast coverage has become a big thing in recent years when televising live sports. Apparently, it’s not good enough to broadcast a major event on just one network anymore, it has to be spread across your television guide so that you have no choice but to watch on an endless loop. We’ve seen it with the College Football Playoff, the NFL Draft, and now…with the Pro Bowl. Yes, the Pro Bowl.

Yes, the game that nobody wants to play in and everyone loves to make fun of is getting end-of-the-world level coverage from ESPN. Bristol is televising the Pro Bowl this coming Sunday on not one, not two, not three, but four different networks. The game will be aired on ESPN, ABC, ESPN Deportes for Spanish language, and *checks notes* Disney XD for some reason.

ESPN will offer unprecedented coverage of the 2019 Pro Bowl with four different networks – ESPN, ESPN Deportes, ABC and Disney XD (for the first time) – carrying the matchup of AFC vs. NFC stars on Sunday, Jan. 27, at 3 p.m. ET from Camping World Stadium in Orlando, Fla.

Quarterbacks Patrick Mahomes (AFC/Chiefs) and Russell Wilson (NFC/Seahawks), who led their respective teams to the NFL Playoffs, are among the marquee players in this year’s Pro Bowl. The telecast will feature in-game audio of the Pro Bowl quarterbacks and captains, all of whom will wear microphones. Other planned enhancements include C360 cams on the goal posts, Ref cams and Line-to-Gain cam.

ESPN’s Monday Night Football commentator team of Joe Tessitore, Jason Witten, Booger McFarland and Lisa Salters will call the action for ESPN, ABC and Disney XD, while Eduardo Varela, analyst Pablo Viruega and reporter John Sutcliffe will call the game in Spanish for ESPN Deportes. This will be ESPN’s 15th Pro Bowl telecast and the 24th for ABC. The Pro Bowl will also be available via the ESPN app.

In some respect, one could understand ESPN offering wall-to-wall coverage around the game from Orlando throughout the week. Most of the sports world’s attention will be on the NFL in the two-week lead-up to the Super Bowl and let’s be honest, when doesn’t ESPN provide non-stop NFL coverage?

But at some point, isn’t the trend of limiting viewer options by simulcasting games/events on so many networks getting a little out of hand? ESPN Deportes doesn’t really count in this because it’s a unique broadcast that provides a Spanish language option, but does the same Pro Bowl telecast with the much talked about Monday Night Football crew really need to be on three different channels with ESPN and ABC and Disney XD of all options? Was Freeform not available? (In case you were really wondering, Disney XD and ESPN will also be simulcasting the Pro Bowl Skills Challenge together Thursday night.)

Considering this is a widely-panned exhibition game that most fans would probably prefer the NFL would just go ahead and do away with, what’s the point of the over-saturation? Is this just ESPN’s way of telling the NFL that they’ll televise anything on any number of channels to appease Roger Goodell’s thirst for world domination? Is there no cornhole or axe-throwing tournament ESPN could televise as an alternative?

Think about it this way – what’s the cross-section of people who care about the NFL enough to actually sit down and watch the Pro Bowl and those who will luckily stumble upon it on Disney XD? It’s probably between slim and none. Regardless, fans of the Guardians of the Galaxy TV series are in for a rude awakening on Sunday afternoon. Hopefully those kids at least go a little easy on Jason Witten.