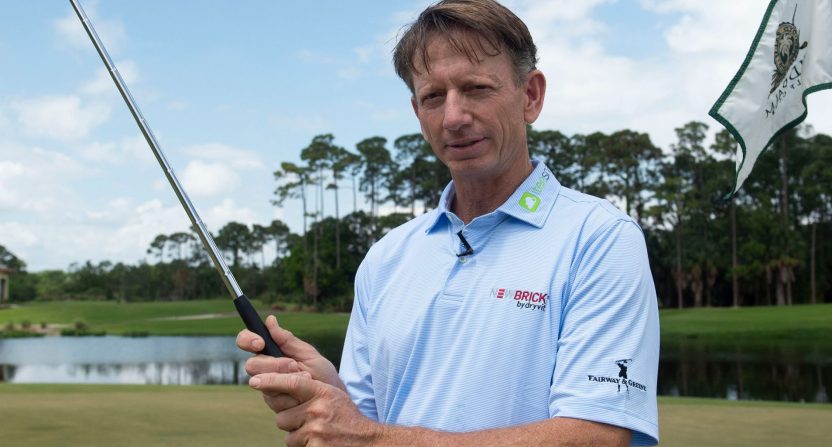 A few weeks ago news broke that longtime NBC and Golf Channel broadcasters Roger Maltbie and Gary Koch would be leaving the network at the end of 2022.

At the time, it was apparent that this move was made to revamp the staid feel of NBC’s coverage, even if Maltbie and Koch weren’t actually the problem with the broadcasts.

From our piece then:

It’s important to note that none of those problems will be solved by moving on from Maltbie and Koch. At no point would anyone point to those two as anything close to the biggest problems with NBC’s golf coverage. That said, this does feel like the sort of move that could hint at wider changes coming soon. CBS moved on from Gary McCord and Peter Kostis before giving their broadcasts a much fresher feel overall.

Now, thanks to a report from Golfweek’s Adam Schupak, we know what some of these changes will be. According to Schupak, NBC will add Brad Faxon and Smylie Kaufman to their coverage in 2023. In addition, longtime Golf Channel analyst Curt Byrum will reportedly be bumped up to a more prominent role in the wake of David Feherty leaving for LIV Golf.

Both names will likely be familiar to most golf viewers. Faxon was a longtime PGA Tour player, with a fairly decorated career and a post-playing resurgence as a putting guru to players like Rory McIlroy. He also worked as Fox’s lead analyst for years (replacing Greg Norman) contributing to a very good run of USGA coverage on Fox Sports networks until they dumped golf rights back to NBC. According to Schupak, Faxon will be a tower analyst and also appear on studio programming.

Kaufman, meanwhile, is the clear attempt by NBC to skew younger. Only 31, Kaufman was once a top-50 player in the world. Golf is hard, though, and he’s struggled with his playing career for a variety of reasons in recent years. That said, Kaufman obviously knows most of the top young players on tour, and is especially tight with players like Justin Thomas and Jordan Spieth.

Schupak’s report notes that this move is directly related to a similar addition by their competition at CBS:

Kaufman is expected to be an on-course analyst and viewed as a direct response to CBS’s hiring of Colt Knost, who went from a part-time role last year to a full-time gig this season.

Kaufman has been good, and putting a peer on the course interacting with players couldn’t hurt in terms of getting big names to actually open up and offer more than the usual cliched answers.

It’s clear that NBC recognizes they needed to a refresh. Let’s hope these changes also presage more widespread production changes as well. That, more than anything else, is what’s needed.