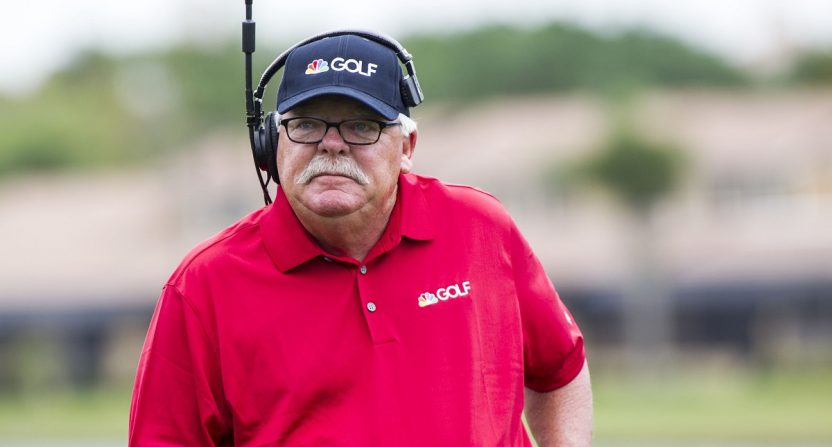 NBC Sports is shaking up their golf broadcasts for 2023 with on-course reporter Roger Maltbie and tower analyst Gary Koch both being informed they won’t be returning.

Maltbie and Koch had been with NBC Sports full-time since 1992 and 1999, respectively, making this a major transition point for a network heavily invested in the golf space.

Golfweek has confirmed that both Roger Maltbie and Gary Koch won’t be returning to broadcasts in 2023. The network told Maltbie and Koch the decision was made to “refresh” the team for the future.

“Roger and Gary have been synonymous with NBC Sports’ golf coverage for decades, having educated and entertained multiple generations of viewers and having made some of the most memorable calls in the history of the game,” said Golf Channel Executive Producer Molly Solomon via a statement to Golfweek. “Their professionalism and prowess is only exceeded by their character as they have been great teammates and friends to so many of us here. We will be honoring their careers during our coverage of the PNC Championship in December.”

As someone who started watching golf in earnest in the late 90s, it’s wild to consider that I’ve basically never known NBC and Golf Channel golf broadcasts without these two men. Both Maltbie and Koch are pros, and their years of interplay (especially along with Johnny Miller) soundtracked the sport for decades.

That said, Maltbie is 71 and Koch is 69. It’s more than understandable that NBC would look to showcase different, younger talent. In recent years CBS and ESPN have both elevated their golf broadcasts, while Fox Sports did an excellent job before leaving the sport. NBC and Golf Channel, once the gold standard for golf on television, has often lagged behind, being late to the party on obvious broadcast improvements and just generally offering a poor viewing experience relative to their own past performance much less the rest of the competition.

It’s important to note that none of those problems will be solved by moving on from Maltbie and Koch. At no point would anyone point to those two as anything close to the biggest problems with NBC’s golf coverage. That said, this does feel like the sort of move that could hint at wider changes coming soon. CBS moved on from Gary McCord and Peter Kostis before giving their broadcasts a much fresher feel overall.

It’s good news, then, that NBC recognizes changes have to be made. For the sake of the golf-viewing public, though, let’s hope there are more moves coming to address the real problems with their golf coverage.