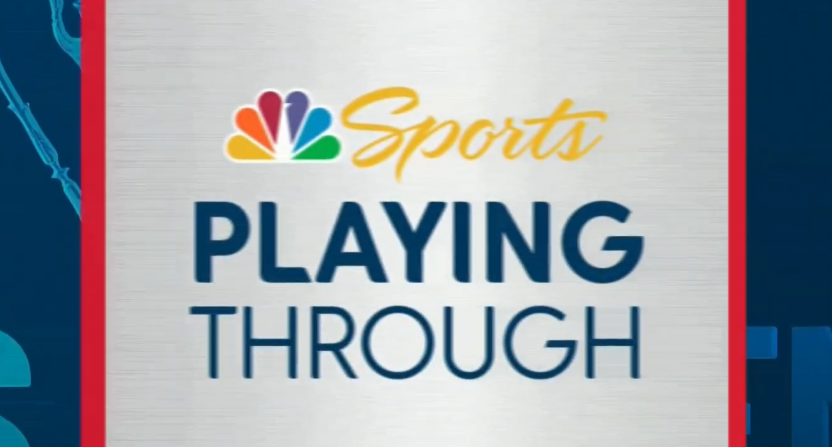 Jon Rahm finished the U.S. Open in incredible fashion, burying two huge birdie putts on 17 and 18 to get into the clubhouse at -6.

With the rest of the field faltering and Louis Oosthuizen only managing to get to -5, Rahm hung on, and we ended up with a very deserving winner. That’s all good!

The broadcast itself, though, spread for four days across NBC, Golf Channel, and Peacock, was not nearly as well-received as Rahm’s victory. Too many commercials, some questionable lack of shots shown on Sunday, and even blown flyover timing during the post-round ceremony all factored in, and all are worth mentioning. There’s one very simple change that NBC needs to make immediately, though: the constant leaderboard graphic.

First, as with all golf broadcast posts here: yes, golf is a tough sport to broadcast. Yes, there are “eighteen different arenas”, sort of. Yes, obviously not every broadcast can be completely devoid of commercials. (Most of all, yes, complaining about the coverage incessantly is perhaps annoying in its own right, or at least it can be, especially if it’s not substantive.) But that doesn’t make any critiques invalid, and it certainly doesn’t mean viewers should have to just be happy with whatever they’re given.

The presentation is important; the U.S. Open in primetime on NBC was handily beaten by Holey Moley on ABC. If more people (demo and overall) wanted to watch a mini-golf obstacle course show than one of the biggest events in golf, that’s a sign things should change.

The lack of an onscreen leaderboard graphic from NBC was especially galling, as it’s a prime example of golf coverage moving backwards in some respects. When Fox took over the USGA properties, they had some obvious growing pains, but by the end of their tenure in the sport they’d actually become a very pleasant watch. One of the main reasons was the innovation they pushed; from the start, they offered a live leaderboard on screen at all times, a pretty simple evolution that ended up becoming indispensable.

CBS followed suit, and at the Masters and the PGA this year both they and ESPN offered the translucent leaderboard tucked into the corner of the screen.

NBC, though, doesn’t offer one at all, and the absence is very apparent.

There's zero excuse to not have this. Very simple thing, and every other network that broadcasts golf (or did broadcast golf, in the case of Fox) would have it. https://t.co/HAZelnadmF

Fox giving the USGA rights back to NBC (and paying a lot of the contract still; NBC is airing these events for cents on the dollar) has been unfortunate all around. The difference was apparent for a lot of the weekend, and especially during a stretch today when there were ten players either tied for the lead or one shot back. The constantly updating leaderboard is essential for dense moments like that, where even the most critical observer would be okay with a network not being able to show every shot from every player in contention.

Please add this for the Open Championship in July, NBC. That’s a small ask.

A few other observations:

When you get the flyover timing wrong: pic.twitter.com/adQPaQUusY

To finish with something positive: NBC’s camerawork is top notch, somehow even managing to catch that a ball bounced up into a tree in a key moment without coming down. Their analysts on the course, especially Bones Mackay, Roger Maltbie, David Feherty, and Gary Koch, are all very good at setting the table for viewers and providing the right context.

NBC knows how to make golf feel big and important. They’ve done that for years. It just didn’t really come through this week, for a variety of factors. That’s unfortunate. Hopefully the Open is a different story, starting with a leaderboard graphic.