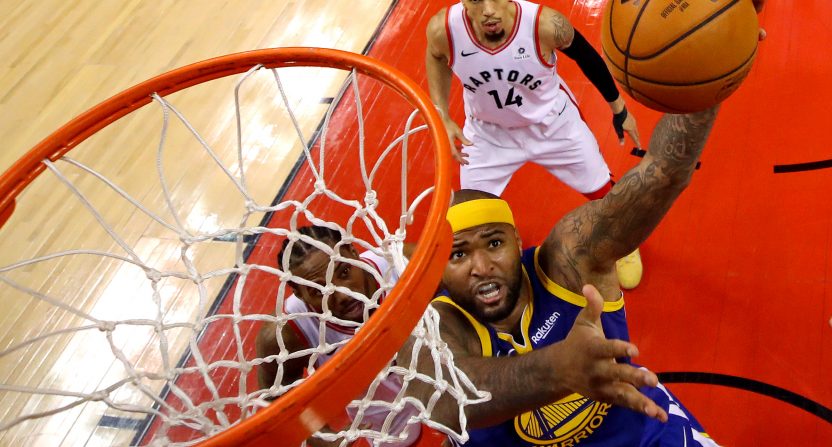 Game 2 of the 2019 NBA Finals saw the Golden State Warriors even the series with the Toronto Raptors, ensuring the Finals will go at least five games. While the win was good news for the Warriors, the overnight ratings were a different story for ABC.

The game registered a 10.2 rating with a 19 share, down 20 percent compared to last year. Game 2 did experience a one percent uptick from the series opener.

ESPN did its typical best to spin the numbers in a positive fashion::

?66th straight time the NBA Finals on ABC is expected to win the night across all of TV

The obvious takeaway is that without a second U.S.-based team, the numbers are down significantly, as ratings guru Anthony Crupi points out.

While the numbers are down, let’s look at a couple of factors. This Finals still hasn’t found its identity and the longer it goes, the better the ratings are likely to be. Should the series reach six or seven games, more casual viewers will tune in. Will that be enough to get ABC close to last year’s numbers? Most likely not until a Game 6 or 7.

And when you compare Sunday night’s Game 2 to other NBA Finals without the Cavs and Warriors, the ratings are quite comparable. The 10.2 for Sunday’s game was about even with the 2014 Finals Game 2 which had the Miami Heat and San Antonio Spurs. And also with the 2008 finals which pitted the Boston Celtics and Los Angeles Lakers. That’s despite not having a home market counting for ABC’s numbers.

Overall, the NBA Finals are off to a slow start ratings-wise, but they still have time to pick up some momentum, barring a five-game win for either team. ESPN/ABC executives are obviously hoping for a longer series, because that might be the only way to bring in more viewers than they’ve been able to so far.