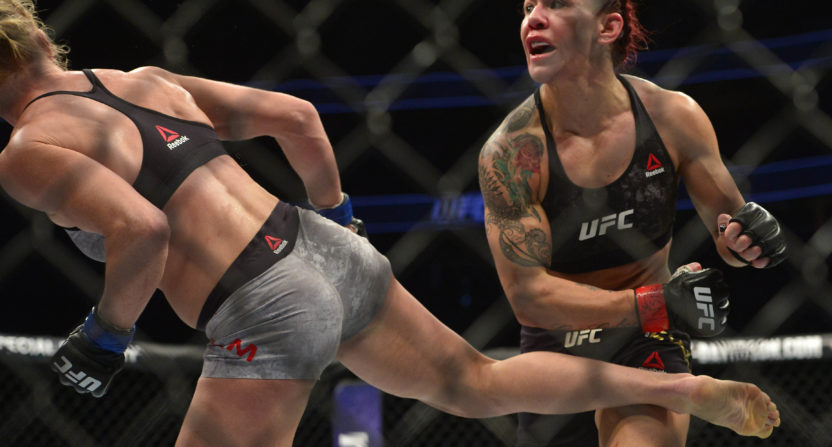 Amazon made a giant splash last year when it acquired rights to the NFL’s Thursday Night Football package. Now, the tech giant is making clear that its foray into live sports streaming won’t stop there.

On Wednesday, Amazon announced it had purchased non-exclusive U.S. rights to UFC pay-per-view events, beginning with Saturday’s UFC 222. Viewers will be able to purchase fights directly through Amazon, whether or not they have an Amazon Prime membership. Because the rights are non-exclusive, the events Amazon airs will also be available through other outlets, including (presumably) on cable TV.

This pact represents Amazon’s biggest commitment to live sports since its NFL deal. The company also reportedly bid on the 2018 Thursday Night Football package and been rumored to have interest in tennis, English soccer and more live events. It has also embraced sports in other ways, with a documentary series about Michigan football and a partnership with Sports Illustrated on SI TV.

UFC, for its part, is still working to sell its overall media rights, currently held by Fox. Sports Business Journal, which was first to report the UFC-Amazon agreement, has some details:

This deal comes as UFC has been shopping its overall media rights. Fox Sports has put an initial offer of $200M on the table, sources say, which would be a healthy increase over the $120M per year average it currently pays, with the final year payout coming in at $160M. When Endeavor bought UFC in ’16, sale documents valued UFC media rights at $450M per year, but Endeavor sources have said they never expected to hit that number.

Amazon will charge $64.99 for Saturday’s UFC 222, headlined by Cris Cyborg vs. Yana Kunitskaya. The event will also air on FS1 and will be available through typical pay-per-view channels.