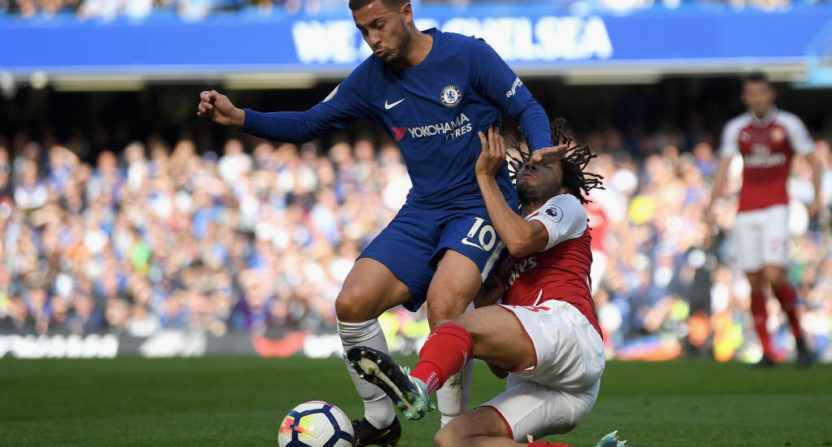 Coming off successful bids for the National Football League and the ATP Tour, Amazon is now looking at one of the world’s most popular leagues as its next target for live sports. The Daily Mail reports that Amazon will be a player for the English Premier League’s media rights in the United Kingdom, potentially bidding against incumbents BT Sport and Sky.

Earlier this year, Amazon successfully wrestled the ATP Tour UK rights away from Sky and also outbid Twitter and Facebook for the NFL’s Thursday Night Football streaming package this season. Now the Daily Mail says Amazon is setting its sights on the Premier League for a three-year contract starting with the 2019-20 season. There are multiple Premier League packages that would be up for bid and Sky has most of them. However, Amazon certainly has the cash to buy as many of those packages as its wants, and could even take them all for its Prime Video service.

Would this effect your viewing in the United States? No. NBC has the contract through the 2021-22 season, but once those rights are up for bid, there’s nothing stopping Amazon from going for them as well.

Imagine Amazon doing a similar sales pitch to the Premier League as it did to the NFL when it won the Thursday Night Football rights. Amazon can distribute its content worldwide and, with a growing membership, it can attract a large global online audience. And for Thursday Night Football, Amazon plans to have multiple streams for one game. It can do the same for the Premier League.

The NFL is one thing, but if it can win the Premier League, an organization with reach into Europe, Africa, the U.S., and Asia, Amazon will certainly be able tap into a huge fanbase.

Sky and BT Sport know they have to reach deep into their pockets to compete with Amazon, but they will likely not have enough to match the tech giant’s firepower and war chest. If it’s able to win a huge amount of fixtures, it would send shockwaves throughout the industry and would be a significant game changer in sports media.

Sky and BT are definitely keeping a nervous eye on Amazon, while the Premier League has to be licking its chops – especially if the Daily Mail report is true.