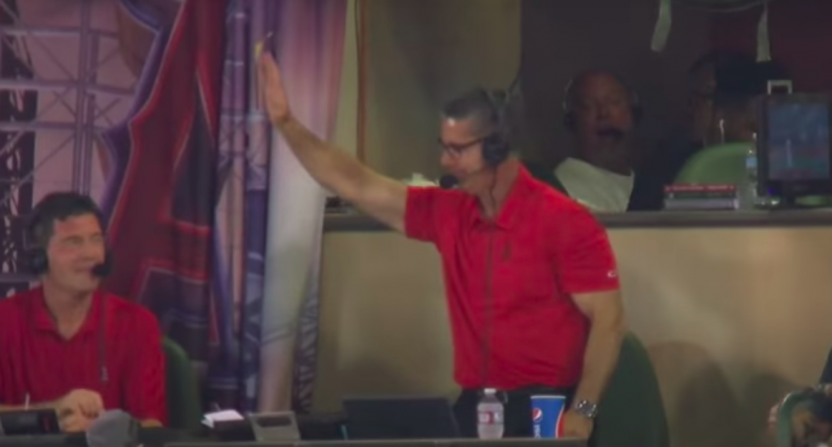 Victor Rojas has announced that he is stepping down as the TV voice of the Los Angeles Angels of Anaheim after 11 years in the booth. He announced the move on his Twitterfeed on Saturday, noting that he was leaving to “spend more time with my family in Texas, continue to build our apparel business, await the birth of our 1st grandchild, and prepare for my next venture.”

The son of MLB All-Star and former Angels manager Cookie Rojas, Victor was a pitcher in the Angels organization before becoming a coach with the Florida Marlins in 1993. He then began a broadcasting career as the radio and TV announcer for the Newark Bears of the Atlantic League before becoming a broadcaster for MLB Radio. He made his debut with a Major League Baseball franchise in the radio booth for the Arizona Diamondbacks in 2003. He then spent five years with the Texas Rangers before joining the Angels in 2010, where he was paired with Mark Gubicza, creating one of the most underrated broadcasting pairs in the league.

Rojas, who had worked in the front office for the Newark Bears, was granted an interview for the Angels’ GM position after last season, tweeting about it after he had been removed from consideration.

Now that I've officially been eliminated from consideration, I want to thank the @Angels organization for including me as a candidate for their GM position. There are a couple of attachments that explain how process played out for me over the last couple of weeks. #angelsfamily pic.twitter.com/70IPhgvvft

Rojas was also critical of MLB’s COVID-19 response during the season.

The broadcaster, his wife, and two children launched  “Big Fly Gear,” an apparel company named for Rojas’ home run call. The family calls Texas home, which means Rojas’s career in California was keeping him away from his permanent residence for extended periods.

Angels fans will miss Rojas’s signature calls, including “Light that baby up!” after the Angels won, and “Drive home safely!” after any Angels’ walk-off win. Rojas also brought a real sense of humor to the booth with him, such as the time he accidentally called the game over during a confusing doubleheader in which the visiting team was technically treated as the home team.

AND THE ANGELS WALK-OFF— wait a minute…

AND THE ANGELS TAKE THE LEAD! pic.twitter.com/o6hVW452DV