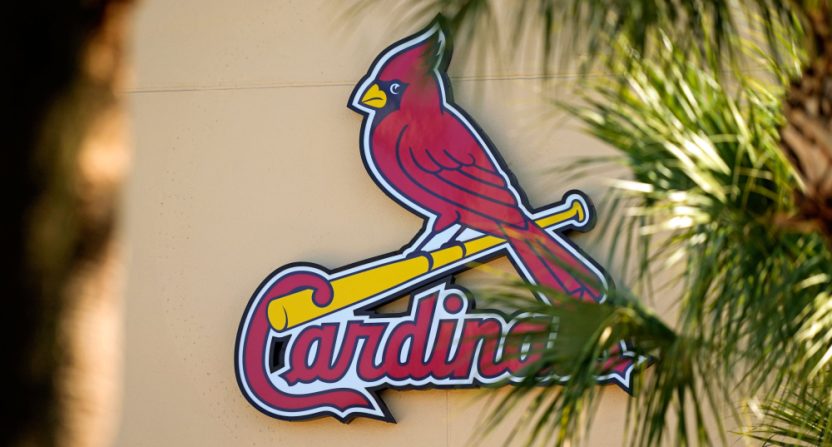 The St. Louis Cardinals and play by play broadcaster Dan McLaughlin parted ways last week following a DWI arrest earlier this month, and the search is on for a replacement.

Two prominent names with links to the region won’t be the team’s next voice on Bally Sports Midwest.

Per the St. Louis Post-Dispatch, Joe Buck was approached and turned the offer down, while Bob Costas isn’t interested.

Buck, a former Cardinals broadcaster and the son of legendary Cardinals voice Jack Buck, said “it’s not the right time in my life” to take on the role. He’s also satisfied with his decision to scale back his schedule following his stunning move to ESPN earlier this year.

He said that while he already has been approached about doing some Cards BSM games, he “politely declined” the overture.

“It’s not the right time in my life,” Buck said this week. “I don’t think it’s fair to do just a few games, you have to be committed to this.”

“I made a decision I was ready to scale back,” he said of his move last spring from Fox Sports. “It has worked out.”

As for Costas, a former St. Louis resident who called games for the ABA’s Spirits of St. Louis, he said “that time long since has passed” regarding calling games for the Cardinals.

“If there ever was a local team whose games I would have done, it’s the Cardinals,” Costas, 70, said this week. “But that time long since has passed. It’s not going to happen.”

Costas said that the team and Bally Sports Midwest should be looking for a long-term replacement, while Buck talked up the job for anyone potentially interested.

“Whoever they hire should be a very good baseball broadcaster who can give them 20, 30 years,” Costas said.

“To live in this city, to do the Cardinals — who usually have the top-rated (local telecasts) in the country — people can’t get enough of them,” Buck said. “There is total interest from the fan base, the team is always competitive. That’s everything you want as a broadcaster.”

Dan Caesar of the Post-Dispatch also reported that Cardinals radio broadcasters Ricky Horton and John Rooney were not jockeying for the TV play by play job, while former Cardinals broadcaster Steve Schlanger said he was “not that interested in baseball.” Caesar also floated a couple of national names that could be in the running – MLB Network’s Greg Amsinger and Aaron Goldsmith of Fox and Root Sports Northwest.

I fully agree with the comments made by Buck and Costas about the job. The Cardinals should be looking for a long-term solution (like when the Dodgers hired Joe Davis as the eventual successor to Vin Scully), and the position is quite attractive because of the Cardinals’ strong local viewership and consistency on the field. Making the right hire will be important going forward, if only so they don’t need to go through this type of wide-ranging search again in the coming years.