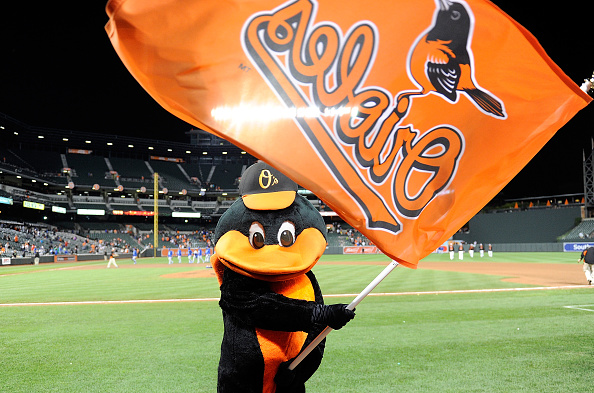 Usually, when you hear that a sports franchise or media organization has fired an announcer due to their social media presence, there’s usually a fairly direct line to something sexist, racist, or harassing. In the case of Baltimore Orioles public address announcer Ryan Wagner, it seems as though he may have been let go by the team for tweeting about…being glad to be back in the stadium with fans?

Per Dan Connolly of The Athletic, Wagner, who has been the Orioles PA announcer for 10 seasons, was told just hours before the team’s 2021 home opener that his services were no longer required. He had been at the stadium that day to record local TV promos on Thursday, then returned home briefly before the game, at which time he was contacted by the franchise not to return to the park. He was told that his employment had been officially terminated on Friday.

Bowie Baysox public address announcer Adrienne Roberson replaced Wagner in the booth on short notice. Neither Wagner nor the Orioles commented to the Baltimore Sun, though the team did confirm the firing.

Wagner’s firing had been so sudden and abrupt that he had been doing the press rounds as recently as Thursday morning, promoting the upcoming Orioles season. Throughout his interviews, Wagner sounds so excited to be back amongst Baltimore fans in Camden Yards and there doesn’t seem to be too much to pick apart in terms of offensive content.

“There was nobody here [last season],” Wagner told CBS13 on Thursday, “It was like shouting in a library. But it’s, you know, it’s great to be back. The baseball field, that’s for the players. This– this building, this stadium is for the fans, and the magic of this place is really brought here by those folks. And so it’s going to be great to see them back again.

So what did Wagner do that was so fireable? According to The Athletic, Wagner’s Twitter account was the culprit. But when inspecting the feed for offending tweets, it’s not that easy to find that many that seem out of bounds. His final tweet as an employee of the Orioles was all about how excited he was to be back in the “best ballpark in baseball” with fans.

Sincerely – can’t wait to welcome fans back to the best ballpark in baseball. It just wasn’t the same without you. https://t.co/SlDe8Rc30y

The Athletic did note that Wagner had previously been cautioned by the team about his social media posts, though it’s unclear on the specific content of those offending posts.

It is possible that the Orioles didn’t like that Wagner inserted himself into political conversations from time to time. He recently got into a Twitter fight with one person over MLB’s decision to move the All-Star Game out of Georgia following the Republican-led government’s new voting laws (Orioles owner Peter Angelos has donated to Democrat causes in the recent past, for what it’s worth).

Great news. Proud to work in this sport today. https://t.co/hiKdpeHrk8

The Balt. Orioles fired long-time P.A. announcer Ryan Wagner @rwags614 today, their home opener, only hrs before game time. "Escorted" him out. Why? His Twitter posts. 95% are about baseball. So. maybe these? Are the StL Browns, er, Orioles, placating MAGA racist fans? Or no? pic.twitter.com/vaUFiqUZ3i

Wagner’s tweets also tend to have an Orioles fan-centric tint to them and he would sometimes get into it with naysayers. While fairly benign offenses, it’s possible that a buttoned-up organization didn’t enjoy hearing about or seeing one of their public-facing employees getting into Twitter scuffles with fans or followers.

Regardless, it’s hard to quite know what went into the decision to fire Wagner and in such an intense fashion that surely caused some headaches internally.