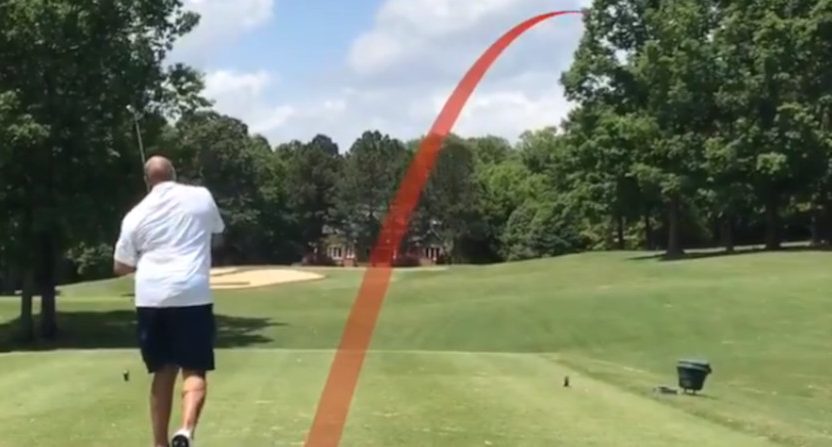 Want to see what it looks like to use shot-tracing technology on a terrible golfer? Well, the NBA on TNT is here to make that happen. The Inside the NBA crew of Ernie Johnson, Kenny Smith, Charles Barkley and Shaquille O’Neal hosted their second-annual “Black Masters” tournament this past weekend, described by Golf Digest as “an invite-only ‘celebrity’ golf ‘tournament’ starring EJ, Chuck, and a host of friends and former athletes.” Gary Sheffield won this time around, unseating defending champion Johnson, but it was Barkley’s golf game (up to its usual struggling standards) that drew the most attention. And that was especially true when the NBA on TNT Twitter account released a video Tuesday morning of some of his worst shots with a shot tracer:

Chuck had an adventurous round at the 2019 Black Masters. ??‍♂️? pic.twitter.com/SJtvZRdtIu

Now that’s a negative highlight reel. And also something you don’t usually see from shot tracer technology. While it’s fun to watch it for all the really well-hit shots in the pros, it turns it’s also quite fun for watching Barkley’s shots. But hey, he’s well aware that he’s bad at this, and he keeps trying anyway. Good for him.