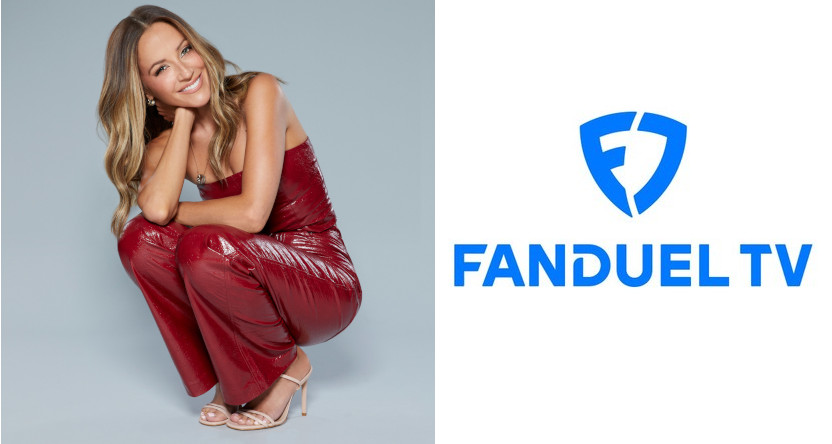 Over the past few years, we’ve seen more and more integration of FanDuel content into TVG and TVG2, the “Television Games Network” channels originally focused on horse racing, but also owned by FanDuel majority owner Flutter. The FanDuel/TVG integration started in June 2018 (shortly after the U.S. Supreme Court ruling clearing the way for more legalized sports betting, and when FanDuel and TVG were both owned by Flutter predecessor Paddy Power Betfair, which changed its name to Flutter in March 2019 and acquired The Stars Group later that year) with talk of FanDuel creating TVG shows (but with FanDuel CEO Matt King saying “We need to make sure that it’s not viewed as an infomercial for FanDuel”). September 2018 saw the launch of two specific shows, More Ways to Win and The Barstool Sports Advisors. Now, FanDuel announced Thursday that they intend to make the whole TVG channel FanDuel TV in September, while also launching a “FanDuel+” OTT service.

The new FanDuel TV will have a vast lineup of betting programming. That will include a new daily show from Kay Adams (seen at left above), who was a key part of NFL Network’s Good Morning Football from 2016 to earlier this year. Other content here will include projects from Pat McAfee and his PMI Network (McAfee signed a giant overall sponsorship deal with FanDuel last December), content from Bill Simmons and The Ringer Network, and the continuing More Ways to Win (which will continue to be hosted by ESPN alum Lisa Kerney). They’re also carrying live sports, particularly international basketball, through an agreement with Sportradar. And they’re also launching an over-the-top FanDuel+ service. Here’s more from a release:

FanDuel Group, the premier online gaming company in North America, announced today its intent to launch FanDuel TV which will include a broadly distributed linear cable television network, and its new OTT platform to be known as FanDuel+. Both FanDuel TV and FanDuel+ will go live in September of this year and become the first linear/digital network dedicated to sports wagering content and delivering more live sports programming than any other network in America. As part of the launch, FanDuel TV is excited to welcome Kay Adams who will headline the network with a live daily morning show five days per week. Adams, who previously served as a host of Good Morning Football on the NFL Network will host the show from FanDuel TV’s Los Angeles studios each day at 11:00 am EDT. As part of the launch, the company announced that FanDuel+ will be free to download for existing FanDuel customers with accounts on any of its sportsbook, casino, horse racing or daily fantasy platforms.

“FanDuel TV is the first network designed from the ground up to be watched by viewers with their phone in hand,” said Mike Raffensperger, Chief Commercial Officer, FanDuel. “We intend for FanDuel TV to sit at the intersection of live sports and interactive content and believe Kay is the best example of an on-air talent who can bring fans closer to the narratives of the games they care about most. Our goal is to provide fans compelling programming to watch and wager on in tandem with our mobile app.”

Raffensperger and Adams also spoke to Variety‘s Brian Steinberg on this, and spelled out some more specifics:

[Adams] is launching a new morning program that will rely heavily on chatter about betting, all on a cable network operated by one of the biggest facilitators of betting in the business: FanDuel. She might talk about the over and under on her getting a speeding ticket in Los Angeles or on the types of things that might show up in HBO’s new “House of Dragons” series. But she also stands ready to mix it up with knowledgeable guests and experts on odds making and wagering on upcoming sports games.

Betting on sports “is a part of our game. It’s the future of the industry,” says Adams. “I want to be on the right side of that.”

…FanDuel hopes to break the mold, says Raffensperger. “The world does not need more very analytic, pick-based touts of the X’s and O’s of gambling. There is a lot of that out there, and frankly, I don’t think it can always be that interesting,” he says. “I’m interested in creating something that features voices like Kay’s that are unique, authentic and have real engagement with their audience, and can thread gaming into broader editorial narratives in sports and culture.”

Adams, the sportscaster, expects to talk to a new type of sports audience, one that plans on interacting with the games they see rather than passively taking them in. “To me, success on this show will be building a community that is ready for the future of what sports content looks like,” she adds.

The interactive idea is an interesting one, and one we’ve seen a little bit through endeavors like a past integration between TVG and fuboTV. The FanDuel TV rebrand should let Paddy Power Betfair integrate the TV side even more with their sportsbook side. And there’s some notable content here too, from Adams’ new show through the upcoming Ringer/PMI projects (no further details on those have been released yet) through the continuing More Ways To Win. We’ll see how the new FanDuel TV pans out.