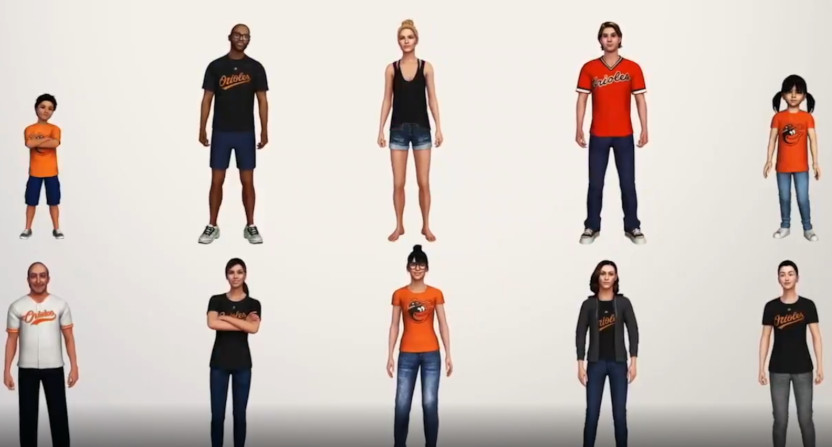 Fox Sports is continuing onwards with their plans to use artificial noise for games played without fans, and they’re now taking it to a new level by adding in “virtual fans” digitally for their MLB broadcasts. Fox already brought the (fake) noise to their TV broadcasts of the MLS is Back tournament, relegating streams with just natural noise to their website and app (unlike ESPN, which has used just the natural sounds for their broadcasts), and they’re going to do something similar in baseball. But Fox is also going to add computer-generated models of fans dressed in different team gear into the stands (an example of what that looks like with the Baltimore Orioles is above), along with audio of fans booing and cheering. Here’s a video they released Thursday on what that will look like, which even involves the “fans” doing the wave:

No fans? Not on FOX Sports.

MLB on Fox coverage begins Saturday with three games on broadcast Fox and one on FS1. Fox Sports will have 13 MLB games on broadcast Fox and 37 on FS1 this year. And Fox Sports executive producer and executive vice president (production and operations) Brad Zager spoke to Andrew Marchand of The New York Post about this virtual fan approach, and had some interesting quotes:

“The original concept sounds like something that would never even happen — pie in the sky,” Fox Sports executive vice president Brad Zager told The Post. “Pretty quick after this pandemic hit we thought we could be in a position to produce games without crowds.

“We were dead set on trying to make the broadcast with no crowd feel as authentic and organic as possible. We want to give people an escape.”

Zager also notes that this approach could wind up on other Fox Sports productions of events without fans, possibly even the NFL (where it’s looking like many games may have few to no fans allowed). His line to Marchand there was “The NFL has been partnering with us and knows where we are in this process, and we will continue to work with them as we get closer to NFL season in rolling it out there, if we do.” So fake fans could be coming to the NFL on Fox as well.