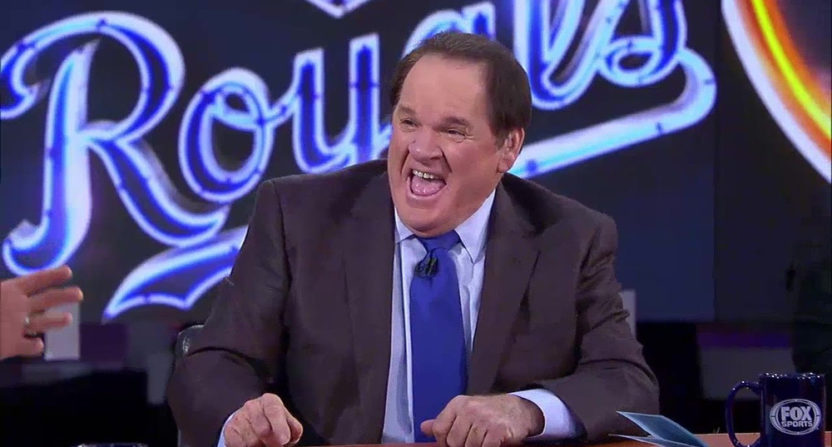 We’ve seen plenty of strange outcomes from lawsuits in the sports world over the years, such as Gawker Media being forced into bankruptcy by Hulk Hogan and Hugh Freeze getting fired thanks to revelations from Houston Nutt’s lawsuit against Ole Miss, but revelations from Pete Rose’s defamation lawsuit cancelling the Phillies’ plans to honor him and potentially costing him his broadcasting job may be the oddest yet. Rose filed the lawsuit last year against John Dowd, the lawyer who produced the report that led to Rose’s ban from baseball (and is now an advisor to President Trump), protesting claims Dowd repeated on West Chester, Pennsylvania radio station WCHE 1520 AM in 2015 about Rose having sex with underage girls in spring training during his playing career. That led to a now-adult woman making a sworn statement in federal court Monday that Rose began a sexual relationship with her in 1973 before she was 16 (and when he was 33), which would be statutory rape, and that led to the Phillies scrapping their plans to honor Rose and destroying the bobbleheads they’d had made:

As part of cancellation of Pete Rose #phillies Aug 12 Wall of Fame night , all 35,000 Rose giveaway bobbleheads Aug 11 will be destroyed

The more interesting sports media implication may be if this causes Rose to lose his MLB on Fox broadcasting job, though. Rose joined Fox in 2015, making most of his appearances during the baseball postseason each year, and he was a key part of the success their studio show found. However, Fox declined comment to Sports Illustrated’s Richard Deitsch Wednesday on if Rose was still with them:

Fox Sports declines comment on the Pete Rose allegations. His next appearance is undecided at this time.

SI legal expert Michael McCann suggested that Fox might be able to use a “morals clause” to end Rose’s contract, as they reportedly did with former president of national networks Jamie Horowitz:

However, in Rose’s case, that could be difficult. A lot would depend on how the particular morals clause in his contract (presuming there is one) is written. Some of those clauses only apply to actions taken during the contract, and these allegations are about something from over 40 years ago. Some also include “charged with or convicted of” language, and Rose isn’t going to be charged criminally here; that statute of limitations has passed.

Rose may not even wind up losing this lawsuit. As his lawyer told The Cincinnati Enquirer, this statement doesn’t actually say anything about the specific Dowd allegation (Rose having sex with girls aged 12 to 14 during training camps in Florida) this lawsuit is about. (Rose also admitted the existence of this relationship, but said it happened in 1975, and that he believed the girl was 16 at the time.) It is possible that Rose’s contract has a provision where Fox could part ways with him without penalty if embarrassing past activities came to light, and that would have been a smart thing to write in given the numerous controversies Rose was involved in long before joining Fox,  but we don’t know if it includes something along those lines.

Regardless of if there is a morals clause escape for Fox or not, they could still part ways with Rose. The morals clause discussion is only about if they’d have to pay off the rest of his contract, but they might be willing to risk taking that hit if they determine that continued employment of Rose is making them look bad. And Fox Sports has parted ways with employees who wound up in negative headlines in the past, including Gary Payton and Donovan McNabb (over allegations of domestic assault and criminal DUI charges respectively).

That doesn’t necessarily mean Fox will follow suit here, though. Rose is arguably higher-profile than either of those two, especially with his role on their playoff studio show winning praise, and these are allegations from decades ago rather than recent ones. Fox did already stick with Rose through one controversy, too, ESPN’s 2015 report that he lied about not betting on baseball games his teams were involved in while he was a player and manager. But these allegations are much worse than that, and certainly have already created a lot of public blowback, as can be seen from the Phillies’ move to cancel their night honoring Rose.

The big question here is if there will still be backlash against Rose by this fall, and if Rose brings enough value to the table for Fox to overlook that backlash, or if they feel they’re better off parting ways with him and hiring another analyst with less baggage. The no comment certainly isn’t a resounding endorsement of him, but it’s also not a condemnation of him. We’ll see what they decide. In any case, it’s certainly weird that all of this was spawned from Rose suing someone else for defamation.