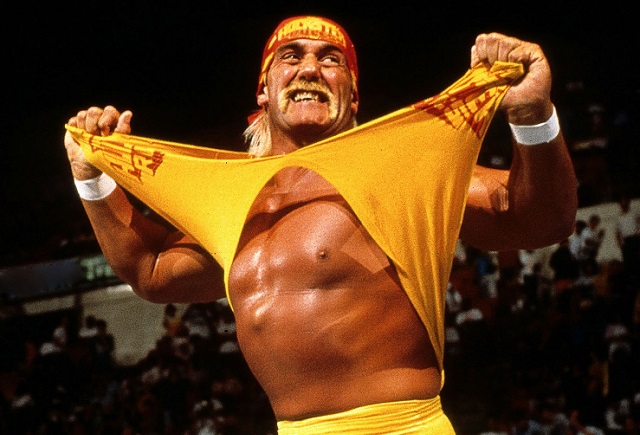 Hulk Hogan may have earned his biggest victory in or out of the ring on Friday when a St. Petersburg, Florida jury awarded him $115 million in his invasion of privacy lawsuit against Gawker Media, which published clips of a 2012 sex tape he made with the wife of one of his friends. The professional wrestling and reality TV superstar sued the company that same year, seeking damages for defamation, loss of privacy and emotional pain.

The jury, made up of four men and two women, deliberated for six hours before reaching its verdict. Gawker founder and CEO Nick Denton and A.J. Daulerio, who was the site’s editor-in-chief at the time, were both found personally liable in the case. Upon hearing the decision, Hogan (whose real name is Terry Bollea) began to cry.

Gawker and its lawyers apparently anticipated the verdict and has been preparing an appeal, believing that was the company’s best chance at winning. Denton said as much in a statement issued shortly after the jury announced its decision.

Statement from @gawker founder: on to the appeals court pic.twitter.com/VXGzeqXTP8

The key evidence Denton referred to in his statement were unsealed court records that included text messages between Hogan and Todd Alan Clem (known as shock jock Bubba the Love Sponge) — whose wife was in the sex tape with Hogan — Clem’s testimony during his deposition, what FBI investigators were told by Gawker, and a $5,000 settlement agreement between Hogan and Clem. However, Florida Circuit Judge Pamela Campbell ruled before the trial that the evidence couldn’t be used in the trial, a decision seen as working in Hogan’s favor. The sex tape in question was not shown to jurors, other than the one-minute, 41-second excerpt which Gawker published.

Obviously, some of those funds will now be used toward the appeal, which could take a few years to complete.

Denton, Daulerio and former Gawker managing editor Emma Carmichael argued during their testimony that the Hogan sex tape footage was a public matter open to journalistic coverage and not an example of gratuitous voyeurism. Hogan attorney Kenneth Turkel countered during closing arguments that this wasn’t journalism by Gawker, but “morbid and sensational prying.” In particular, he cited a 2013 Hollywood Reporter interview with Denton in which the Gawker founder said “invasion of privacy has incredibly positive effects on society.”

Having to potentially pay out $100 million was viewed as a crippling development for Gawker, which had taken steps in recent months to seek outside investors and sell a minority stake in the company. Not only were the funds necessary for Gawker’s defense in the Hogan trial, but the investment provides capital for video and e-commerce ventures as the site has shifted its focus from New York media and gossip to politics.

As reported by CNN’s Tom Kludt, the $115 million awarded to Hogan breaks down to $55 million for economic injuries and $60 million for emotional distress. Amazingly, Hogan could be getting even more from the jury, as punitive damages have yet to be decided. The jury will meet again next week to consider that argument.

“We’re coming back on Monday for the rest of it,” Hogan’s attorney David Houston told reporters outside the courtroom. Hogan was seeking $100 million in his original lawsuit.