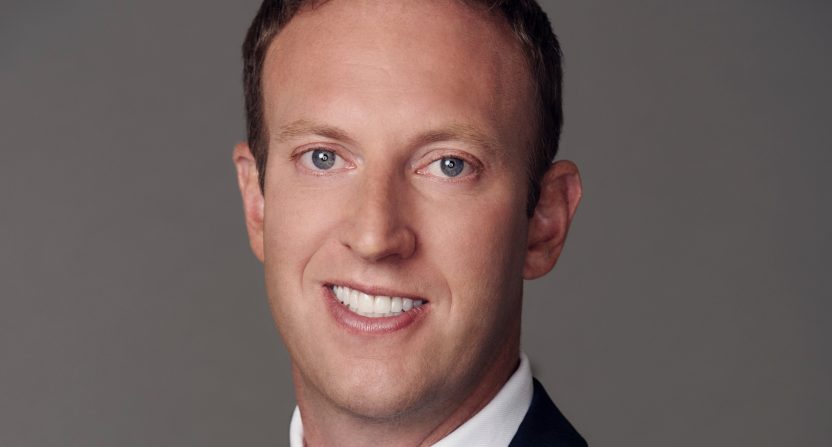 As news spread Monday that Jamie Horowitz was out at Fox, there was a fair amount of rejoicing in the world of sports media Twitter. After all, Horowitz was the figurehead of the movement to essentially eliminate writers and editorial staff in favor of talking head videos, as we reported last week.

Still, a firing is a firing, and though the initial announcement hinted at some kind of personal conduct issue, there were some people who attempted to take the high road, given they’d been through the exact same thing:

I got fired from Fox. It was beyond horrible & wrecked me. I'm not gonna pile on Horowitz . I just hope Fox brings back the people he fired.

However, within minutes, that story was changing:

Actually, I'm taking back this tweet. From what I'm hearing, it's totally OK to dance on the grave. This story is just starting, I think. https://t.co/e3IXWFMprs

And it didn’t take long for news to break that Horowitz was fired amidst a sexual harassment investigation. The Hollywood Reporter was the first to note that Horowitz had retained a litigator, which portended a legal battle over his termination. From there, the Los Angeles Times reported the initial details on the harassment case, including that the investigation began within the last week.

And now, Sports Illustrated‘s Richard Deitsch and Michael McCann reported even further, getting a comment from the aforementioned lawyer, Patricia Glaser:

Horowitz’s lawyer, prominent Los Angeles attorney Patricia Glaser, told SI.com in an email that, “The way he has been treated by Fox is appalling. At no point in his tenure was there any mention by his superiors or by human resources of any misconduct or an inability to adhere to professional conduct. Jamie was hired by Fox to do a job—a job that, until today, he has performed in an exemplary fashion. Any slanderous accusations to the contrary will be vigorously defended.”

O’Melveny & Myers is representing Fox Sports in the Horowitz matter.

O’Melveny & Myers' Petrocelli: “Horowitz’s termination was fully warranted and his lawyer’s accusations are ill-informed and misguided.”

Deitsch and McCann also spoke with a woman who worked at Fox under Horowitz; she was interviewed as part of the internal investigation that led to Horowitz’s dismissal:

One woman who has worked in production at Fox Sports told Sports Illustrated on Monday that she spoke last week with HR officials for Fox Sports for more than an hour. She recounted a story of Horowitz attempting to kiss her at an offsite location last year. “I have been working in sports for a long time, and no one has ever been that bold with me,” said the woman, who asked that her name not be used.

“I saw him at Fox one day, and he said he wanted to catch up. He said we could meet up to talk. The hook was that he could get me more work. Fox HR called me last week. They asked about what had happened. I gave some details and then called back and gave more details. To Fox’s credit they handed it quickly and really pro-active. They went out of their way to contact me.”

The rest of that SI piece is very much worth reading, as it delves further into the potential outcomes for any legally contested contract dispute, and that seems like a foregone conclusion at this point in the proceedings.

There will likely be much more to this story in the coming weeks and months, so perhaps it’s best to attempt to frame the discussion now. Certainly, Horowitz made business decisions that had an adverse effect on the lives of many employees who lost jobs. It’s natural for those people, and their supporters within the industry, to want to celebrate Horowitz’s dismissal. That can happen while retaining the appropriate point of view on the alleged harassment, which if true would certainly fall on an entirely different level of conduct.

It’s also going to have an immediate effect on a very visible segment of sports media, and that’s okay to talk about, too. Some already have:

And while keeping the proper balance and tone is important, pretending this isn’t a development with a multi-faceted fallout would be irresponsible. Too often, especially in sports, harassment claims are ignored or minimized. To not mention the allegations in this instance in favor of an approach consisting solely of industry speculation would be the wrong way to go.

There will obviously be much more to come.