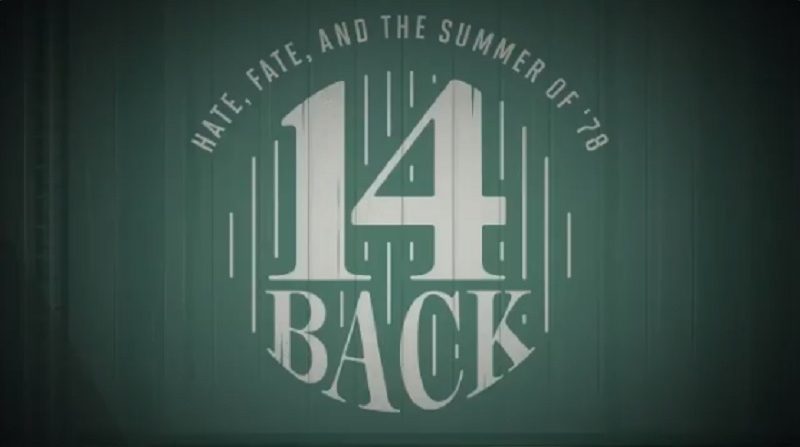 On a night when Sports Illustrated lost its best print storyteller when Lee Jenkins left to be the Los Angeles Clippers’ executive director of research and identity, the company unveiled its new foray into storytelling with the premiere of its SI TV documentary 14 Back, Hate, Fate and The Summer of ’78, a 90-minute feature detailing the New York Yankees’ comeback against the Boston Red Sox and the one-game playoff for the division title punctuated by Bucky Dent’s iconic home run.

If all of SI’s feature-length work (earlier efforts include 89 Blocks, made in partnership with Fox and LeBron James and directed by Josh Oshinsky, SI’s VP of programming and the head of SI TV, plus the Mike Tollin-directed We Town) is going to be as good as 14 Back, which was directed by Emmy-winning filmmaker Jonathan Hock, narrated by Ray Romano, and co-produced with Major League Baseball (one of two docs they’re doing in partnership with MLB), SI TV will be a worthy adversary for ESPN’s 30 for 30 in the sports documentary space.

“When we launched, we said we wanted SI TV to be the video embodiment of what the magazine has been known for, which is deep-dive journalism at the highest level in the industry,” Oshinsky told Awful Announcing. “And I don’t know if SI has been historically known for that on the video side. So for us, we see this as the logical next step.” 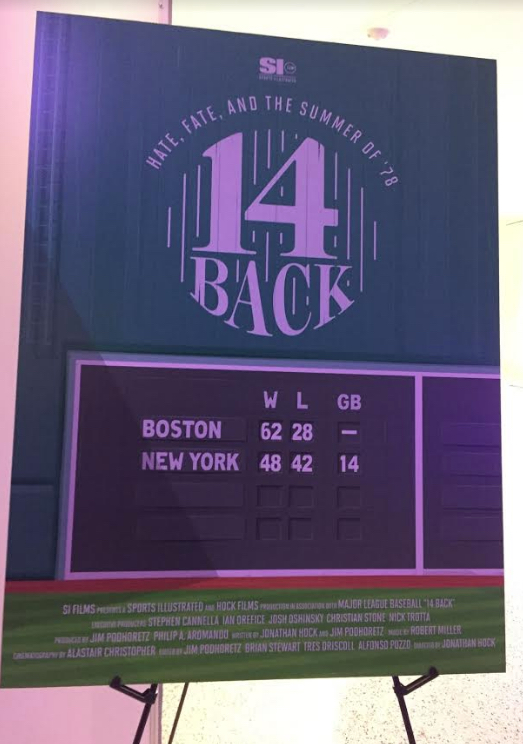 Hock and Dent were in attendance at Monday’s premiere at Meredith’s Downtown Manhattan offices in anticipation of the film’s Thursday release, along with Yankee legends Mickey Rivers and Bernie Williams. More than a dozen players from that epic one-game playoff, only the second such game in American League history at the time, participated in this illuminating and often humorous film, which includes a standout performance from Red Sox legend “Spaceman” Bill Lee.

“It’s a film that we think stands up with any of the best storytelling that’s out there in the video medium, especially in sports,” Oshinsky said.

Christian Stone, SI’s editor in chief, grew up a Red Sox fan and said that the rivalry with the Yankees in 1978 “was an obsession” to him, and 14 Back captures that and epitomizes how SI wants to tell its stories, regardless of medium.

“If you could tell a story on one platform, you should be able to tell it on another platform,” Stone told Awful Announcing.

Hock was 14 years old and living in Queens in 1978, the son of a Bronx native whose Yankee fandom was a birthright. He and producer Jim Podhoretz, who also grew up a Yankees fan, directed and produced the ESPN 30 for 30 Celtics/Lakers: Best of Enemies, and both signed on pretty quickly to put a film together about the rivalry closest to their hearts and minds.

“To me, it’s the greatest season ever, the greatest game ever played was the playoff game,” Hock told Awful Announcing. “There was nothing like it for me.”

To Hock, and so many baseball fans during that time, the Dent home run “was a flashbulb moment,” where you knew exactly where you were when it happened.

“I don’t think we’ll ever see another game played like that,” Dent, who was accompanied by Mike Torrez, the Boston pitcher who allowed the home run, told AA. “Once we found out what they were doing and it was going to be a movie-type thing, it was something we both wanted to do.”

14 Back goes through the ebbs and flows of the 1978 season, and game 163 provides details you may not have known even if you lived through it. The film will be coupled with this week’s SI print cover piece by Tom Verducci on that bizarre summer as added shoulder content to the documentary. In a panel after the screening, Verducci called the movie quintessential SI, adding that he got nervous during the game even though everyone knew the outcome.

“We want to take the stories we tell and tell them in as many different ways as possible,” Stone said.

Both Stone and Oshinsky said that SI Films plans on producing movies like this on a regular basis, and two films are currently in production, with the plan being that both those will be released in the first four months of 2019.

“I think we can do a minimum of a half-dozen high impact documentaries like this in 2019,” Stone said, “Taking what’s always been most closely identified with Sports Illustrated, where you have a great long story, but to tell them in new ways.” 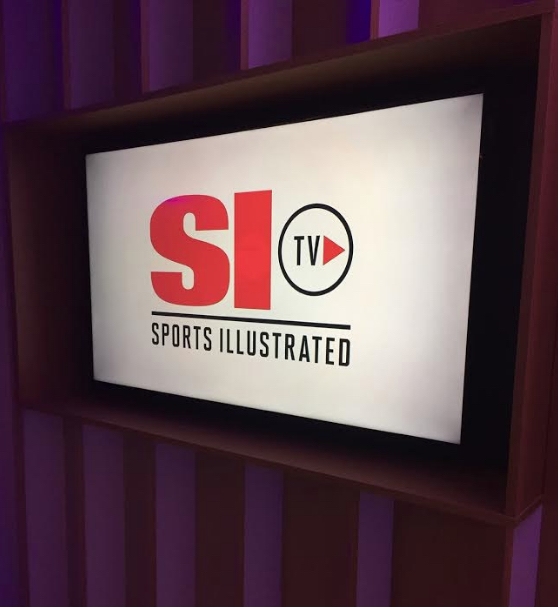 Stone said that the plan will be to take these films and “align something big that we’re doing on our other platforms,” be it in the magazine and/or online.

“This is the beginning of the evolution of the SI Films genre,” Oshinsky said. “We think that SI Films can be a signature series that’s really going to drive interest and folks to SI TV in the long term.”

If the upcoming films are anywhere near as good as 14 Back, SI TV will have a really appealing primary product to drive viewers to its OTT product.