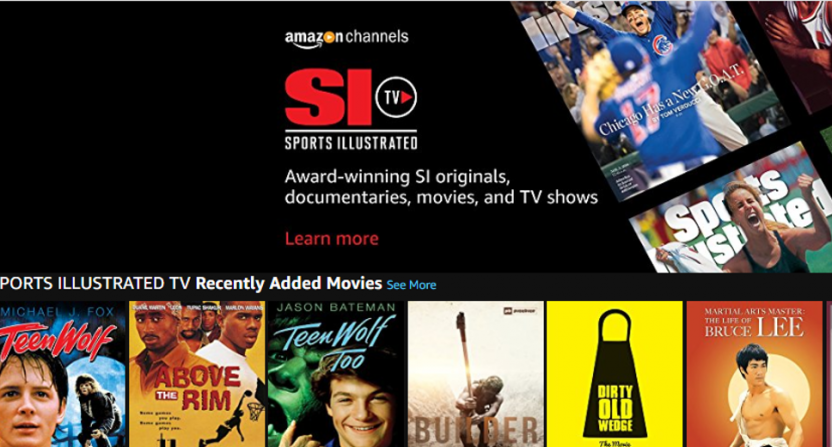 Back in January, Sports Illustrated executive producer of video and SI TV vice-president (programming) Josh Oshinsky told Awful Announcing SI TV was expanding their longform documentary plans, including a to-be-announced partnership with famed filmmaker Jonathan Hock (who won an Emmy for 2015 30 for 30 documentary Of Miracles and Men, and also directed One and Not Done, Survive and Advance and The Best That Never Was, plus produced Celtics/Lakers: Best of Enemies and Barbosa: The Man Who Made All Of Brazil Cry). Well, they’ve now announced the details of that documentary, 14 Back.

The documentary, premiering on SI TV this fall, will focus on the 1978 New York Yankees – Boston Red Sox pennant race. That race saw the Yankees overcome a 14-game lead the Red Sox held in July, eventually winning the AL East pennant in a one-game playoff thanks to Bucky Dent’s home run and going on to win the World Series. So there’s lots of story to tell in 14 Back, which will be the first of two longform documentaries SI TV is co-producing with MLB. Here’s more from SI’s release:

Sports Illustrated and Major League Baseball have announced the first of two co-produced longform documentaries. The first film from the collaboration is “14 Back,” which will be directed by 11-time Emmy Award-winning director and producer Jonathan Hock, to be debuted on Sports Illustrated TV (SI TV) this fall.

…“There was greatness in both dugouts on that autumn day at Fenway in 1978, and each team needed the other to define itself,” said Hock. “The result was as rich and juicy a sports story as two teams were ever destined to write together. To be the filmmaker to help tell that story is, for me, as good as it gets.”

The documentary will feature interviews with players, writers and celebrities on both sides of the rivalry, incredible archival footage from MLB’s unmatched library and Sports Illustrated images from that era will feature prominently in the film to transport audiences back into the tension and mood of that iconic season four decades ago.

“SI’s great competitive advantage is its ability to tell the most impactful stories. The creation of SI TV, as evidenced by the success of “WeTown,” enables us to tell the story of the most memorable season in the most bitter rivalry in sports in an even more high-impact, entertaining and illuminating way,” said Chris Stone, Editorial Director of Sports Illustrated. “This is almost like the prequel for “Celtics/Lakers: Best of Enemies,” the awesome ESPN 30 for 30 documentary which Jon wrote and produced. His insight into what fuels and sustains the most epic rivalries in sports uniquely qualifies him to own this story.”

It’s interesting to hear this compared to Best of Enemies, as there are definitely some similarities with a project so focused on a particular rivalry. But this has the advantage of a smaller scope; one of the issues with Best of Enemies was trying to cover five decades of history, difficult even with a five-hour run time. Focusing on a particular season, and a season that’s so memorable for the in-season comeback and then the drama of the playoff game (Bucky Bleeping Dent, not just a common expression but also the title of a novel by  X-Files star David Duchovny!), seems like it could have a lot of appeal, especially to Yankees’ fans. (And even Red Sox fans may be interested to look back at this.) A challenge, as with many of these team-specific documentaries, may be if this is wide enough to get fans of the sport who don’t like either team, but the story here is important enough (especially with the Yankees going on to World Series glory) and famous enough that it should pull in some.

This is another big step for SI TV, and one that further illustrates their aspirations in the documentary space. And that also makes a lot of sense; they have plenty of other offerings, including shorter studio shows, features on magazine cover subjects and more, but original documentaries can definitely be a selling point for their service, and one like this might get people to sign up. We’ll see how it’s received, and also what the second film in this SI-MLB partnership will be, but there’s certainly potential here.