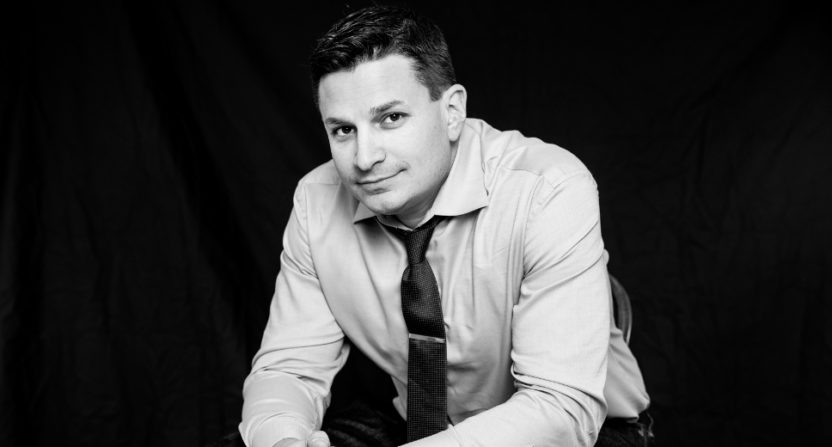 Video has been a rising part of the overall strategy for Sports Illustrated in recent years, particularly with November’s launch of subscription streaming service Sports Illustrated TV on Amazon Channels. Josh Oshinsky has been a big part of that strategy since joining SI parent Time Inc. in 2016, expanding SI’s video offerings with long-form documentaries, platform-specific social videos and live event productions, and he’s now taking on an even larger role.

Time Inc. announced Thursday that Oshinsky, most recently supervising producer for the Sports Illustrated Group, has been promoted to executive producer of sports video for SI, SI Swimsuit and SI Kids and vice president of programming for SI TV. He’ll still report to Time Inc. head of programming Ian Orefice and SI Group editor-in-chief Chris Stone, but will take on an even larger role in running SI’s video content and programming SI TV. Oshinsky spoke to Awful Announcing about the promotion recently, and said the most notable change is his increased involvement with SI TV’s programming strategies.

“The big thing for me is that with the launch of SI TV, I’ll now be serving as the VP of programming for that network,” he said. “Overseeing the strategy for the content on SI TV, that’s certainly a new step for me in terms of my career, in terms of my role here at Sports Illustrated and at Time Inc. overall.”

He said SI TV is going to be a crucial part of Sports Illustrated‘s future.

“We think launching SI TV, launching our own dedicated sports channel, is really an important next step. Folks like Chris Stone, the editor-in-chief of the brand, have called it potentially the most important and significant decision that the brand has made, honestly, since it was launched. So this is a really big step for us in terms of taking our style of journalism and our style of storytelling and bringing it to the people in the appropriate way.”

So how does SI TV plan to stand out in a crowded content marketplace? Oshinsky said their focus is on providing everything sports fans want away from live games.

“SI TV really is a type of content aggregator that doesn’t exist anywhere else in the industry,” he said. “What we need to be is a one-stop shop for sports fans away from the games. We’re the storytelling one-stop shop. If you’re in the mood for sports video, you come to SI TV and we scratch that itch.”

The original content is a key focus, as Oshinsky said he thinks that’s what will convince subscribers to stick around for the long term.

“Moving forward, what we need to do to stay competitive in that space, to remain relevant in that space, is to produce high-impact original productions as well,” he said. “The acquisition strategy, we believe in that, we think that’s what gets you in the door, but we think what keeps you coming back and wanting to stay is a frequently-updated ton of high-end original programming, be it studio shows with Grant Wahl and Peter King and our trusted names that we have associated with the brand or with documentaries.”

Those documentaries are going to be a large part of the picture, and SI will be working with some big names on those. They’ve already announced We Town, a look at a dominant high school basketball team’s potential NBA stars and their relationships with each other and the coach, which will be a collaboration with Mike Tollin (a producer on films such as Varsity Blues and Coach Carter plus numerous 30 for 30 installments for ESPN, and the director of Radio and the 30 for 30 film Who Killed The USFL?) and Gary Cohen (a producer on several Vice Sports films, plus Catching Hell and the 30 for 30 film Believeland), and they have others coming up, including a production partnership with Jonathan Hock (director of Through The Fire and 30 for 30‘s The Best That Never Was, Survive and Advance, Of Miracles and Men and One And Not Done). Oshinsky said they believe those documentaries can compete with the best in the space, including 30 for 30.

“We’re doing a documentary that we just announced with Mike Tollin and Triple Threat TV called We Town ,” he said. “We think that’s going to be a great piece of content. We have another doc we’re going to be premiering later this year, we’ll reveal more details on a little bit later, but Jonathan Hock is going to be a production partner. We really think that we can do docs, and 89 Blocks is a good example of it, we can do docs that compete with the best in the sports industry. And that’s really who we need to be, honestly. We need to be that legitimate 30 for 30 alternative, where folks can come to SI and associate SI with that level of high-impact, high-end storytelling that maybe they see from some other brands. It’s what SI on the print side has been known for for many, many years. We’re now taking that to the video side.”

Speaking of 89 Blocks, that’s an interesting documentary they’ve already done in partnership with Fox Sports and LeBron James/Maverick Carter’s Uninterrupted production company, focusing on the East St. Louis (Ill.) High Football team during their championship 2016 season amidst a backdrop of crime and poverty. Oshinsky directed it, and said he was thrilled with how it came out.

“We were in particular very, very proud of that film, I certainly was as the director of that film. I was incredibly proud of the final product. And it debuted to a large audience, over 1.5 million on Fox. We just think the content is a really good example of what we can do at Sports Illustrated. …It just speaks to the quality of talent that we have here at Sports Illustrated on the video side, and the types of stories, important stories we want to be telling.”

And SI has taken some steps into other documentaries as well. Another notable one from this year was Capturing Everest, the first 360 VR look at a climb of Everest and part of SI’s multiplatform storytelling there.

“One of my favorite projects of 2017, and certainly one of the things I’m most proud of, is Capturing Everest, the entirely VR 360 experience that we produced in concert with Endemol Shine Beyond Productions,” Oshinsky said. “It was really fascinating for us to take the storytelling ability that SI’s been known for for 60 years now and take it into an immersive medium like VR and 360. And we think it speaks to the potential for content like that we can do in the future.”

But it’s not just about the big documentaries for Oshinsky and SI. He said another step forward for them this year was broadcasting the Sportsperson of the Year awards on NBCSN.

“We just broadcast our Sportsperson of the Year event for the first time on cable television, and that was with NBC Sports. That event is a really special event and speaks to the power and the ubiquity of Sports Illustrated to make news, to be a newsmaking source. We just haven’t converted that into the video space in this manner before. So this was a really big step for us, to get this onto TV, to get this to a wider audience in new ways. …We just got to produce a TV show [that featured presenters like] Beyonce and Trevor Noah. This is an exciting time to be doing video here at Sports Illustrated.”

“We’ve been trying to grow video here on a couple different fronts. There’s certainly digital video growth, and we’ve seen that specifically through the growth of our social video. Our social video numbers spiked traffic dramatically in 2017 year-over-year, Twitter, Instagram and Facebook, all up hundreds of per cent from 2016 to 2017. We just think that we’re finding ways to have our video resonate with audiences in a different way, in a more engaged way, because we’re going and producing content that audiences are looking for today, maybe more so than we’ve done in the past. And it’s working.”

He said their changes on the social video front have produced major results.

“We’ve grown over 2000 per cent on Twitter year-over-year, and over 2000 per cent on Instagram. …I think the industry in general is seeing video growth, but we’re seeing video growth on a very large scale, thousands of per cent. Even on Facebook and YouTube, we’ve doubled our video views from 2016 to 2017, and on the site as well. I think all of that really speaks to the overall digital strategy, which is a real shift for us in terms of bringing content to folks in a slightly different way than we’ve done in the past. And what that really means is that we want to produce at scale premium content, which SI Media has been known for in the past, on the high end, and then, on the low end, scalable content that people want to engage with, actually going to the audience with content.”

“Twitter is the ultimate second-screen sports experience, and when you’re watching sports on Twitter, you now see SI as an active and engaged part of the conversation, both on the video side and just in general on social. You’re seeing video content that’s a little bit different from what you might have seen in the past. You’re seeing stuff that makes you want to laugh, stuff that you want to share. We’re seeing new types of engagement with our audience from those social handles. We really think that’s sort of unique, and it gets us out of the  sort of middle ground we were living in a couple of years earlier and gets us on this high-low strategy path that we’ve seen tremendous revenues from.”

There are plenty of challenges in doing sports video in the crowded 2018 landscape, but Oshinsky said there are also big opportunities, and he’s excited to pursue those in this new role.

“For me, it’s been a pleasure to work with a brand like Sports Illustrated, the most trusted name in sports journalism. It’s an exciting time to tell stories in the sports sphere. We’re growing at rates that I don’t think we’d seen before on the SI side, and it’s really been a thrilling opportunity to guide the video unit to new places.”