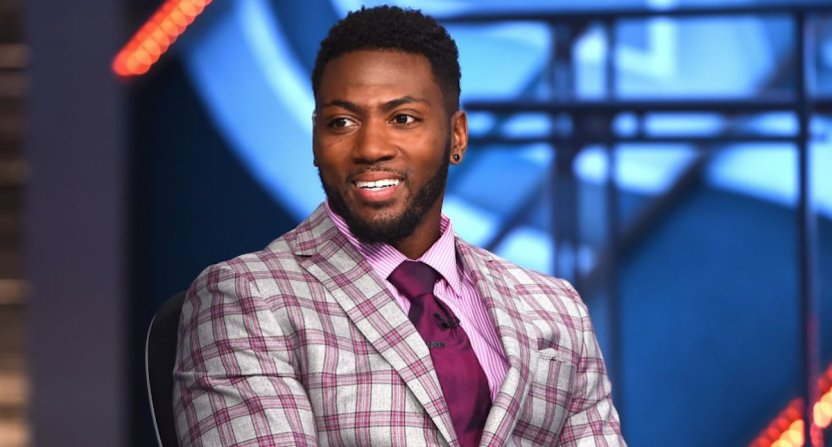 Ryan Clark is a rising star at ESPN, regularly appearing on NFL Live, Get Up, First Take, and SportsCenter with Scott Van Pelt after Monday Night Football to provide analysis and commentary.

Now in his sixth year with the network (eight if you go back to his tryout/internship while he was still playing with the Pittsburgh Steelers), Clark consistently one of the most entertaining and engaging personalities on the network. He’s someone who truly says what he thinks and isn’t afraid to be provocative, yet not for the sake of a hot take that gets clicks.

Yet Clark isn’t someone who got a broadcasting job based solely on his name recognition or interactions with the media while he was an active player. He’s worked at his craft and moved his way up, which The Athletic’s Richard Deitsch wanted to talk about on his Sports Media podcast.

Maybe the biggest struggle early on for Clark was to study enough film and work on his technique enough so that no one would doubt that he belonged on the air. Yet that suppressed the personality that makes Clark so compelling on TV.

“When I initially started I was like, I’m just going to show people that I’m smart as hell,” Clark told Deitsch. “So I studied and studied and did all of those things. But it took so much of my personality from it. I had to learn how to be able to do all of that studying and still be Ryan Clark.”

But Clark also made it clear that he has larger ambitions in the profession and should get those opportunities based on the quality of his work. For example, he fought for a larger role on NFL Live when negotiating a new deal with ESPN because, in his view, “I’m one of the best doing my job at ESPN.” (Clark was also talking to Fox Sports about a possible move.)

ESPN’s Ryan Clark eventually wants to be on a Sunday NFL show. “I’m one of the best doing my job at ESPN.” pic.twitter.com/cWAlRYyzrH

“When my contract negotiations came up, [NFL Live] was part of my contract,” Clark explained. “I was like, I gotta have another day on NFL Live. Because you are signifying to the world, you think these people are really good at their job as it pertains to your company. If I’m not a part of that, that’s a lie to the people. If you don’t believe I’m good enough to be on it, then I can’t be here.”

Clark eventually wants to be on one of the Sunday NFL shows, the highest-profile position among football TV analysts. Will that be Sunday NFL Countdown or Monday NFL Countdown at ESPN or could that be at another network? If that’s not available, his other hope is to have a show built around him.

The entire conversation between Deitsch and Clark is worth listening to. The two discuss Clark nearly moving to Fox Sports in greater detail and why he stayed at ESPN. Other topics include Urban Meyer’s failure in the NFL, his podcasts (Face First with Ryan Clark and DC & RC with former UFC fighter Daniel Cormier), creating his own content, and ambitions beyond broadcasting.