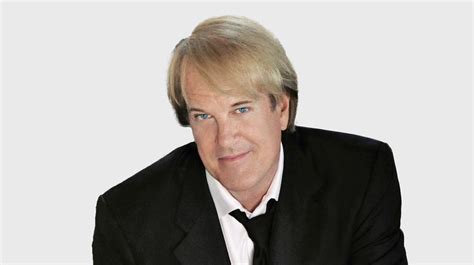 To many people, including me, the name Roundball Rock has a special significance to our sports filled childhoods. If you’re not sure what Roundball Rock is, have a listen and you’ll immediately recognize the music.

Just listening to this theme for a few seconds brings back those 90s NBA memories of MJ and the Bulls dominating the league, but also memories of a young Kobe and A.I. entering the NBA as well as the birth of the Spurs dynasty.

John Tesh orchestrated this piece, which is arguably the most well-known sports theme in American sports. At the time, Tesh was co-host of Entertainment Tonight and host of various sports events like the Tour de France and the Olympics. In fact, it was when he was covering the Tour de France in France that he came up with the idea for the theme and recorded it on his answering machine so he wouldn’t forget. He submitted the theme to NBC and the rest is history.

In an interview with For The Win’s Charles Curtis, Tesh said that ABC and ESPN had the opportunity to use Roundball Rock when they took over NBA rights from NBC in 2002. Tesh owned the publishing rights to the song and not NBC so he went to ABC/ESPN but they turned him down.

“ABC, when they got (the NBA), we went to them and said, “If you want to use the theme, I own the publishing.””

“They said, “We’re looking for a different sound.””

“I didn’t want to beg or anything, I said, “I know Elton John and Billy Joel and Eric Clapton, I can get them all to play on the song, they love it.””

Now an established adult contemporary musician, Tesh plays Roundball Rock to close out his concerts and tells the story behind the theme along with a compilation of many others who have remixed the theme. With all the money Tesh earned for his theme, he jokes (though it’s probably true) that it put his kids through college. In a 2002 interview with ESPN’s Darren Rovell, where at the time Tesh was in discussions with ABC/ESPN about using the song, Tesh revealed that he earned royalties “in the six figures” each year NBC used his song.

Roundball Rock has rarely been played since NBC had the NBA. NBC sometimes uses the theme during basketball games at the Summer Olympics and it was used once during Sunday Night Football where it was played going into commercial to coincide with Devonta Freeman’s jump shot TD celebration last year. Tesh told FTW that while NBC doesn’t own the rights to the song, they just needed to pay royalties which he said “It’s like $30 or something like that, you just pay the royalties as long as it’s not the theme song.”

And then there was the Saturday Night Live sketch, which depicted John with his “brother” Dave meeting with NBC execs to pitch the theme with lyrics.

“What really blew me away was Saturday Night Live when they have John Tesh and Dave Tesh – I don’t have a brother. When we play it on stage and they sing “Ba-ba-ba-ba-ba-basketball” and then “Give me the ball cause I’m gonna dunk it,” that moment, we join it and play it live.”

“The funniest thing for us, the band, is Vince Vaughn has no idea who I am. They’re showing him the card with my name on it – you can see him reading it, we’ve seen it a thousand times – he says, “You guys know Tess!” We think that’s hilarious.”

It’s nice to see Tesh have a sense of humor and a great perspective at how Roundball Rock evolved into what it is today. No one would have predicted what kind of impact Roundball Rock would have and while it would have been great that ABC/ESPN would have used the song, maybe not using it helped preserve a piece of the past and for many of us, our childhood memories.