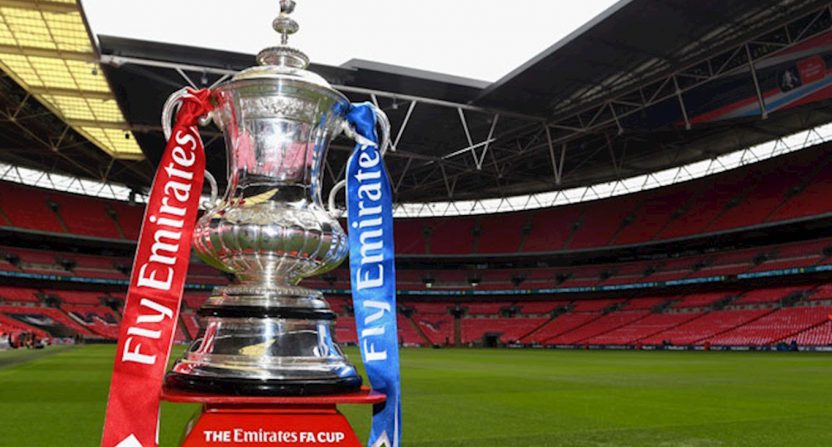 With modern technology giving us access to just about anything all over the world, The FA kept things old school. Imagine if any one of the “Big Four” sports in the United States just decided to not produce and televise some of their games. That’s what The FA did for years during the FA Cup, the tournament that is open for any team in England to participate in, from the pub league amateur side to the top professional teams in the country.

According to World Soccer Talk, that all changes this year. This year begins a new TV contract, and there is more of a focus on appeasing international broadcasters. As a result, every third round game will be produced for live TV, and ESPN+ (the new carrier of the FA Cup in the US, replacing long-time rightsholder Fox) will carry all 32 games for streaming for the first time ever.

Historically in the third round, when Premier League teams entered the tournament, The FA would only produce about 10 of 32 games for live broadcast and the rest wouldn’t be televised, not even in a pay-per-view way like NFL Sunday Ticket. If your team wasn’t selected for TV, your only options would be to listen on radio or go to the game if it’s not televised, and that was the case for everyone around the world.

This is still done in the Premier League, but international viewers can watch every game. While we in the United States are able to watch all of the 10 AM EST matches (at least through a streaming service like NBC Sports Gold), those games aren’t televised live in England. That is the time when lower league teams play all over the country and those lower league teams rely more on ticket revenue than Premier League teams, who bring in hundreds of millions in TV money every year. So at that time, Premier League games are blacked out across the country so fans can head out to the stadium to watch and support their local teams and not watch soccer on TV.

A lack of content was a major complaint U.S. based fans had for Fox when they had FA Cup rights. But while it would be fashionable to bash Fox for that (as has been the custom with Fox’s soccer coverage over the years), the decision was largely out of Fox’s hands. You can’t broadcast games that aren’t produced for live TV and you’re at the mercy of The FA and English broadcasters, as Fox executive producer Jonty Whitehead explained in a 2016 interview with Awful Announcing.

“The trouble with the third round is that it’s such a massive amount of games,” said Jonty Whitehead, Executive Producer of Fox Sports’ soccer coverage. “It’s unrealistic to expect every one of those games to be covered in the standard that the broadcasters in the UK cover their main live games. But it’s certainly a request we’ve made – to make three or four camera coverage available on a live basis so that we can do some sort of wraparound show to go live to games. That unfortunately isn’t available because of the huge cost to have to cover that.”

It took until 2018, but it seems like The FA has finally caught up to changing times. They may have gone away from tradition, but at least international fans won’t be complaining when they couldn’t watch the game they wanted to see.