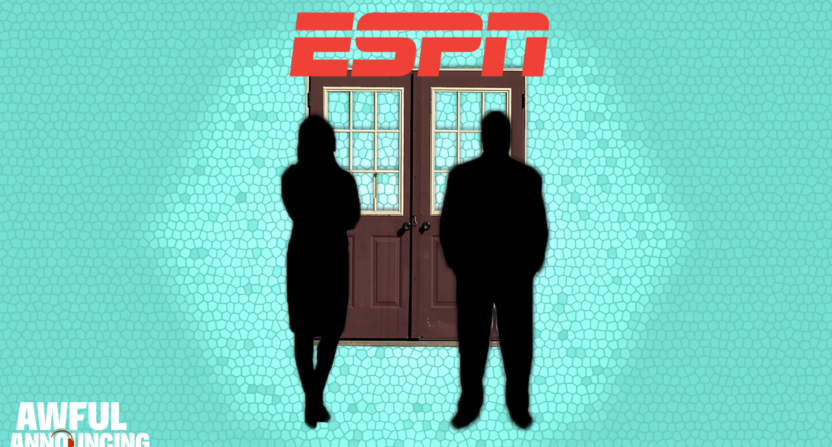 Earlier this month, Dan Patrick confirmed that he had spoken with former ESPN president John Skipper about a return to the network that made him famous two decades ago. And although a homecoming for Patrick reportedly remains unlikely, the mere thought of the former SportsCenter anchor reclaiming his former chair was enough to pique the interest of anyone who watched ESPN in the 1990s.

Would Patrick, who has found great success with NBC and AT&T SportsNet, really consider a return to ESPN? And would the network welcome him back? Well, a quick glance back through ESPN history would suggest that the answer to both questions is, in all likelihood, a resounding yes.

If Patrick were to rejoin ESPN when his contract expires this month, he would join a long list of high-profile personalities who departed Bristol only to return years later, from Suzy Kolber and Jim Rome back in the mid-1990s to Rachel Nichols and Stephen A. Smith more recently.

It’s hard to remember now but only two and a half years ago, Nichols was a cautionary tale of how difficult it can be to establish an audience in sports after leaving ESPN. Nichols had spent nine years as a reporter for the Worldwide Leader before joining CNN and Turner Sports in 2013 when CNN offered her a studio show all her own. But the resulting Unguarded drew meager ratings on a network with little built-in sports audience and was canceled in October 2014 after only four months on air. 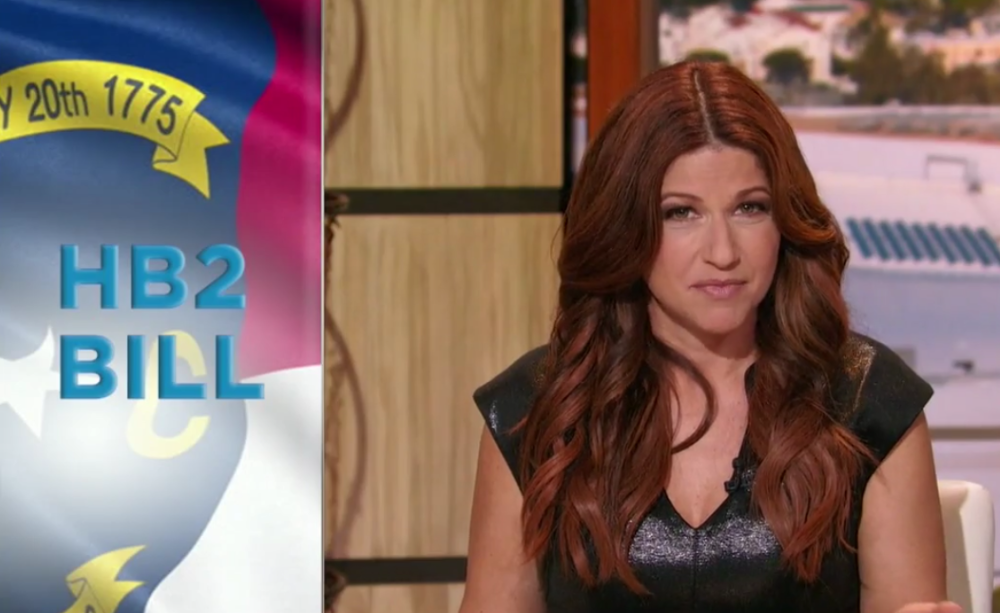 Just over a year later, Nichols was back at ESPN, with appearances across the network’s platforms and plans for a new show, which would become The Jump. Nichols acknowledged at the time that ESPN offered her opportunities CNN and Turner couldn’t.

Michelle Beadle followed a similar path as Nichols, establishing herself at ESPN before leaving for NBC in 2012. Like Nichols, Beadle got her own show, The Crossover on NBCSN, and like Nichols, she lost that show within a year.

When Beadle announced her return to ESPN in January 2014, she shared what her experience away from Bristol had been like. She described “clashing” with NBC executives over her role and her Crossover partner Dave Briggs, and testified to how invisible other outlets can feel in an ESPN-dominated world.

“It’s very humbling when you go away and people don’t even realize you’ve been on television for the last two years,” she said. “It’s like, ‘Yeah, I was still on TV.’”

Back with ESPN, Beadle is now preparing to host the network’s new morning show, alongside Mike Greenberg and Jalen Rose.

The pattern of big names leaving ESPN only to hurry back later has been evident for quite some time. Rome hosted a show on ESPN2 for several years in the 1990s (Remember the infamous Jim Everett incident?), then departed for Fox Sports Net in 1997, only to return in 2003 on Jim Rome is Burning. Similarly, Kolber worked for ESPN2 upon the channel’s launch before decamping for Fox Sports in 1996. She re-upped in Bristol three years later and has been there ever since, while Rome left again in 2012 and now works for CBS Sports.

A little later on, Jason Whitlock pulled the same maneuver, departing his role as an ESPN Page 2 columnist in 2006 and jumping to AOL and then Fox Sports before arranging an ESPN homecoming in 2013. He has since, of course, rejoined Fox and become a noted ESPN antagonist. Not all reunions are happy ones, it turns out.

Most ESPN homecomings, however, seem to work out much more smoothly than Whitlock’s did. For evidence, simply turn on First Take each weekday morning. There, you’ll find a pair of commentators who both left ESPN years ago and ultimately returned to raise their respective profiles higher than ever.

Max Kellerman debuted on ESPN in the late 1990s as a boxing analyst and soon worked his way into the network’s everyday lineup as host of the brand-new Around the Horn. He jumped ship in 2004 to host a show called I, Max on Fox Sports Net. After that was canceled, he wandered between various gigs (including at multiple ESPN Radio affiliates) until he wound up back on ESPN in 2013. He quickly settled in as host of SportsNation and was soon promoted to First Take.

On First Take, Kellerman joined another ESPN returnee, Stephen A. Smith. As Awful Announcing’s Matt Yoder has pointed out, Kellerman and Smith have led eerily similar careers. In his first tour of duty, Smith served various roles on ESPN, from anchor to reporter to talk-show host, before departing in 2009 for a gig with Fox Sports Radio. By 2011, he was back on ESPN airwaves, and in 2012 he was assigned to First Take, where he has used bold opinions and a big personality to turn himself into one of the faces of ESPN.

And then, of course, there’s Patrick’s former SportsCenter partner, Keith Olbermann, who has returned to ESPN not once but twice. After emerging as one of ESPN’s biggest stars in the mid-90s, Olbermann left in 1997 and spent the next 15 years talking some sports and a lot of politics for a host of networks. During that period, he bounced from MSNBC to Fox Sports Net back to MSNBC to Current TV, with work for ABC Radio, NBC and TBS tossed in.

If anyone was unlikely to return to ESPN it was Olbermann, a famously impetuous talent known for burning bridges. In Jim Miller and Tom Shales’ 2011 ESPN oral history “These Guys Have All the Fun,” ESPN executives minced no words on Olbermann.

“I was enraged by Olbermann,” then-ESPN chairman Herb Granath said in the book. “Guys like that just piss me off, you know, because there’s no loyalty. It’s just me, me, me. There was no choice but to get rid of him.” 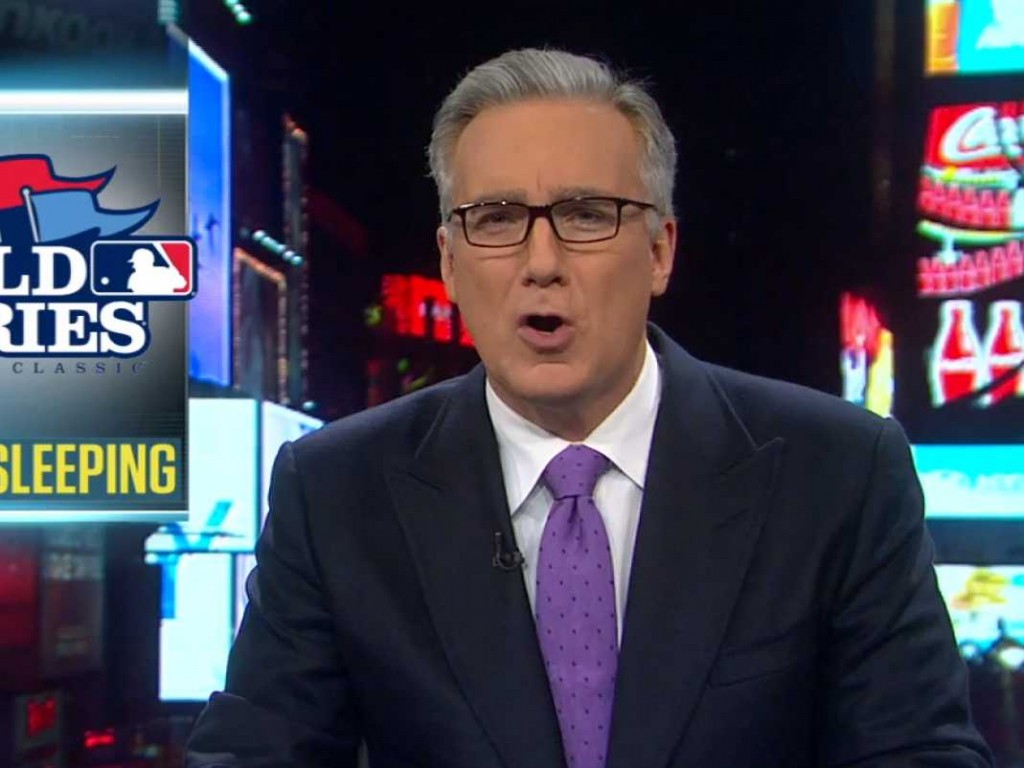 And yet come 2013, the seemingly impossible happened: Olbermann and ESPN reunited, with the legendary anchor getting his own commentary show. That arrangement lasted two years before the sides split again, apparently for good. But even following two breakups, ESPN and Olbermann weren’t done with each other. Olbermann is now back on the network, voicing periodic video essays.

The frequency of such high-profile reunions between ESPN and its departed personalities can be explained by two dynamics, which work in concert with each other:

And so although the idea of Patrick (or Cowherd or Skip Bayless) returning to ESPN might sound far-fetched at the moment, history says we shouldn’t rule it out. In fact, maybe we should expect it.