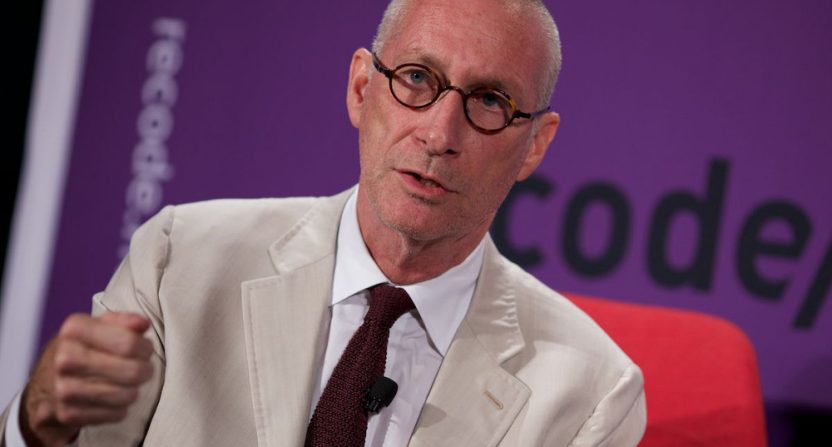 A key component in the discussion of ESPN’s recent issues has been rising rights fees, especially for the NFL and the NBA. The NBA deal, signed in 2014, is perhaps particularly interesting; ESPN signed it two years before the expiration of the contract and agreed to pay $1.4 billion per year (Turner is paying $1.2 billion as well), almost three times what they had been paying under the previous deal. At Sports Business Journal, John Ourand has a deep dive into ESPN’s current issues, and what he includes about those NBA negotiations and about ESPN parent Disney’s involvement in the rise of cord-cutting stands out. First, on the NBA negotiations, several key executives were against signing the deal when they did:

In the spring of 2014, ESPN’s top executives sat in a conference room on the Bristol campus and agonized over a key financial decision.

…The network’s top money people — Sean Bratches, who ran sales and marketing, and CFO Christine Driessen — did not like the proposed deal. Along with CTO Chuck Pagano, they wanted to keep the NBA, but warned about cracks that were appearing in ESPN’s subscriber base, which was more than 96 million homes at the time. That subscriber uncertainty made such a huge cost increase needlessly risky, they argued.

Just wait, they said. After all, ESPN still had two years left on its NBA deal. See how the market looks then before making such a big decision.

ESPN President John Skipper, who sat across the table, disagreed. Supported by programming head John Wildhack, digital head John Kosner, and Executive Vice President Marie Donoghue, Skipper warned that NBC and Fox were waiting in the wings to steal ESPN’s NBA package. The price may seem high, but sports rights are worth whatever somebody is willing to pay for them. And he was convinced that both networks would pay as much as ESPN, if not more, if given the chance.

What’s also notable there is that Skipper (seen above) and his “build a deeper moat” (grab the content ESPN particularly wanted and keep it away from competitors) philosophy were supported by Disney CEO Bob Iger. So this was not ESPN doing things against Disney’s wishes. And later in the article, Ourand quotes distribution executives who blame Disney (and subsidiary ABC) more than ESPN for accelerating the rise of cord-cutting:

Distribution executives place much of the blame for ESPN’s subscriber loss on Disney, rather than ESPN. Distributors’ complaints go back to a 2010 deal Disney made to allow Apple’s iTunes to sell individual ABC shows to consumers for 99 cents. ABC was the first big broadcaster to license its content in such a way. Iger joined the Apple board the following year.

…[Distributors] pointed out that even though ESPN was one of the most popular cable channels, most subscribers did not watch it regularly. Non-sports fans who wanted to watch ABC’s entertainment programming would have more of an incentive to ditch their pay-TV subscription. Add in Disney’s 2012 streaming deal with Netflix and its 30 percent ownership in Hulu as factors that hastened the cord-cutting trend, and distribution executives complained that it seemed to them like Disney was encouraging cord cutting.

“It was akin to pouring kerosene on a cord-cutting fire,” one distribution executive said. “Everybody could see where the industry was headed. But if Disney took longer, would it have been a 20-year process instead of 10? It’s hard to know.”

It’s worth noting that all of this is with the benefit of hindsight, and we don’t know how the alternatives would have played out. Did ESPN spend too much on the NBA, and strike that deal too soon? Possibly. But we don’t know exactly what NBC and/or Fox were willing to bid, and it’s quite possible that it could have been close to what ESPN eventually paid. And how badly would ESPN be struggling if they had lost out on the NBA, which remains one of their programming centerpieces for both live games and studio shows? Ourand’s piece also makes the excellent point that the NBA deal, and moving quickly on it, came in the wake of losing a couple of properties ESPN/ABC did want; Sunday Night Football (which went to NBC in 2005 ahead of the 2006 season) and the World Cup (which went to Fox in 2011 ahead of the 2018 tournament).

The distributors’ points are also worth examining through a different lens. Yes, ABC was the first big broadcaster to embrace iTunes sales, but there were benefits to that (boosting their programming brand and finding a new source of revenue) as well as challenges. And if they hadn’t jumped first, might someone else have? Moreover, Ourand also notes that while ESPN struck deals for higher subscriber fees but lower mandated carriage, those deals have worked out pretty well for them thanks to the incredible amount they’re making from subscriber fees (even with less subscribers). So, none of this is definitive proof that “things would have gone differently for ESPN with a few alternate decisions.”

What is perhaps even more interesting is Ourand’s reporting of the substantial opposition to some of these moves inside ESPN at the time, though. That extends to both the money people who opposed signing the NBA deal early, and to the numerous top ESPN executives Ourand reports as being “frustrated” thanks to their “little input on those Disney deals.” That’s further evidence against the “ESPN never saw this coming” argument some like to throw out. This piece suggests plenty did see perils looming, but the eventual decisions were that the tradeoffs of things like the NBA deal were worth it.

Were they right? We don’t really know. Maybe there’s an alternate universe somewhere where Fox Sports 1 has NBA rights and ESPN isn’t shelling out $1.4 billion a year to the league. But is ESPN actually better off in that universe? Not necessarily. Ourand’s piece is a fascinating deep dive into how ESPN got to this point and what’s potentially ahead for the company, though, and it’s definitely worth a read. It explains a lot of what ESPN executives were thinking, even if we don’t know if they were right or wrong yet.