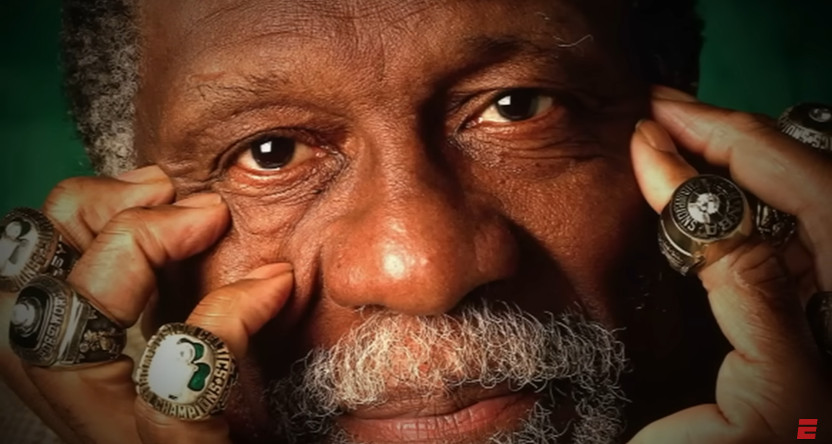 The sports world has seen a remarkable number of high-profile people passing lately, from Vin Scully to Bill Russell to Hank Goldberg. In each of those cases, ESPN had an impressive video tribute run on their main linear channel very quickly, within the next half hour. Many print media outlets do a lot of work prepping obituaries of older notable figures, but it’s interesting to see that in the TV realm, and this particular run of passings drew particular attention to how ESPN has been approaching this for some time.

ESPN vice-president (news) David Kraft spoke to Awful Announcing on this this week. Kraft had plenty of notable things to say about ESPN’s goals of being “thoughtful, respectful, and contextual,” and how those are easier to achieve with some advance preparation. Before we get to that, though, let’s illustrate what we’re talking about. The Scully tribute can be found here, and the ones to Russell and Goldberg can be seen below:

Kraft said the goal of pre-recording these packages is to make it so ESPN is properly covering these passings when they happen.

He said pre-recording is important so the network has top-tier coverage shortly after a notable passing, regardless of when that may be and who might be available right then.

“Being a 24/7 news operation, you never know when these are going to happen. We want the right people voicing them, we want the right people writing them, we want people who have knowledge of them or a tie to them, and they’re not always available. And that’s why everybody from The New York Times to anybody else has a bank of obits ready. And we update them as things change.”

Kraft said ESPN’s pre-recorded video tributes are a little different than what we see in print media pre-written obits thanks to the nature of the mediums. ESPN does the pre-written ones as well for their website, but that’s only part of their package, with their pre-recorded videos being a notable change from many print-focused outlets.

“Lots of other places do the same, if I look across the landscape. We’re just a little different because we have so many different platforms and outlets for it. We just have to prepare a little more broadly than some other places. But we believe in the power of good journalism.”

And Kraft said that each pre-written piece and pre-recorded video is regularly reevaluated to see if it needs updating or re-recording, and they’re also checked again before they air or run.

“Digitally, online, we have a couple of hundred of shells of stories. Much of that is just background on people. Because the obituary tends to be ‘This is what happened today, this is what people are saying about them today,’ but we have background on people. It’s a fairly standard journalism process. We just happen to do it for video as well as print.”

“…The goal is that our audience, no matter the platform, but certainly on television in this case, has an appropriate remembrance of an important sports figure that is complete and contextual. And it’s easier to prepare some of that in advance. But with that said, when someone dies, we go back and look at these, and sometimes add to them.”

On the people voicing these tributes, those particular three come from veteran ESPN correspondent Jeremy Schaap. Kraft said Schaap has been an excellent voice for many of these, and his regular work with the features group involved in producing these makes him a logical choice, but they do have other people voicing tributes for figures or sports they’re tied to.

“With Vin Scully, it made sense for that to be Jeremy Schaap. Jeremy does a lot of them. He works for the features group, he’s part of our general process. And Jeremy has some gravitas to tell good stories, so we like Jeremy’s voice. But if it’s a college story, we might have one of our college talents do it, if it’s a NFL story, we might have somebody from the NFL.”

“With Scully, he was 94, and he was a huge figure. I’m a little biased because I’m from Los Angeles and grew up with Vin Scully. We wanted to be able to tell a story.  And Jeremy had done a piece on his retirement for E:60, Jeremy knew him, Jeremy sat with him. That was the right person to do that piece.”

Kraft said the selection of who voices a tribute video is crucially important.

“We try to take care in both how it’s written and who voices it. We want the audience to be comfortable with the story we’re telling and familiar with the voice on it. So we do take some time to make sure it’s the right voice. And we’re fortunate here at ESPN that we have a lot of voices who can do some of these. We rely on our people to write them, and many of them are written by the people who voice them.”

In print media, we quite often see obituaries run that were written by people who are no longer with the media outlet. Kraft said that hasn’t been a particular issue for ESPN on the video side so far, with the natural process of updating and sometimes re-recording these meaning that they don’t tend to run anything narrated by someone no longer with the company. But he said that could happen under select circumstances, as getting the right voice for the right story is the top consideration for them.

“Generally what has happened is we’ll re-record them. But we tend to re-record them when there’s a change in the story or when the story’s evolved. We’ve had some done by any number of people who have retired or moved on to other places. So we’ll update the obituary, and at that point, we’ll update the voice on it. It’s hard to say; we generally want current voices to be on our obituaries, I don’t think that’s any different than any other place, but I’m not going to say we’d never have an older voice on one. We ultimately want the right voice on the right story.”

Kraft said ESPN has done a couple of hundred of these tribute videos to date, and they see them as an important central building block that the on-air staffs on their various shows can use to then build further reactions and tributes around.

“I was talking to some people that have been here for a while, and I think we’ve done a couple of hundred of them over the years. It’s a cooperative effort just to make sure that if someone is gone at the same time SportsCenter is on, or Get Up is on, or This Just In, or First Take, that we have an appropriate tribute and appropriate life story to the person. And then often our shows react; you bring in guests who knew the people, you tell their stories. In the case of Vin Scully, we were fortunate that night that Tim Kurkjian was in the studio and Tim could tell his stories of Vin Scully. But it’s nice to have that centerpiece remembrance of someone, and our news staffs can react from there.”

He said there’s a regular monthly meeting to discuss the list of pre-recorded tributes, what might need updating, and who else they might need to add a tribute for.

“We have a monthly meeting of people. Denny Wolfe, Tom Engle, Marc Franklin, those three guys are really key. They’re from our features group, our studio production group, and they take great pride in this. But we have a monthly meeting with people from digital, people from our stats and information group, people from Andscape, and two or three others from our storytelling group that sit down and go over ‘Do we have to update somebody? Is there something that happened in their lives? Have we heard something about them either publicly or on background?'”

Kraft said a key consideration for ESPN is making sure their networks are quickly in a place to cover these lives respectfully when passings happen.

“It’s a process we take seriously. We think our audience deserves it, and we think the people deserve it, to have us tell stories appropriately. We’re fortunate enough to have a really good features and storytelling team. That’s why I mentioned Denny and Marc and those guys, they put together really good stories. And we feel like these are stories that are in the same vein as the rest of our features coverage. We spend time on it and we take it seriously.”

He said he thinks this approach helps them elevate SportsCenter and their other shows, and set those shows up to cover these stories well.

“SportsCenter’s the news show of record for us, and we want SportsCenter to have the right feeling for storytelling. And these do. …It’s something we do take some pride in, for the reason we think it serves our audience really well.”