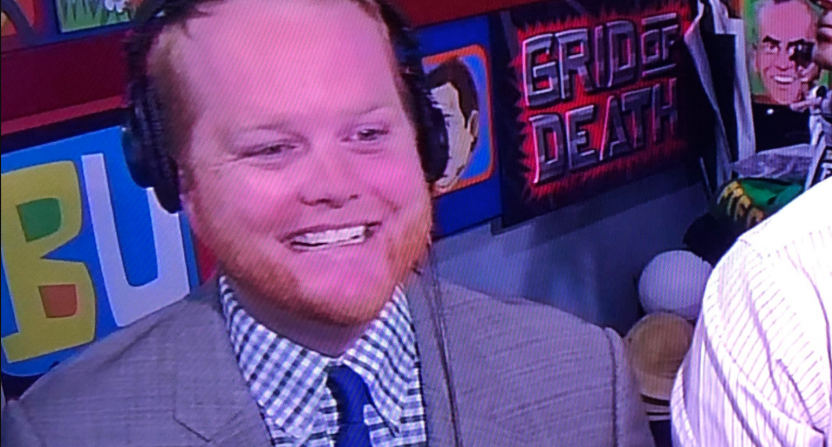 Amid ESPN’s latest wave of layoffs, fans of The Dan Le Batard Show with Stugotz were most disappointed with the dismissal of longtime producer Chris Cote.

… It goes without saying but I can’t thank ESPN management and the entire @Lebatardshow family enough for all the opportunities they have given me. Stay tuned for what’s next.

Cote, 33, had been a full-time ESPN employee with a prominent role on Le Batard’s show since 2012. He was one of the 300 employees let go by the network, along with 200 open positions that will no longer be filled. Cote was the only staffer from the Le Batard show who lost his job.

Nobody radiates joy like Chris Cote, who quickly became one of my favorite people at ESPN, even as he was dusting me in a series of wildly humiliating footraces. I miss so much him already. https://t.co/anW9dPDyjg

Many fans (notably from the show’s devoted Reddit group) and colleagues expressed their disappointment over the decision on social media. Most important among them was Le Batard himself, who’s had to deal with several decisions affecting his radio show and podcast in recent months, including losing one hour on ESPN Radio’s on-air schedule. But the network eventually added two hours of podcast programming to Le Batard’s daily output, arguably giving listeners more content to enjoy (albeit not on terrestrial radio or TV simulcast).

Faced with losing his producer and key part of the show, Le Batard addressed Cote’s dismissal directly and decided to take care of the matter himself.

On Wednesday’s show, Le Batard told listeners he was “blindsided” by the layoff, of which he wasn’t consulted or warned. In response, he announced that Cote was being rehired for the show, with Le Batard paying him to be his “personal assistant” and giving him a raise.

“We have spent the last five days trying to figure out what it is we can do with this,” said Le Batard, as transcribed by the New York Times‘ Kevin Draper on Twitter.

“And I am actually happy to report, and this is a pretty cool thing, to be able to report, because some creativity was required of us to get here, I am going to hire Chris Cote as my personal assistant to fill the role, with a raise on his present salary, vacated by Allyson Turner.”

Turner, who books guests as a producer for the Le Batard show, vacated the personal assistant role when she was transferred to ESPN’s headquarters in Bristol, Connecticut.

The most underrated part of this gloriously heartwarming development is that @ChrisCoteESPN is going to be such an amazingly awful personal assistant IRL.

Asked to clarify by producer Mike Ryan what this meant, Le Batard confirmed that Cote was back on the show which drew raucous applause in the studio. (OK, most of the noise came from Le Batard himself…)

While Le Batard said he understood that Cote’s layoff was a numbers decision made by a giant corporation, it was a terrible human decision. Had he been consulted, he would’ve fought for Cote but never got the opportunity. So he subverted the company with his own personnel move.

“How do you guys not understand what this audience loves about the show?” said Le Batard. “It’s this weird, dysfunctional group that’s like The Office, that loves one another, and it’s just a weird thing that exists. And when you take Chris Cote out of it, […] we’re all different personalities, no one here has ever had any issue for five seconds with anything involving Chris Cote.”