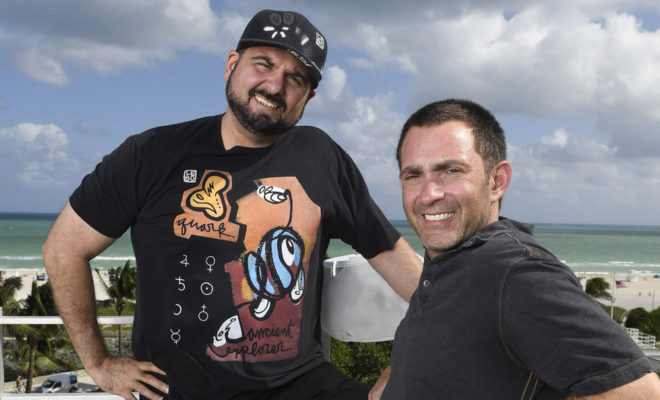 Fans of The Dan Le Batard Show with Stugotz upset that the program was losing an hour in ESPN Radio’s new lineup (debuting Monday, Aug. 17) will be able to get some bonus on-demand. Actually, listeners will get two extra podcasts of Le Batard and Stugotz.

On Friday, ESPN announced that Le Batard’s show will produce two daily podcast-only episodes, one of which will be posted before the regular radio show goes live from 10 a.m. to noon ET (also simulcast on ESPNEWS). The other will be a “post-game show” to be posted after the radio program signs off.

Additionally, the final hour of the show — which will only be broadcast locally in Miami, not on ESPN Radio — will also be available via podcast.

According to Le Batard, the podcast available before the national radio show airs will be one-hour long. No word on the post-game show, however. Maybe 15 minutes? A half-hour? Either way, that’s more than four hours of Le Batard programming including Highly Questionable on television, which will move to 2:30 ET on ESPN.

Those who listen to The Dan Le Batard Show through terrestrial radio will miss out on that extra content, but the program has always drawn a big audience through podcasts. The show is ESPN’s top-ranked podcast and third overall in the sports category on Apple Podcasts (behind Pardon My Take and The Bill Simmons Podcast). Several additional podcasts are also available under the “LeBatard and Friends” banner through the ESPN Podcenter and your podcast app of choice.

So boosting that digital content looks like a smart move, especially if it appeases those who weren’t happy about Le Batard losing an hour in favor of Mike Greenberg’s new ESPN Radio show. It’s certainly preferable to Le Batard being taken off ESPN Radio entirely, which was reportedly being considered back in April.