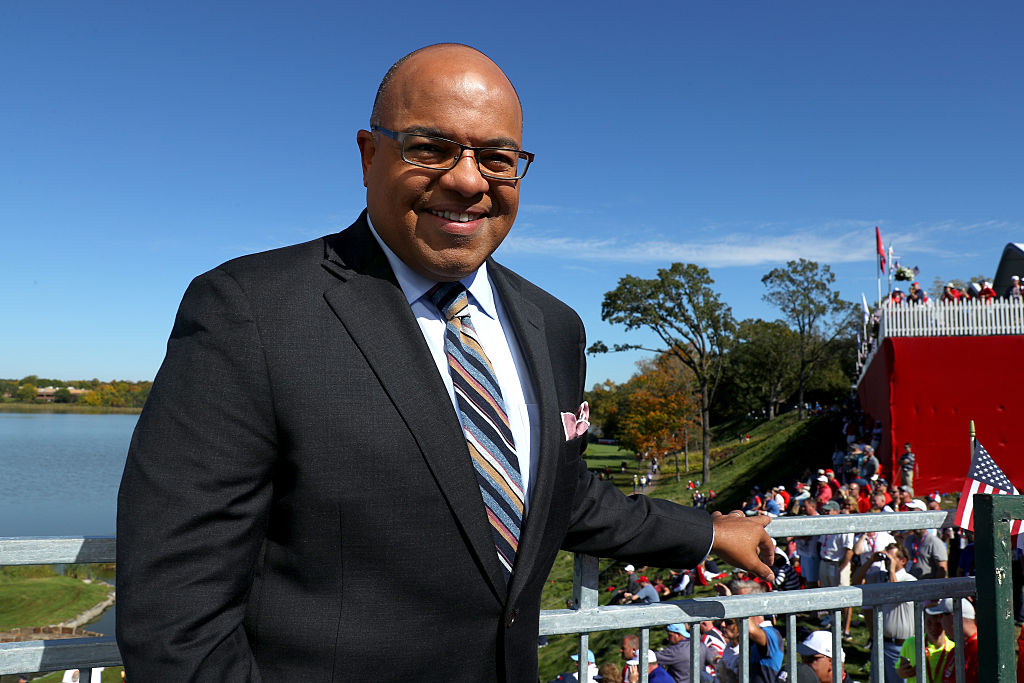 Earlier this week we encountered the mini-beef between sports blogger Bill Simmons and lead NBC NFL analyst Cris Collinsworth. Simmons called out Collinsworth for something he said during the Patriots game and Collinsworth made fun of Simmons’ HBO show getting canceled. Then Simmons had Collinworth onto his podcast, because that’s the way that hatchets are buried in 2016.

Simmons and Collinsworth quickly got past their extremely brief social media scuffle and had a pretty engaging discussion. That discussion included Collinsworth breaking some news about the Sunday Night Football broadcast booth. Namely, Collinsworth says Mike Tirico will call some games this year with him on Sundays.

Collinsworth: “I don’t think he’s doing Sunday, I don’t think he is. He’s going to have a few games off and Mike Tirico is going to come in and do a few of these games. I don’t know exactly which games it is that he’s not going to do but they’re going to take care of my boy because we want him to be broadcasting at age 957.”

If you have been following the sports media beat this year, you know that there was a controversy earlier this year when NBC reportedly wanted Tirico to broadcast the Thursday Night Football package to spell Michaels and keep the 72 year old announcer from having to call two games in four days. However, the NFL stepped in and put the kibosh on the idea because they wanted the lead announce team from each network, aka Michaels and Collinsworth and nobody else, to do the Thursday games even though Tirico is one of the best announcers in sports. It was a bizarre case of unnecessary micromanagement that only the NFL could do in their detachment from reality.

According to Matt Bonesteel of the Washington Post though, Tirico might call a mix of Thursday and Sunday games and even a couple games with NBC’s Notre Dame analyst Doug Flutie.

Hopefully this brings an end to this strange story and Tirico gets to call some games this year because he’s too good and too valuable to not call NFL games. This job is going to be his for the next 20 years after all. And I’m sure when he signed on with NBC this year there was a hope that he would still get to call some NFL games with the new Thursday package.

UPDATE: Seconds after we published this story, NBC made Tirico’s assignments official in a press release. The network confirms Tirico will work this Sunday’s Green Bay-Washington game as well as the network’s Thanksgiving night game (Pittsburgh-Indianapolis) and Kansas City-Denver on Sunday November 27th. Tirico will call another Thursday Night Football game with Collinsworth on December 22 (Giants-Eagles) and two NFL Network games with Flutie on Saturday December 17 (Jets-Dolphins) and December 25 (Baltimore-Pittsburgh)

The assignments will mark Tirico’s regular-season play-by-play debut on NBC’s NFL coverage, and will provide Al Michaels with a midseason break.

“With the additional games on our schedule this season, it’s nice to have a bye week,” Michaels said. “We’re lucky to have someone of Mike’s caliber to step in with Cris, Michele and the rest of the team.”

“Once we added TNF, we always planned to give Al a chance to recharge to help him maintain his standard as one of the all-time greats. This week was the ideal time due to travel,” said Fred Gaudelli, Executive Producer of NBC’s Sunday Night Football and Thursday Night Football.  “With Mike the voice of Monday Night Football for the last 10 years, we are fortunate to have two exceptional NFL play-by-play voices.”

Following Green Bay-Washington, Tirico will join Cris Collinsworth in the booth for NBC’s Pittsburgh-Indianapolis Thanksgiving night game, and the Kansas City-Denver Sunday Night Football game on Nov. 27. In addition, Tirico and Collinsworth will call the N.Y. Giants-Philadelphia NBC Thursday Night Football game on Dec. 22.  Tirico joins Doug Flutie in the booth for the Dec. 17 Miami-N.Y. Jets and Dec. 25 Baltimore-Pittsburgh games, which will be televised on NFL Network.