Now that the NHL season is over, it’s time to put a bow on our Don Cherry Playoff Wardrobe Retrospective series for another year. Sad, we know. But cheer up, and get your retinas ready.

Unlike last season, the polarizing Hockey Night in Canada pundit gave us so many eye-popping outfits this time around that it required two separate posts. You may remember that we gave you an edition about half-way through the postseason after Cherry wore a suit jacket full of cherries and a tie with his own image on it.

Well, without further ado, here’s everything else he donned in the 2014 Stanley Cup playoffs: 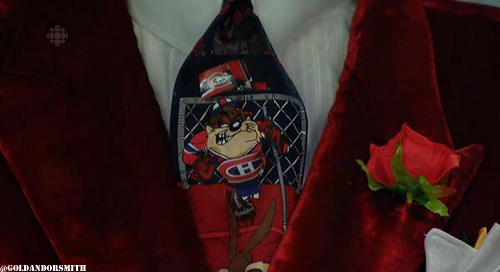 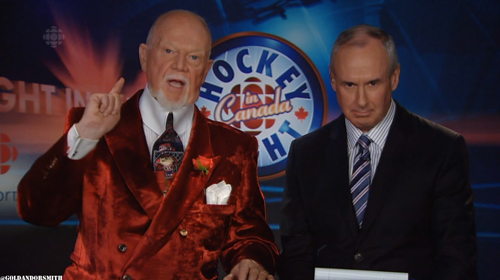 With the Montreal Canadiens in the Eastern Conference Final, Cherry reminds us that there was a time (in the ’90s) when everything had Looney Tunes characters on it. 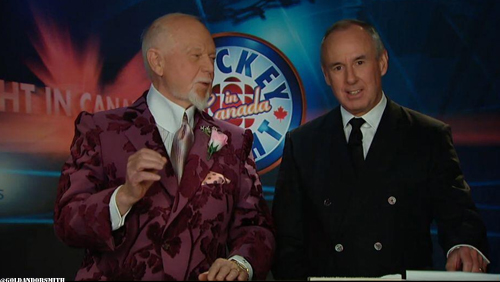 Don loves flowers (more on that in a moment), and here he is wearing what appears to be a tablecloth. 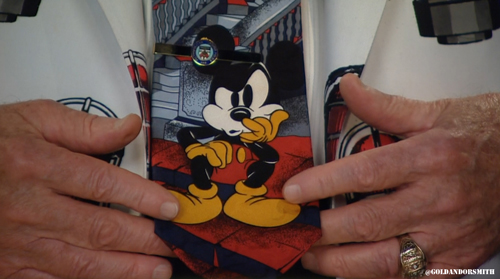 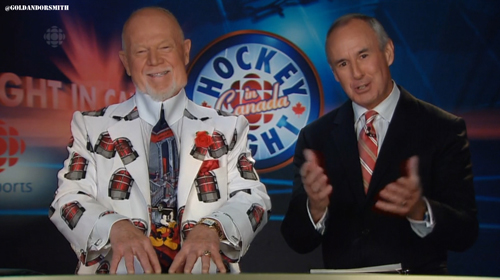 Budweiser’s sponsorship of CBC’s hockey broadcast is well known to Canadian hockey fans, who are subjected to the company’s goal light commercial before every single “Coach’s Corner” segment. Don has worn this jacket before, but never with a Mickey Mouse tie. Between the Budweiser jacket the Disney tie, he’s making a couple of corporate giants happy here. 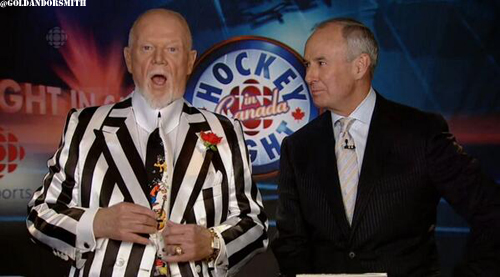 We’re not sure if Don was paying tribute to the Tim Burton classic, NHL officials, or actual zebras here. 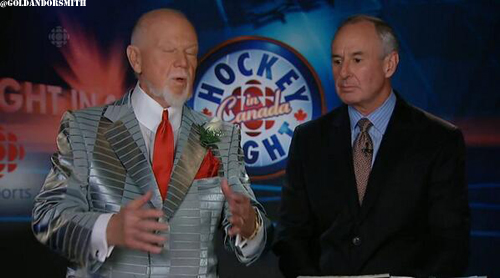 You may recall he previously wore this one in gold and purple. He may look like the Tin Man from “The Wizard of Oz”, but don’t ever tell him he has no heart. 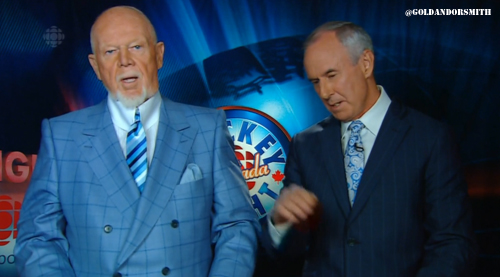 Sure, the jacket doesn’t look very exciting on first glance, but if you look closer, you’ll see a grid pattern that either pays tribute to Toronto’s own grid or the inside-the-computer world from the “Tron” movies.

It’s also worth noting that this edition of “Coach’s Corner” aired live while news broke about the death of three Royal Canadian Mounted Police officers in a shooting in Moncton, New Brunswick.

Don revealed he had coincidentally chosen to wear an RCMP pin on his tie before the incident took place. 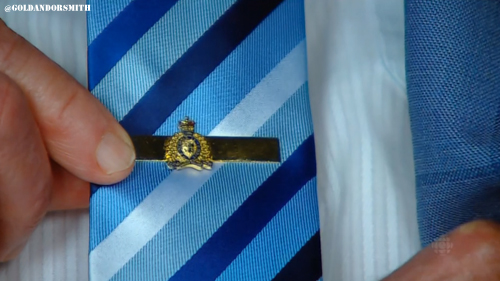 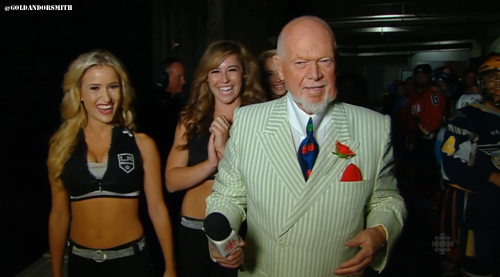 With apologies to Frank Valli and the Four Seasons, here he is once again wearing a self-aware tie with cherries on it, much to the delight of the Los Angeles Kings ice girls.

Still got it, Don. 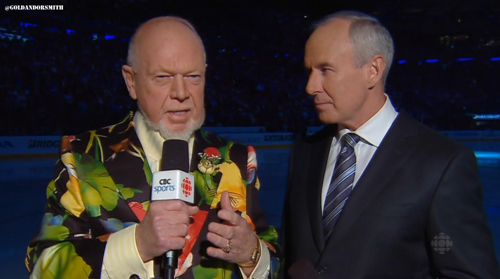 While the players prepared to play on the frozen water of Madison Square Garden for Game 3 of the Stanley Cup Final, Don’s suit looked like an unfrozen pond. He also wore this jacket on the final night of last season. 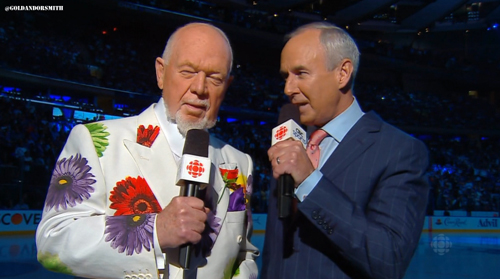 Game 4 marked the return of the shower curtain jacket, featuring some of the colorful flowers Don loves. He last wore this one almost exactly one year earlier, on June 12, 2013 in Boston. Spooky. 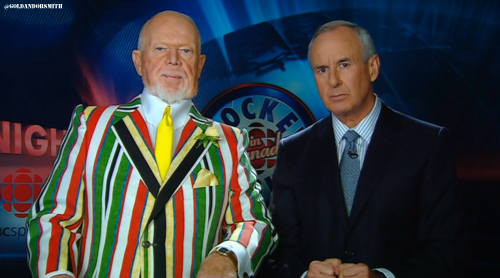 Game 5 of the Stanley Cup Final brought the return of the candy cane suit jacket.

He wore this one on June 22, 2013, coincidentally Game 5 of last year’s Stanley Cup Final between the Chicago Blackhawks and Boston Bruins. No Dr. Seuss-meets-Croatia hat this time, though.

So there you have it. Don’s sartorial selections were a sight to behold (or perhaps repress in the deep recesses of our memories).

Either way, they entertained us and made an incredible playoff run even more memorable. We hope you survived these posts with minimal damage to your eyes, stomach and brain.

Disclaimer: Awful Announcing is not responsible for any eye damage this post may cause. If you experience blurred vision, vertigo or nausea as a result of exposure to this post, please contact your physician.